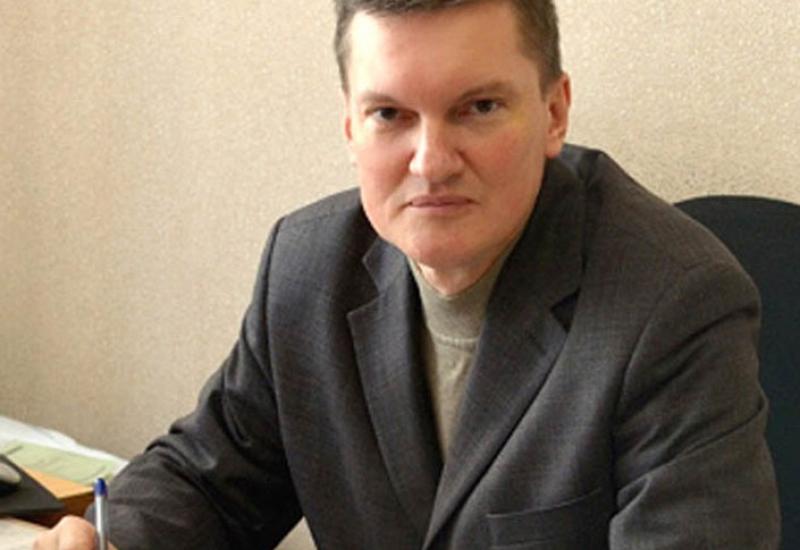 It is a great honor for the University to grow within its walls scientists whose research contributes to the further development of technical sciences, affirming the high authority of national science, and the development and introduction of new technology make a significant contribution, in particular to national security and defense. We are pleased to congratulate  Professor of FEL Sergiy Naida on the award of the 2018 State Prize of Ukraine in Science and Technology.

About him. All his life and career are connected with the Kiyv Polytechnic. After graduating in 1992 with honors  the Faculty of Electroacoustics at Igor Sikorsky Kyiv Polytechnic University, he entered postgraduate studies at the Department of Acoustics and Acoustoelectronics, which he graduated in 1995, and the following year defended his thesis "Piezoelectric Converters of Medical Ultrasound" V.S. Didkovskiy). In 2000-2002 he was awarded a scholarship by the Cabinet of Ministers of Ukraine for young scientists. In November 2010, the scientist defended his doctoral thesis on "Theory and design of broadband electroacoustic tracts for medical devices" (scientific adviser - Prof. V.S. Didkovskiy).

It is possible to name the following basic stages of scientific and pedagogical activity of the teacher and the scientist: 1995-2000 - assistant of the department of acoustics and acoustoelectronics; since 2000 - associate professor of this department; since 2008 performs the duties of the Deputy Dean of the Faculty of Electronics for educational and methodical work, is the chairman of the methodological committee of the FEL, a member of the Methodical Council of Igor Sikorsky Kyiv Polytechnic University, a member of the expert council on educational publications and a member of the specialized scientific council Igor Sikorsky Kyiv Polytechnic University; since September 2011 - Professor of the Department of Acoustics and Acoustoelectronics. The main direction of Naida's scientific work is the development of methods of construction and calculation, as well as the creation of modern and new wide-band medical electroacoustic devices for diagnosis and treatment.

About the study. It is known that a complex picture of physical fields arises in the process of human life. And at the same time man is exposed to the action of external fields and is their source. The distribution of physical fields in space and the change over time carry important biological information that can be used for medical diagnosis and therapy.

Narrow-band ultrasonic medical diagnostic and therapeutic devices are already used for the diagnosis and treatment of various diseases in therapy and audiometry. Numerous attempts to create medical devices, but in the broadband version, have been made before, but did not produce the desired results due to errors in understanding the principle of their operation.

- a broadband piezoelectric emitter that can be used in ultrasonic devices for the treatment of a number of diseases is proposed;

- Broadband piezoelectric transducers for ultrasonic scanners (echoscopes) have been developed, which allow dynamic frequency scanning and echo signal filtering with a narrow band;

- the theory of "middle ear of man" was created, a new method of research and diagnostics of hearing - ear echospectrometry was proposed, the experimental model of the apparatus was calculated and created. The method of screening of newborn hearing is based on the determination of the individual quantitative parameter of the middle ear norm with the help of a wideband acoustic auditory echoscope;

On the initiative of Sergiy Naida new specializations were opened at the Department of Acoustics and Acoustoelectronics: in 2016 - "Bioacoustic systems", in 2017 - "Acoustic monitoring, bio- and psychoacoustics". Within these specializations, the scientist as a leader or responsible performer has made his creative contribution to the implementation of state research: "Creating an auditory echoscope - a new device for basic research and diagnostics of hearing", "Development of an acoustometer for early functional diagnostics and control of the deep temperature of the human body", " Development of a new generation of medical devices - broadband ultrasonic physiotherapy radiators with the possibility of simultaneous iontophoresis "," Development of a broadband acoustic ear echospectrometer and new effective program of universal audiological screening of newborns "," Development of a non-invasive passive acoustic system for the next generation to measure critical physiological parameters of the brain and inner ear of a person "and the creation of new samples of medical acoustic technology.

Separate questions about these developments were suggested for master's theses and business works. For five years, under the guidance of Professor Naida S.A., 12 bachelor's theses, 22 master's theses were defended, among which the students published 23 scientific works. He lectures on the courses "Physical Acoustics", "Psychoacoustics", "Scientific work on the topic of a master's thesis".

Achievements. In 2016, a scientist was awarded with the Honorable Mention of the Academic Council of Igor Sikorsky Kyiv Polytechnic University for his considerable contribution to the development of the University, strengthening of its state and international authority, education of highly qualified specialists. For many years of diligent work, a significant personal contribution to the training of highly qualified specialists and fruitful scientific and pedagogical activity in 2015, he was awarded with a Certificate of Appreciation, and in 2017 -  Certificate of the Ministry of Education and Science of Ukraine. In 2013-2016, four times in a row, Nayda S.A. won the University Contest "Teacher-Researcher".

Professor Naida's creative contribution to the development of medical acoustics is more than 150 scientific and methodological works, of which more than 90 articles (14 - in foreign editions), 3 monographs (one - in foreign edition in English), 4 textbooks, 17 manuals with the stamp of the Ministry of Education and Science of Ukraine, the Academic Council, and the Methodological council of Igor Sikorsky Kyiv Polytechnic University. The total number of references to Professor Naida's publications is according to the Scopus database - 46, h-index - 5, according to the Google Scholar database - 303, h-index - 9. 12 Ukrainian patents for inventions and utility models were obtained . On the subject of works on medical acoustics under his direction, 4 PhD theses were defended.

Professor Nayda S.A.  is characterized by fundamental knowledge, scientific and pedagogical experience and the ability to pass them on to the younger generation. He has great respect and authority among students and faculty.