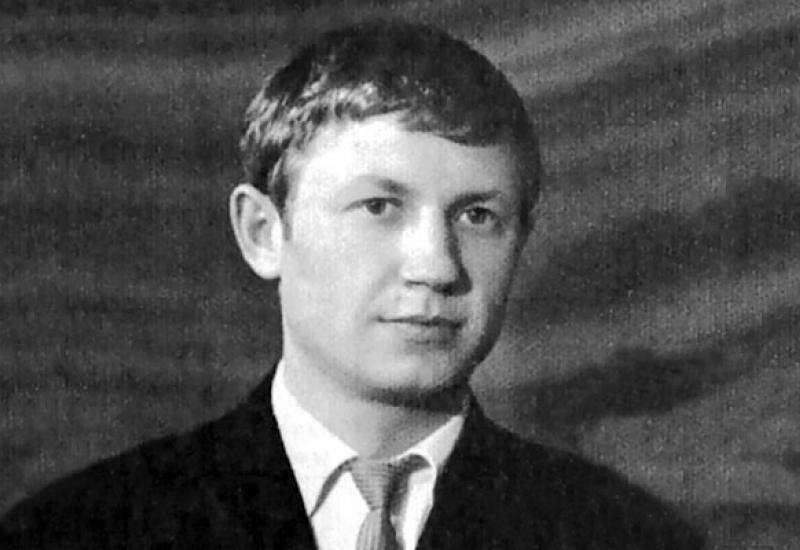 The second generation of Ukrainians, who know about Chornobyl accident only due to stories and documents, has born. On April 26th 1986 during test procedures at the reactor number 4 of Chornobyl Nuclear Power plant an accident happened and 7 tons of nuclear fuel contaminated the environment. 160 thousand of sq km of territory got contaminated in Ukraine and Belarus, while 9 million people suffered.

The years go by, but the names of heroes, who at the time of disaster were curbing unbridled nuclear power with no hesitation, do not vanish from the memory of thankful compatriots. Annually, Igor Sikorsky Kyiv Polytechnic Institute reports about engineers, both dead and alive, who participated in elimination of the accident consequences. Today we are telling about the first of them – the graduate of Igor Sikorsky Kyiv Polytechnic Institute, the Hero of Ukraine Oleksandr Hryhorovych Lelechenko. An ordinary young man from Poltava region, he was neither dreaming of heroic achievements, nor was he looking for heroic profession. It is fateful that due to his professionalism and sacrifice a great disaster was stopped.

Oleksandr’s childhood was not easy. His father left family and the boy had no mother. He studied at KharkivAviation College, at the school of Higher Aviation training. Between 1961-1966 he was the student of Faculty of Electric Energy at Kyiv Polytechnic Institute. According to archive data of Igor Sikorsky Kyiv Polytechnic Institute: over the whole period of studies 45 courses are finished, 17 of which are assessed as “excellent”, while 21 assessed as “good”, diploma project was defended “excellently” and Oleksandr got a qualification of electric engineer in “Electric Power Plants”. He got experience and improved professional skills at Sloviyansk State Regional Electric Power Plant: he was the Shift Supervisor, the Deputy Head of Electric Workshop. Beginning from January 1975 – he was the Senior Craftsman in electric equipment usage at Zaporizhzhya State Regional Electric Power Plant (Energodar). Beginning from March 1975 – he was the Shift Supervisor of electric workshop, from 1979 – the Deputy Head of electric workshop of Chornobyl Nuclear Power Plant.

Young, vigorous, with brilliant organizational skills and good luck, he loved to work with the youth, he shared his experience with them. He demonstrated diligence and insistence towards himself and his mates, high level of technical knowledge, broad vision. P. S. Bozhko, veteran of Chornobyl Nuclear Power Plant, the graduate of the Department of Automation of Heat and Power Engineering Processe of Igor Sikorsky Kyiv Polytechnic Institute, at that time the executive worker of Chornobyl Construction and Assembly Department of “Hidroelektromontazh” Trust, recalls being proud of himself when his electric equipment assembly work was accepted by Oleksandr Hryhorovych without any concerns. “It was pleasant to communicate with O. Lelechenko, - veteran says. - He knew that time is priceless, but he always found time to listen to subordinates, ironworkers and tuners. In complicated cases he made decisions that could not effect someone negatively and with maximal benefit for production.”

Petro Petrenko, the graduate of the Faculty of Electric Energy at Igor Sikorsky Kyiv Polytechnic Institute, says: “I performed commissioning works for electric equipment at Chornobyl Nuclear Power Plant, while Oleksandr Hryhorovych accepted the works performed. He was ten years older, was well-experienced, and I managed to learn a lot from him. Step by step, we became more than just colleagues, and we went to woods together where we gathered berries or mushrooms. Sometimes we even raced each other on our old cars…”

During the first hours of the accident Oleksandr Hryhorovych was called to the station. The chronicles are poor and of few redundant: “Personably provided electric supply to the equipment of security system and fire suppression. In conditions of high level of radiation organized immediate works preventing explosion of turbogenerator of the second phase. Personally performed necessary switches at electrolysis plant, preventing the supply of hydrogen, which could explode at any moment, to the power house of the plant, on the roof of which fire had already been blazing.” The veteran of Zaporizhzhya Nuclear Electric Power Plant O. H. Malyshko recalls: “He performed elimination of the accident consequences in a zone of high radiation contamination at the risk of his own life, preventing the subordinates from staying in dangerous places.”

Honored engineer in energetics O. B. Meleshko gives more details on this story: “Oleksandr switched off the voltage personally and allowed firemen to suppress fire as he guaranteed the absence of voltage in writing. Whereas it was impossible to guarantee the absence of radiation, instructions told nothing about it. He identified intensive flow of hydrogen to the power house of blocks number 3 and 4, which could be cut off only at the electrolysis plant. There was a threat of powerful hydrogen explosion, bigger than the one that had happened. So, Oleksandr, striding on the radioactive graphite debris, got to the receiver box and turned the appropriate valves off (as it opened later, the military men protected by tank armour, got a year dose of radiation flying over that area at the speed of 90 km/h). Oleksandr came back to the power house, checked whether hydrogen still was flowing (obviously, there was a flow of hydrogen remaining in the pipe lines), went to turn off the valves again. Then he came back and with contentment declared that hydrogen was absent. Just a routine saving mankind”.

The Head of the Radiation Security of the plant M. I. Istomin proposed O. Lelechenko to leave Chornobul Nuclear Power Plant site several times. Anyway, Oleksandr “didn’t hear him”. Oleksandr Hryhorovych had to be transported to Moscow with the first group of victims. Despite strict demand of the director of the plant V. P. Briukhanov Oleksandr escaped from the hospital and came back to the plant at once. Only on April 20th he was urgently taken to Kyiv hospital. M. P. Yahodin, the doctor who accompanied the hero, was worried so much that he would not bring the patient on time. However, Oleksandr lived a week more being diagnosed “acute radiation sickness, radiation dose – 2500 r-units). Buried in Poltava region.

In the memory of descendants

The main newspaper of the USSR “Pravda” wrote in May 1986: “O. Lelechenko thought about the safety of other people, about everybody except himself. He had to turn off the dampers of hydrogen supply. He did not let anyone to do this, he did it himself”.

Hot his heroic deed in the name of modern and future generations, personal courage and self-sacrifice, which were demonstrated during the elimination of the accident at Chornobyl Nuclear Power Plant, posthumously awarded the Order of Lenin, the award of the President of Ukraine – the Cross “For Courage” (1996). In 2006 was awarded the Order “Golden Star” and the title Hero of Ukraine.

The memory about the hero is perpetuated by the plaques at the main gate of Zaporizhzhya Thermal Power Plant, on the building of the Centre of Education and Training of Zaporizhzhya Nuclear Power Plant, etc. Now the intercession of the veterans of energetics to establish a plaque honoring the memory of the Hero of Ukraine, the graduate of Igor Sikorsky Kyiv Polytechnic Institute O. H. Lelechenko on the campus. Let it be the reminder for the younger generations of both the devotion to science and social awareness which always has to accompany science.