Y.V.Kuzminskyy: "I have had good teachers" 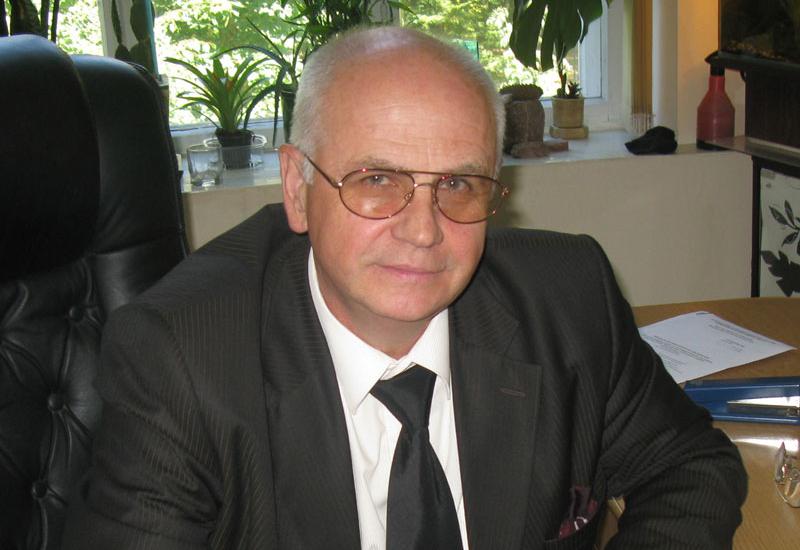 On October 25 last year, our newspaper published an article entitled "Department ecobiotechnology and bioenergy : inseparability of teaching and research ." The paper discussed the dynamic progress of a group of the youngest departments of our university as the time of existence ( founded in 2004 ), and the average age of the teaching staff - 44 years. The Department conducted the first in Ukraine issues bachelors and masters in the field "Environmental biotechnology and bioenergy ." Last year, the average rating of teachers took 4th place in CPI, in terms of teaching methods - 10th place , research and innovation work - 8th place .To a large extent, the success of any department depends on its head. Conversely , the achievement of the department positively affect personal rating its head . It is not surprising that the results of 2012 organizer and Chair Dr. Sci. Y.V.Kuzminskyy has been awarded " teacher -researcher ". From our correspondent met him .

- Dear Eugene Vasilyovich! I understand that the management of the department in a research university , which should be learning, and education and scientific work - is not easy . Especially at the initial stage of its formation. Because your department is developing quite successfully , I would like to know the secret of success. I assume that you know the secret and will share it with our readers.

- As you correctly mentioned , the activities of the department has several components and can be successful when they are in harmony. The team can work and develop successfully , when the head is a researcher and educator (not only for students) and organizes work well. Before becoming head of the department , I studied a lot –  worked as a researcher, supervisor, director of the specialized agencies of Ukrainian NAS to develop lithium power sources, I was getting diverse experience ( scientific, engineering-technological, organizational-managerial), finally  I was earning an appropriate reputation – without all these facts I would not get everything that I have now . To some extent I was lucky one I worked with people "with a big Capital " who taught me a lot by their own examples –  mostly they are academics Yu.K. Delimarskyy , O.V. Horodyskyy , V.P. Kuchar , V.V. Smirnov , V.P. Horbulin .

- When began your way to science?

- My science trip began in the 1966-1972 in the Chemical Engineering Faculty of Polytechnic Institute, the Department of electrochemical technology Industries. Then the department was headed by an outstanding scholar and teacher Professor Lev Ivanovich Antropov. There was the atmosphere of great respect for science, world-class researches were carried out. The last year at the university I combined my study with work at the Institute of General and Inorganic Chemistry (IGIC) AN USSR.

- And what happened after graduation from the KPI?

- After graduation, I started working in IGIC as an engineer in the department, which was led by academician of AN USSR O.V. Horodyskyy, to the purpose, the finalist of Technology Electrochemical Production Department of KPI. He became the supervisor of my MPhil thesis and Ph.D. dissertation, also became my Teacher for life. In 1979 I defended my MPhil thesis. In 1980-1983 I worked at the Presidium of AN USSR Academy of Sciences as a scientific consultant in chemistry and chemical engineering. This made possible to expand the range of issues that I needed to possess. In 1983, I returned to IGIC, where I continued my studies according to the energy conversion and, in particular, electrochemical energy. I also supervised development, which included custom enterprise engaged in the implementation of research results into production. Since the work achieved some success in 1990, after defending Ph.D. dissertation, I was appointed as a Director of Research and Engineering Center                                         “Technoelektrochim” NAS of Ukraine, which was created on the recommendation of academician O.V.Horodyskoho on the base of pilot production IGIC .

The main focus of this center was to develop a chemical current sources of different electrochemical systems, including lithium anodes and electrolytes from non-aqueous solvents and electrolytes based on molten salts. The Center conducted research and design work as well as development of new technologies and production of pilot lots of CDU.

In 1997 I was invited to head the newly created Secretariat for the effective development of Science and Technology in Ukrainian Council of Science and Science-Technology Policy under the President of  Ukraine. Since 2001 I had been combining this post with the post of professor of physical and chemical processes Biotech Faculty of Biotechnology and Bioengineering, and since 2004 - Head of Department ecobiotechnology and bioenergy.

- How did you begin working in the sphere of ecobiotechnology and bioenergy?

- I was interested in electrochemical processes that occur in biological systems, and with regard to ecobiotechnological aspects of this area I was into while working at Science and Technology Ukrainian Council of Science and Science-Technology Policy under the President of  Ukraine . After reading the appropriate literature I realized that biotechnology and its directions as ecobiotechnology and bioenergetics, today is one of those industries that determine the level of world civilization and is rapidly developed.

In this area, I found a site that is linked both with my basic education - Electrochemistry and with my achievements in the field of electrochemical and systems of  energy conversion as well-known as a bioenergetics. In my opinion the major attention deserves a system of power that with the help of microorganisms is capable to convert chemical bond energy of organic molecules into electrical energy. Similar processes can avoid the heat stage, transforming free energy immediately into electrical energy. Thus, the energy of organic compounds will be most effectively used , and thus the environment is not contaminated excessive heat. Such technology will significantly reduce the consumption of fossil fuel, while reducing energy consumption. In recent years, the subject of bio-fuel elements received a powerful impetus through the growing interest in the production of so-called "green" (or environmental ) of electricity as microorganisms ( including bacteria , yeast, algae , etc.) can be used as fuel almost the entire range of organic substances, including a variety of wastes. This is an opportunity to simultaneously address both environmental and energy problems. This primarily refers to the wastewater. For instance, in our department the works are aimed to find and use the microorganisms which are able to both detoxification and decomposition of some of the most problematic environmental pollutants, particularly waste water and to generate electricity. These bacteria are capable of continuous production of electricity in sufficient quantities to power small electronic devices. All of this will be the basis Ecobiotechnologies that may play a crucial role in the reconstruction of wastewater and thus can receive a certain amount of electricity. In a similar principle on a new basis can be built and solar panels. If we can include in such biofuel items chlorophyll from plants and a number of auxiliary enzymes, then the excitation energy of chlorophyll photons of light can take directly to the conductive substrate.

- What would you advise to young people who want to do something conspicuous in science?

- Firstly, to achieve something in science, you need a good basic training manual for outstanding scholar and teacher - such as, for example, Lev Ivanovich Antropov, therefore, a student should actively acquire knowledge. Secondly, in the future you should find a supervisor, who could teach you, such p erson for mewas the academician Alexander Gorodysky. And thirdly, you should be determined to work hard and lifelong learning.