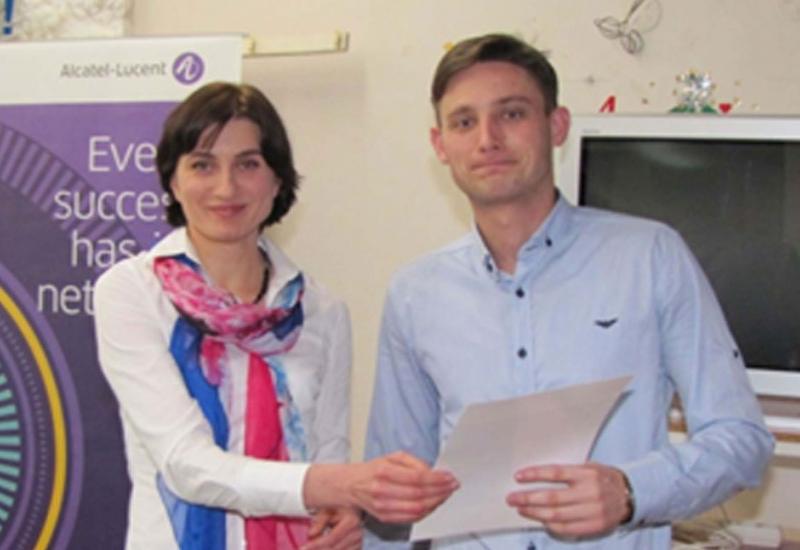 Not for the first time in its history, the Institute of telecommunication systems had a week of celebration the Day of radio, television and communication. Every day the students came representatives of different telecommunications companies invated on the internship program, students acquainted with new developments, presented their company. It's nice that the ITC graduates are in demand from leading companies in the market - not for nothing was written summaries mountains, studied volumes of books and made numerous exchange and settlement work. Knowledge and truly behind not wear.

The company  life :) works with ITS. She again presented its internship program "Jump into life," began his career at which many employees - graduates of ITS. A "MTS Ukraine" was first organized for senior students training called "3G Dream team". Those who passed the selection, first wait for integration training (up to 3 months), and professional paid internship the selected direction (up to 6 months). Company "Kyivstar" offers internships for 1-3 months, after which, on the recommendation of the head of the department, the student may be admitted in state companies.

The company "Alcatel-Lucent" began November 18, 2015 a series of seminars, presentations, which presented the current trends in virtualization technologies, network communications infrastructure cloud computing. With these technologies it was decided to challenge connection  new branches of large corporations. The company "Alcatel-Lucent" well-endowed names them scholarships to students for excellent training and competitions and winning the Olympics (pictured).

November 19 took over the baton Nokia, acquainting students with their activities and new developments. The company has the largest LTE network in the world: 14 of the world's 15 largest mobile operators of using its equipment. In the future, the company plans to move production from infrastructure equipment to develop its own software telecommunication networks.

Last, but not least, lecture, held on November 20 from "Kyivstar". The largest customer base of 26 million subscribers, 400 settlements with 3G coverage, more than one million users of third-generation networks - is not the whole list of achievements. Students learned "first hand" a lot: about the real situation on the market telecommunication, competition between mobile operators and various Internet applications, and many other interesting facts.

We hope that these lectures will take place not only within the dates, but also throughout the year. Those wishing to listen to them - more than enough.