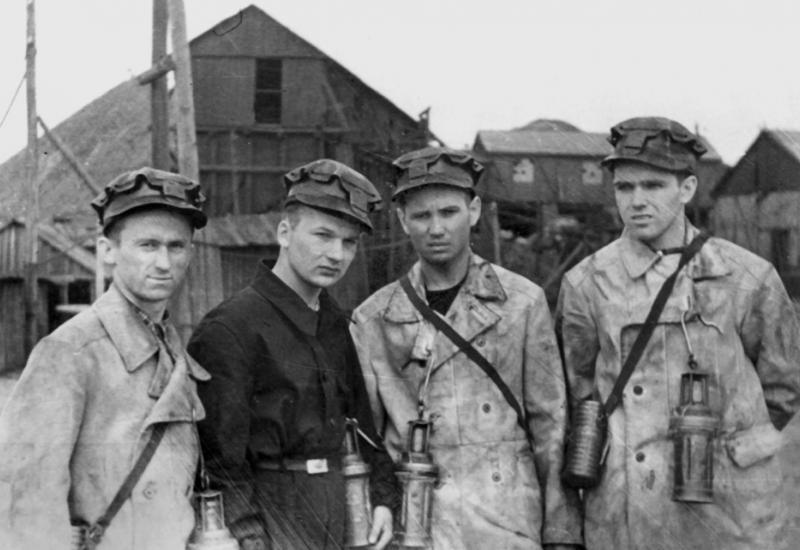 On April 24, 2017, on the 86th year of life, Sergiy Pavlovych Fishenko, the director of one of the best Donbass mines, “Krasnolimanska”, deputy head of the heavy industry department of the Cabinet of Ministers of the Ukrainian SSR, the leading specialist of the production association “Burvuglecomplex”, the laureate of the State the prize of the USSR passed away.

S.P. Fischenko was born on May 9, 1931 in the village of. Furmanka, Cherkassy region. In 1951, he graduated from the school with a gold medal and entered the Kyiv Polytechnic Institute at the Mining Faculty, which graduated with honors in 1956.

He was always proud to have chosen a hard mining profession. The work of miners, which is famous by legends and sung in literature and art, is heavy and heroic. One can say that it lays the foundations of the state's economy: it gives light, warmth, energy, creates the welfare of the inhabitants. Metallurgy, machine building and construction are also impossible without the work of miners. After graduating from the Institute, S.P. Fischenko received an appointment at the mine “Tsentralna” in the Donbass, where he started his career from the position of the mining master. Courageous people are in the mines. Extraction lasts 24 hours a day, weekends, 4 changes. It is necessary to work at depths up to 1500 meters, and sometimes - even deeper. At any time of the day you can be called for work. And the master immediately gets to the mine, descends hundreds of meters under the ground and gets to the object, where people can not cope with the next problem without his experience and knowledge. At that time, V. Gaganova's work was urgent – the transfer of production leaders to lagging parts to raise them to the level of advanced. Using his experience, authority and ability to work with people, S.P. Fischenko twice led the lagging teams in the front line.

From this “start”, having overcome all the steps of the miners' universities, the KPI graduate raged quickly and confidently to the top of the mining industry. Despite his youth, his mining authority grew: mining master, assistant chief of the mining site, chief of the ventilation section, assistant chief engineer, chief engineer of the mine. He well understood the truth: “If you want to succeed, create such conditions of work for people so that they can not only work highly productively, but also want to work at full strength”.

In 1961, S.P. Fischenko appointed a chief engineer of the mine named after T.G. Shevchenko. Applying technological innovations, the mine team in a short time turned out to be stable. In 1962, Sergiy Pavlovych was promoted to the chief engineer of one of the largest Donbass mines – “Krasnolimanska”. Under his direct leadership, it was transformed into an advanced integrated mechanized enterprise. Here high-speed mining operations were organized systematically, as well as coal mining at the level of world indicators. The mine “Krasnolimanska” has become a school of excellence in the field, testing ground for almost all new products of mining equipment. In 1968, S.P. Fischenko was awarded the State Prize of the USSR for outstanding achievements in the introduction of advanced, modern mechanized extraction systems, which ensured the complete mechanization of all technological processes.

Then there were a lot of work on different responsible posts. And everywhere, in any case, S.P. Fischenko invested his technical and organizational talent, his love for his work. Despite the enormous employment (usually, the miners' working day lasts no less than 12 hours), he does not leave his shift, since his studies in the KPI, his love for science, he writes his Ph.D. dissertation, which brilliantly protects in 1974.

In 1978 Sergiy Pavlovich took another high position – deputy head of the department of heavy industry at the Council of Ministers of the Ukrainian SSR. Subsequently, he held responsible positions as Deputy and Adviser to Ministers at the Ministry of the Coal Industry, the Ministry of Fuel and Energy of Ukraine.

Until the last day, until the last breath, while his sinister heartbeat was struggling, he believed in the words of one of the closest miner's comrades - the Minister of Coal Industry (1985 - 1987), Hero of Ukraine Mykola Surgai: “Coal is the main and even a non-alternative energy source in the country, a guarantor of its energy, economic, political, state and spiritual independence. Therefore, coal, and only coal, will save Ukraine if Ukraine saves coal”.

For fruitful and inspiring work, a huge personal contribution to the development of the mining industry of Ukraine, S.P. Fischenko received high government awards – the Order of the Red Banner of Labor, the Badge of Honor, the Holy Equal-to-the-Apostles Prince Volodymyr, the Honorary Diplomas of the Verkhovna Rada and the state bodies of Ukraine. He is a full-time master of the honors of “Miner’s Glory” and “Miner's Valor”, Honored Miner of Ukraine, an honorary employee of the coal industry. But the most important thing is respect and respect of work colleagues who worked with him in various fields of the mining industry of Ukraine.

Upon retirement, Sergiy Pavlovych did not rest for one day. He met with friends, colleagues, graduates of KPI, students. He often visited the alma mater (now – Institute of energy efficiency and energy management), participated in everyday and festive events. This unique person always consisted of the selfless love of the family and native land, the talent of the leader, spiritual generosity, responsibility, modesty and deep wisdom. With a huge amount of knowledge, invaluable experience, remembering a lot of stories and events, Sergiy Pavlovych plunged into writing books, articles, memoirs of the mining industry, colleagues, miners and famous people with whom he worked or met. 35 (!) wonderful publications - beautifully decorated, with unique photographs of the heroic miner's profession and people who created the grandeur of Ukraine.

These are priceless for the miners' memory and the descendants of the book written by his heart and soul. He transferred them to the scientific libraries and branch institutes, sent to the enterprises where he worked, sent to friends. Recently, his daughter, Lidiya Sergiiina, handed over part of the books to the University Library, the Polytechnic Museum at the KPI, in the IEE (former Mining Engineering Faculty).

A year ago, Sergiy Pavlovych's heart stopped struggling. He was buried in his native village of Furmanka, from where he went into a great world of life, and after passing the glorious path of the Man with a capital letter, he returned to his native land. The bright memory of Sergiy Pavlovych will forever remain in the hearts of all miners of the KPI – students, teachers, and employees of the IEE.

M.I. Sergienko, lecturer of the Department of Engineering Ecology