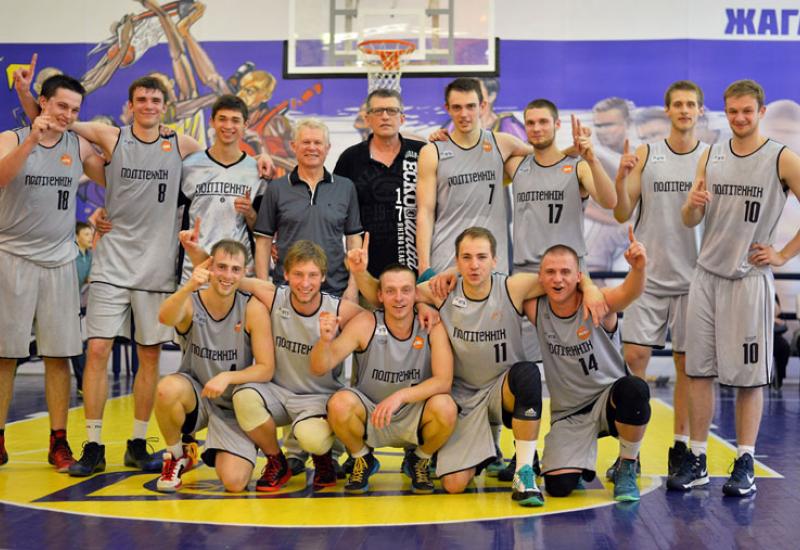 For most students the beginning of summer is a hot time of tests and exams. However, for  KPI team basketball players June in this year was marked  with several successful performances on some responsible sport competitions.

KPI team "Polytechnic" won in the championship final of the Monster League  in 1th of June, beating last year winners,"Boa" team, by a score of 97:92. Throughout the match, which was held in sport facilities "Avanhrad"  the teams played approximately equal, and after the final signal the score was the same. However in overtime, everything has changed.The team "Polytechnic" mobilized and took the lead during additional 5 minutes. The guys confidently beat opponents and became the champions of  Monster League .The Stands exploded with applauses, it's the first time  when an honorary title got their favorites. Artem Lutaka was unanimously recognized the best player of the tournament who only in the final game got for  his team 23 points and scored five 3-point.

The third place in the Championship League won the Monster "Chestnuts" winning team "Scorpions" with a score of 72:70. A total of 10 teams in the competition acted, 8 of which were in the playoff.

The teams which got 1st and 2nd place were invited to FIBA World Championship that is be held in early in September in Spain. "I am extremely happy that I can get on this great event and would see  a game of such high level with my own eyes! - Says Artem Lutak. Besides, I'd really like to get acquainted personally with my favorite player  Lebron James, who, of course, also will be performing at the championship. "

The final part of the fifth championship of Ukraine on basketball student men's teams began in Sport facilities "KPI" on 2th of Jun.Six teams from leading universities of Ukraine participate in the championship: NTU "KPI" (Kharkiv), "Lviv Polytechnic" (Lviv), CPU (Zaporozhye), "KPI" -1 "Polytechnic" (Kyiv), "KPI" 2 "Polyghrafist" (Kyiv), NUBiP (Kyiv). Games were held for the round-robin, so each team had a meeting with the others.

A new champion was the team of the National University "Lviv Polytechnic", with a score of 91:67 this team defeated the KTU team from Zaporozhye. "The score speaks for itself, our team in this competition looked a cut above - commented the victory of his players team coach of" Lviv Polytechnic "Anatoly Zaverikin. - By the way, some of our players, including Anton Davydyuk Nicholas Polyulyak Denis Tyutyunnik play in professional team in the Superleague championship of Ukraine ".

The third place in  the championship of "KPI" got 1 "Polytechnic", ending the match with NTU "KPI" (Kharkiv) with a score of 71:69. The game was  extremely tense, the teams escaped forward to the last one by one, it was unclear what team will inherit the prize. The score was 69:69 for three seconds before the end of normal time. The stands were waiting with bated breath. And, behold, a moment in the game again Artem Lutak scored doublescored literally snatching victory for his team.

As for the teams that did not get in the top three, they are located as follows: 4th place - NTUU "KPI", 5th place NTUU "KPI" -2 "Poligrafist" 6th - NUBiP . At the end of the competition the executive director of the All-Ukrainian Student Basketball Association, Vice-Rector of the CPI educational work Kirichek Peter gave team members who took the prizes, certificates and medals and awarded the best player of the championship. Awards received: Igor Chumakov (Zapporizhzhya) - the best forward player, Nicholas Polyulyak (Lviv) - best defender, Sergei Cherniavskyi (Kharkiv) - best defender Dmytro Marchenko (Kyiv) - the best striker Alexander Dolenko (Lviv) - best striker, Anton Davydyuk (Lviv) - the best player of the championship.