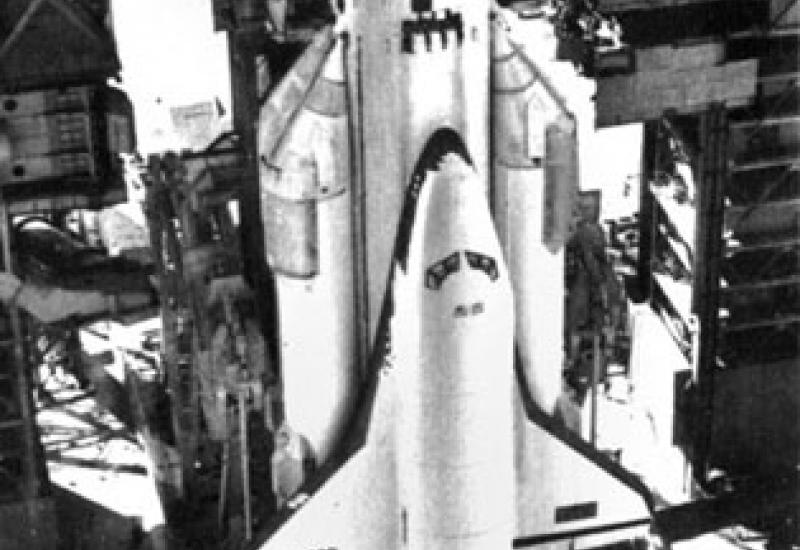 V.P. Glushko - the founder of the Soviet liquid rocket engines. But his first was electro-jet engine (ERE). The power in it arises due to instantaneous evaporation of thin strips of metal by heating them with electric currents. Velocity of the gases from the engines of such was ten times higher than in engines with a chemical fuel. In 1929-1930., Working in Gas Dynamics Laboratory (GDL) V.P.Glushko produced prototypes of electric propulsion engines, has tested and proved their efficiency. But because of the low power of electric propulsion scientist begun to work on the development of liquid rocket engine (LRE)

The capacity of a rocket engine to the greatest extent is determined by the characteristics of rocket fuel components (PKK), which it is applied. In 1930 V.P.Glushko investigated oxidizing agents such as nitric acid, nitrogen tetroxide solution in nitric acid, tetra nitromethane, hydrogen peroxide, and chloric acid. In 1931 he proposed chemical ignition and hypergolic fuel.

Valentin Petrovich was preparing himself the necessary mixture, the technology of their production and then transmitted to the laboratory for fabrication and testing. Creating designs LRE V.P.Glushko developed units for fuel supply of various types - piston, the turbopump and others. Numerous studies of many pairs of the PKK gave Glushko the possibility to name the requirements. Based on the required efficiency LRE and operational requirements, he choose a couple of nitric acid - kerosene. This pair was used in his research rocket engines (ORM-and - ORM-65).

But the process of combustion in these engines was not sufficiently stable. Furthermore, it is difficult to store liquid oxygen. Therefore, developing LRE to combat missiles, V.P.Glushko returned to the use of nitrogen oxidizer (nitrogen tetroxide) as well as fuel - unsymmetrical dimethyl hydrazine. Rockets with such engines could be stored for years in the filled state. The armed forces obtained really combat missiles, suitable for long-term duty in readiness for immediate launch. But for space rockets there were needed powerful engines. In nitric acid RD-253 (150/166 ton thrust) rocket "Proton" to increase the power V.P.Glushko introduced afterburning oxidant gas. Subsequently, the introduction of the same process in an oxygen-kerosene engines not only increased their power and stability. On this principle there was established in the world's most powerful oxygen-kerosene RD-170 with 740/806 ton thrust rocket "Zenith" and "Energy".

Of course, improvements in the LRE in DB V.P.Glushko were done not only due to the improvement of rocket fuels and combustion process. It was justified and implemented many structural developments, including - on the profile shape and a nozzle cooling of the combustion chamber design, nozzles etc..

Founded V.P.Glushko school of building rocket engines still has not lost its position of world leader, and produced by SPA "Energomash" of V.P.Glushko engines are sold to the US to install them in the missiles "Atlas". 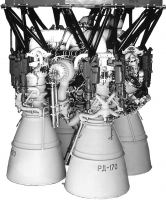 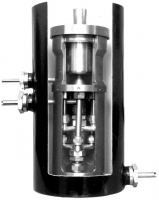