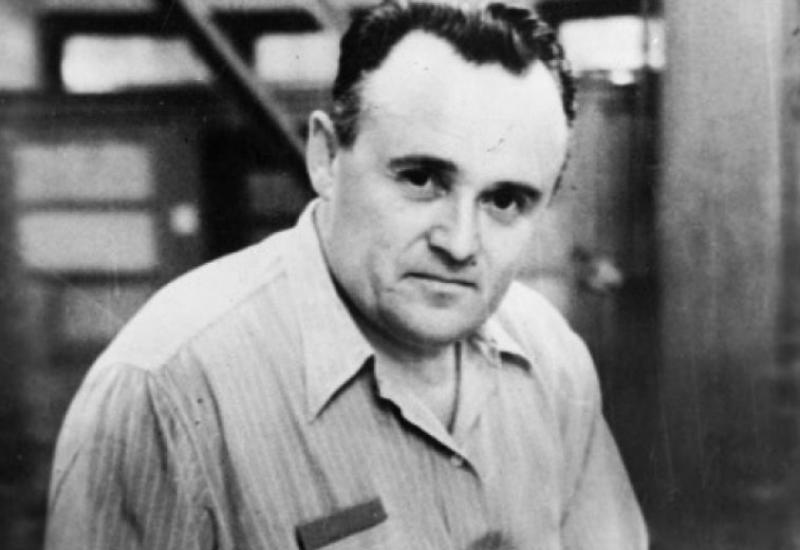 The guests who arrived to KPI on the occasion devoted to the opening of the scientist’s monument have shared their memories of S.P. Korolyov and also shared stories about our time with the students and with the correspondent of "KP".

I chose the medical profession as my mother. My father treated my dreams and choice with respect, the main thing, he believed that the person should be hardworking and focused. Now I am a professor of  Moscow Medical Academy. My older son Andrew is also also a MD. My second son Sergei graduated from the same faculty as his father when he was a student MVTU, the youngest daughter is a doctor. His grandson was three years old when his grandfather passed away. The thing that has stuck in his mind is when his grandpa had allowed him to turn handles of the radio – a daughter of "the father of space" N. S. Korolyova told us.

Sergei Pavlovich loved his job, he was always thinking about manned flights. So always felt the lack of time. He loved literature, works of Russian artists. When he was young he even starred in the movie "Tripoli tragedy." They usually watched films at home and occasionally they went to the theater chosen (though Sergei Pavlovich was interested in theater), or only had time for the second act, after the first act their father went back to work with the words: “I have already had a rest”.

From the words of the first Ukrainian astronaut P. R. Popovych: “I was a member of the first cosmonaut team. Once it was announced that the chief designer will come to make friends with us. The man comes into the room very fast and begins to call all the pilots one by one, and after reading the names he was turning his head exactly to the person he had called. We were surprised, it turned out, he remembered our photos while looking through our folders with documents.

S. P. Korolyov called us “orelyky”. He was very jealous because he couldn’t fly with us.

I. B. Brovko, 92 years later, in 1945 (when tested “FAU” in Germany) a commander of the first division told us a story. Because of the work I had to go on business trips to Czechoslovakia and Austria. Sergey Pavlovych always took care of cultural rest of his subordinates. He was organizing visits to the theaters then the officers began to attend performances by their own.

B. E. Paton, President of NAS of Ukraine told that he had met Sergei Pavlovich at a meeting of the Presidium of the AS of USSR, he had congratulated Korolev on another successful flight and he answered: “We are miners, sitting under the ground when our eagles take off and they were greeted” (meaning the scientist should remain secret).

A mom of Sergey Pavlovich - Maria - was very energetic and intelligent woman. She loved her son and had made great efforts to release him after the unjustified conviction. She repeatedly appealed with letters and telegrams to the leadership of the state - V. Hryzodubova, V. Hromova and they helped release the man. The letters that this brave woman wrote to her son were an example of of high spirituality and sensitive maternal love.

Once asked Korolyov what works to read to understand the greatness of the cosmos? He said: “Of course, Tsiolkovskiy and also the works of the Strugatsliy”.

S. P. Korolyov was a very responsible person. Every year, had submitted to the Presidium of the Academy of Sciences the report on the work done. So Sergey Pavlovich wrote the report very carefully and with great responsibility.

I tried to use electro welding in space. Korolyov was also dreaming about it: “We are going to build a greenhouse in orbit and we will grow vegetables for astronauts.” He was a dreamer, but he could make his dreams come true.

The fact that Natalia brings in a book about his father. After the successful launch of the first satellites and manned spacecraft, a Nobel Committee appealed to the Soviet Union with a proposal to give the award to the creator of them. And the then leadership refused the idea, saying that the spasecrafts were made by all Soviet people, the people and the Communist Party.

Natalia has done great work of gathering documents about his father. She traveled to all the places where Sergei Pavlovich was, she received copies of documents from the KGB archives. Nowadays she has prepared three volumes of rich factual material about Sergei Korolyov, which include memories, stories, archive documents. For such work N. S. Korolyova deserves the title of Hero of Russia.