Popovich Pavel Romanovich. "I am the first Soviet cosmonaut of Ukraine ..." 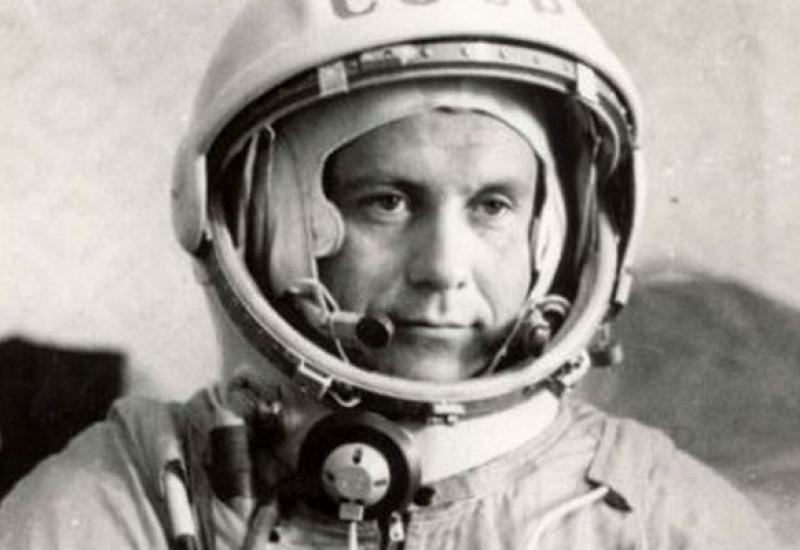 In March 1960 Pavel Popovich, together with Yuri Gagarin was enrolled in the first group of cosmonauts. I think their paths similarity is not accidental. Each of them after receiving specialty - whether in school or in college - could stop, start a measured life. But do not stop and went forward. And when in 1959 they were offered to take part in the implementation of critical and very dangerous flights - everyone agreed without hesitation.

August 11, 1962, the spacecraft "Vostok-3" was launched into the orbit, piloted by the third Soviet cosmonaut A.H.Nikolayev and day later - "Vostok-4", piloted by P.R.Popovych. Three days - from 12 to 15 August 1962 - there was the world's first group flight of two manned spacecraft, during which a broad program of scientific, technical and medical-biological experiments was performed. The ships were at a distance of 5.6 kilometers apart. During the flight the first experiments with radio communication between the crews of two ships in space and mutual photography were carried out. P.R.Popovych first performed the orientation of the ship in space with the help of manual controls. During the flight methods ensure the normal life of man were tested.

This flight was an important step in space exploration. While in orbit 108 minutes, the world's first cosmonaut Yuri Gagarin did not feel the negative effects of weightlessness with which to fully faced the second astronaut - Herman Titov, a flight which lasted for days. The fifth revolution around the globe, he felt nausea and headache. Doctors quickly developed recommendations - close your eyes, do not make any sudden movements, thus Titov state of health improved but not yet fully recovered. Now, knowing the danger of the weightlessness, doctors have developed special techniques, which A.H.Nikolayev and P.R.Popovych have been trained These techniques included the elements of the training of circus trapeze artists. But by the flight, no one could predict whether these techniques will give the expected result. A.H.Nikolayev first night flight had the task unfasten from the chair, "swim" in the cockpit and back into place. No one could ensure that it is able to make. No one could guarantee how long the astronauts survive stay in weightlessness. Calculating the joint flight program for three days, SPKorolyov predicted the possibility of early astronauts landing if their ill health.

But new methods of training gave the effect. A.H.Nikolayev and P.R.Popovych without negative consequences were "floating" in the cockpit, making sudden movements turns. When floating the astronauts were using a special radio system cabin speakers and microphones, which provide virtually unchanged audibility astronaut gear of the earth and the volume of its transmission to Earth with astronaut to stay anywhere in the cabin. Radio exchanges between the cosmonauts and intensive radio communications with the Earth allowed to gather extremely valuable material on the passage of radio waves in the near-Earth space.

Spaceships "Vostok-3" and "Vostok-4" were more advanced and comfortable than the previous. "In the cockpit" Vostok" excellent conditions were created. An air conditioning system provides a climate similar to that on the beach, fresh air, normal atmospheric pressure and humidity. The temperature in the cabin of the ship can be adjusted at will. These conditions provide the ability to perform flight tasks without reducing performance throughout the flight. We felt in space well and cheerfulness did not leave us for a minute "- these were the impressions of the ship Pavel Romanovich.

Pavel Romanovich was impressed by a view of our planet. "Looking at the Earth from space, we could see the cities, rivers, mountains, ships, etc., - he told. - Islands are framed in such a halo, which is a bit like emerald green color. All the islands are visible from space, as well as rivers, roads. In general, our planet is very beautiful. It is blue, gorgeous horizons are opening up, especially when entering and leaving the shadows. "

During the flight, A.Nikolayev and P.Popovych were in good moods - they felt that they are not alone in space. To support each other, even they were singing songs together. In those days, the words of these songs were very popular in the Soviet Union. After the flight they were called "space brothers".

Fully executing the flight program, pilot-cosmonauts about the same time safely landed in the area south of Karaganda each at a predetermined calculation place. After the flight they have become world famous. Ukraine was particularly proud of her son. Reporting the First Secretary of the CPSU Central Committee, Chairman of the USSR Council of Ministers M.S.Hruschov P.R.Popovych said in Ukrainian: "I am the first Soviet cosmonaut of Ukraine ..."

For the successful implementation of space flight and displaying courage and heroism P.R.Popovych was awarded the title Hero of the Soviet Union with the Order of Lenin and medal "Gold Star". He received an honorary sign "Pilot-Cosmonaut of the USSR."

After spaceflight Pavel Romanovich worked in the Cosmonaut Training Center. In 1968-1969 he was in a group of astronauts who were preparing the program flyby of the moon on a spaceship L-1. Simultaneously, he studied at the Air Force Engineering Academy of M.Ye.Zhukovsky. He graduated the Academy in 1968 with the degree "pilot-engineer-cosmonaut."

From 3 to 19 July 1974 P.R.Popovych made his second space flight - as commander of the ship "Soyuz-14" as part of the First Expedition into manned orbital station "Salyut-3", along with flight engineer Yu.Artyuhin. The joint flight of the space complex "Salyut-3" - "Soyuz-14" lasted 15 days. During the expedition astronauts performed the most difficult job that allowed to evaluate the advantages and disadvantages of the operation of space observation post, and a place of a man in military tasks, and especially the exploration of ground objects from space. During the flight the astronauts also investigated geological and morphological objects of the earth surface, atmospheric phenomena and the formation, physical characteristics of space, had a medical and biological studies to determine the rational modes of operation aboard the station. After this flight Pavel Popovich was awarded second time Hero of the Soviet Union.

In subsequent years P.R.Popovych continued to work productively in manned space exploration. In 1977 he received the degree of Candidate of Technical Sciences. From January 1982 to December 1989 he was named deputy chief of the Centre of Cosmonauts Training of Yu.A.Haharin on scientific testing and research. 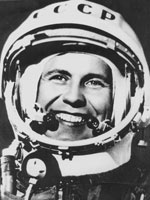 In 1991 Pavel Romanovich was appointed Director of the Russian Institute for monitoring of land and ecosystems All-Russian Institute of Agricultural aero- photo geodesic Research of Land Cadastre of Russia. In 1994 he became president of the Charitable Foundation of Yu.O.Haharin and Foundation and the social support of veterans of the Armed Forces of Russia "Union". Pavel Romanovich was also president of the Association of Space Museum of the USSR, Russia, Honorary President of the Society of Ukrainian Culture in Moscow "Slavutich". Since 1999 he became president of the Ukrainian Union of astronauts. In the 1964-1988 P.R.Popovych was the Deputy of the Verkhovna Rada of the Ukrainian SSR.

All his life, Pavel Romanovich liked the sports, was fond of fishing, table tennis. Since 1992 he was the Head Boxing Federation of Russia, Honorary President of the International Association of Veterans of Physical Education and Sport (IAVPES).

Being fully endowed man, Pavel Popovich wrote poetry, published several books: "Morning flight", "Astronautics mankind", "Endless ways of the universe", "Robinsons of the universe", "Tested by space and earth." They gathered not only his personal experience and observation, but deep reflection on the progress of technology and the future of humanity.

Merits Pavel Romanovich received high recognition. He was awarded orders and medals of the USSR, the Democratic Republic of Vietnam, the Republic of Cuba, Ukraine. His name is given to a mountain range in Antarctica and the minor planet in the solar system.

Unfortunately, P.R.Popovych not live to see his 80th birthday. Suddenly he passed away on September 30, 2009. But his life goes on in our memory. And especially in the memory of the Kiev Polytechnic who personally talked with this great man. 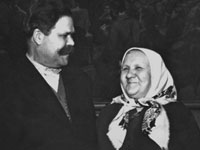 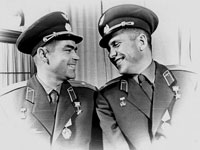 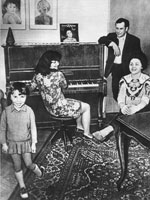 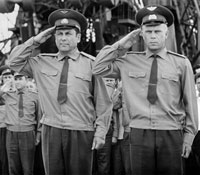