Tananaev M.O. - the first chairman of the committee of Kiev Football League 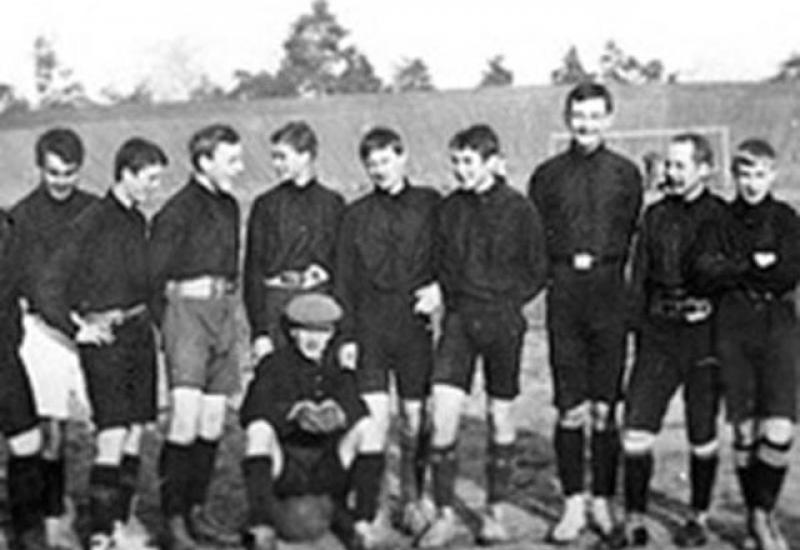 The initiator of the foundation meeting was a member of the German gymnastic society, the forward of  the soccer team  Kiev group "Sport" O.P. Veshke.

The committee of Kiev Football League was elected on this meeting. Professor of inorganic chemistry Kiev Polytechnic Institute Nikolai Tananaev (1878-1959), who played halfback in the club team "Polytechnic" since it was created in 1903, was elected the Chairman of the Committee.  The known Kiev scientist, doctor O.K.Anohin and the representative of Kiev Polytechnic Institute V.P.Bobrovsky were elected  Vice-Chairmen. As a Secretary KFL it was elected representative of the German gymnastic society O.P.Veshke, board members - representatives of sports clubs and KPI V.S.Rokotyan and V.B.Otten - goalkeeper football team "Polytechnic", the candidate for the national team of Russia in the V Olympic Games in 1912. At this meeting it was also decided to hold  the first city championship in Kiev. The football rules of the St. Petersburg football league with some modifications to suit local conditions were approved too.

M.O.Tananaev was known in the world of football in Kiev as a footballer, sports organizer, one of the founders of the football team "Polytechnic" and sports clubs KPI (1908). He was also one of the organizers of the construction of the Institute playground with a football field, which  was used in those years playing the city championship football team "Polytechnic" and other  Kiev's teams. Working in the Kiev Polytechnic Institute as a teacher, Nikolai carried out big organizational and methodological work on football among students of the Institute, played for its football team, engaged in scientific activities.

Subsequently M.O.Tananaev defended candidate and doctoral dissertations in chemistry, has published more than 240 scientific papers, textbooks and guidance on analytical chemistry. He was elected Professor of Kiev (1921 - 1937) and Ural (1938 - 1959) polytechnics. He received the honorary title of collegiate adviser, honored worker of science and technology, the Stalin Prize (1949), was awarded the Order of St. Stanislaus III degree (1914), the Order of Lenin and the Order "Badge of Honor". In 1998,  the laboratory of analytical chemistry FCT was named after him.

The  formation and development of the Kiev Football League as the highest governing body of football in Kiev was happened under the leadership of M.O.Tananaev. With the assistance of Nicholas Alexandrovich in Kiev in 1911 it was launched city championships in football, football pitches and fields construction, training of judges in football, the organization of new football teams in almost every school. With the active participation of the Secretary of KFL it was made from the family silver the Cup of O.P.Veshke  for the winners of the championship of Kiev. Kiev Football League one of the first (December 2, 1911) filed in the Interim Committee of the entry into the All-Russian Football Union and became its founder.

Creating Kiev Football League helped the organization in Kiev and other cities of the first in the history friendly matches with the football team of Odessa, Moscow, Nikolaev, Kharkov and other cities. For this purpose  first and second football teams were created under the leadership of KFL.

Its first intercity match  the first team of KFL held October 21, 1911 in Kharkov with a local team, defeating her with a score of 3: 0 KFL representatives participated in the organization of a demonstrative football tournament and the All-Russian Olympics, held in Kiev in August 1913. With the consent of the representatives of KFL, Kiev held together with Odessa and Kharkov a series of talks with the leaders of the All-Russian football Union on the establishment of the South Russian football Union on the Rights of All-Russian football Union. This alliance was necessary for the organization and conduct of the championship of the South Russian Cup in 1913 with the participation of football teams in Kiev, Kharkov, Nikolayev, Odessa, Rostov, Taganrog, Yuzovka and other cities.