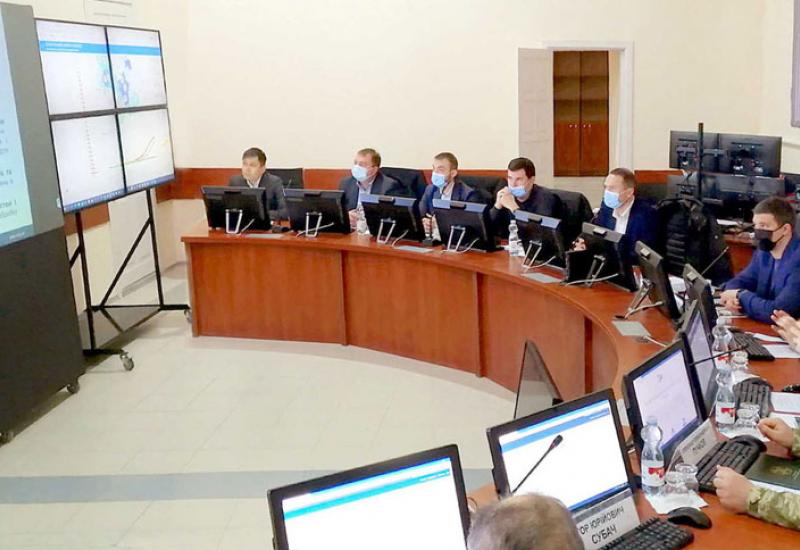 During the meeting, the parties discussed three main issues: improving information security training based on digitalization of educational processes; presentation and discussion of the University space program; presentation of the Information and Analytical Situation Center and its concepts.

At first, the guests got acquainted with the Information and Analytical Situation Center activity. The Center aims at increasing the efficiency of analytical and informational support of the management decision-making process. The department wants to ensure sustainable development of individual regions and Ukraine, as a whole, as complex socio-economic objects. Then, the structure of the Center and its main concepts were presented to the guests. Among the Center's ideas, by the way, are assessing of the economic dimension of sustainable development of territories based on the brightness of night lights, monitoring of water resources in the Autonomous Republic of Crimea (presentation through an online application), online platform "Advanced Analytics" capabilities for socio-economic and security analysis phenomena, in particular vulnerabilities to cyberattacks, and others.

The Minister of Digital Transformation inquired about the way data for research are obtained. He also pointed out that there Ukrainians don't tend to store data that results in errors.

After the presentation, Mikhail Fedorov said: 'We are constantly searching for some commercial tools: how to model certain situations, monitor the information space. I did not even know that the University has such developments. I think we will find how to use it in case of a real request for such developments. We will be working on it'.

Then, the parties continued at the Administrative Council Hall. Oleksandr Potii spoke about the importance of training in information security and technical protection of information. Also, he stated that Igor Sikorsky Kyiv Polytechnic Institute is a leading educational institution that trains such specialists. He also spoke about quality learning improvement. One made several remarks about the list of specialties established before the events in the Anti-Terrorist Operation Zone. Time has proven that these specialties do not currently require the objectives of the industry.

Mykhailo Zgurovsky noted that no one in Ukraine has such an optical scanner yet. On condition, we take relevant measures the country can receive the satellite sensor technologies for remote sensing and space communications. He also mentioned that space projects, implemented at the University without state supervision, were put into practice quickly and successfully. Instead, coordinating organizational issues with government agencies takes a lot of effort and time. Acting Director of E.O. Paton Institue of Materials Science and Welding Yuriy Sydorenko provided some examples of such cooperation. The rector stressed, 'The main thing is that there is a political will that will do something in the country. We depend on new politicians who could resolutely implement new projects. We hope that together we will work out these issues'.

Mykhailo Ilchenko presented to the audience promising scientific and technical projects in digital communications. He also mentioned the completed project. That is a prototype satellite communication terminal for operation in difficult climatic and meteorological conditions. The sample has been engineered and tested. The development is going to implement at the Vernadsky Research Base. Within the framework of the EU Research and Innovation programme "Horizon 2020", a project on the spread of satellite technologies in Ukraine has been accomplished. The project builds on the European EGNOS system designed to increase the reliability and accuracy of information about the object location. 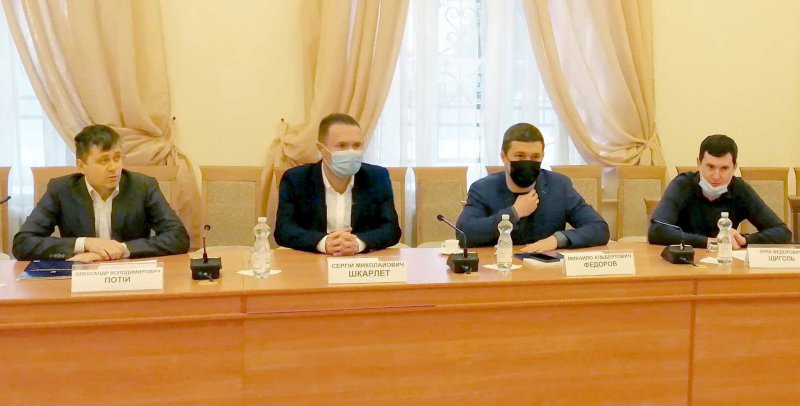 The new University projects included: 5G launching based on Igor Sikorsky Kyiv Polytechnic Institute with the support of the Ministry of Digital Transformation and a joint German-Ukrainian Center of excellence. The Center intends for big data analysis and transport infrastructures using artificial intelligence and the Internet of Things technologies. One also proposed to join "Starlink" - a satellite internet constellation providing satellite Internet access (with the participation of the Ministry of Digital Transformation, the Ministry of Education, the State Committee of Communications and Informatization of Ukraine, the Ukrainian State Centre of Radio Frequencies, DP "Ukrkosmos"). Within the project, the University will provide scientific and technical support and training. The project can provide high-speed Internet to the most remote corners of Ukraine.

Mikhail Fedorov agreed with scientists, 'There are many areas not covered by the Internet. More than 10 thousand social facilities stay unconnected to the network: hospitals, schools, fire brigades, and others. If we build a digital state and make a breakthrough in the world, we need to use our space potential and foreign experience. Moreover, we need to adapt it and implement it'. Serhiy Shkarlet supported his colleague,' Today, digitalization is a specific project at the forefront of scientific development - educational technology, communication technology'.

As we can see, government officials support the projects proposed by Igor Sikorsky Kyiv Polytechnic Institute scientists and consider them vital for Ukraine.