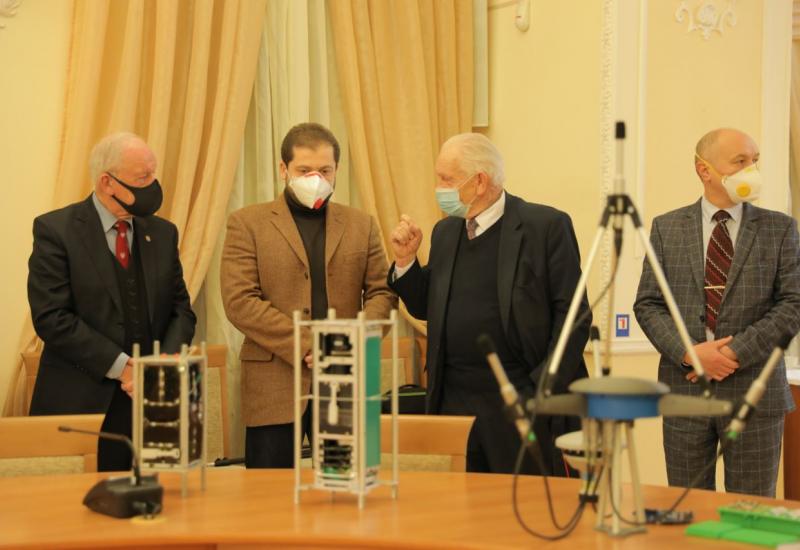 "We want the potential of the Igor Sikorsky Kyiv Polytechnic Institute space program, which has already been proven by practical applications and space flight tests, to be brought to a new level. The university's efforts alone are not enough for this. That is why the support of state authorities is important for us, ”said Vitaliy Pasichnyk, Vice-Rector for Research at Igor Sikorsky Kyiv Polytechnic Institute.

The most important space achievements of Kyiv Polytechnic are satellites, on which the university specialists have been working for many years. The satellites created at our university are the only ones of their kind in Ukraine, so in the future they should not only be developed, but also integrated into Ukrainian business so that they bring income and benefit to the state. New space technologies will be useful in the defence of the country in the war in the east (they are already interesting for the State Service of Special Communication and Information Protection), in the development of the agricultural sector, energy, etc. and will give an opportunity to change Ukraine's status as a raw material state.

"The systems for building a group of satellites that are being developed at Igor Sikorsky Kyiv Polytechnic Institute have no analogues in Ukraine and are the only base on which we should rely, to build communication," said Yuriy Shchyhol, head of the State Service of Special Communication and Information Protection of Ukraine.

"Our task is to ensure that the gains that already exist are not lost, that they are not exported to other countries, such as China. That it brings great incomes and great opportunities for our country, ”explains Serhiy Taruta, First Deputy Chairman of the Verkhovna Rada Committee on Economic Development.

During the meeting, the Igor Sikorsky Kyiv Polytechnic Institute administration and the government delegation agreed on a meeting in January 2021 to discuss the space projects, that are currently under development, and to determine how to secure them.