Visit of the delegation of “Airbus Helicopters” company 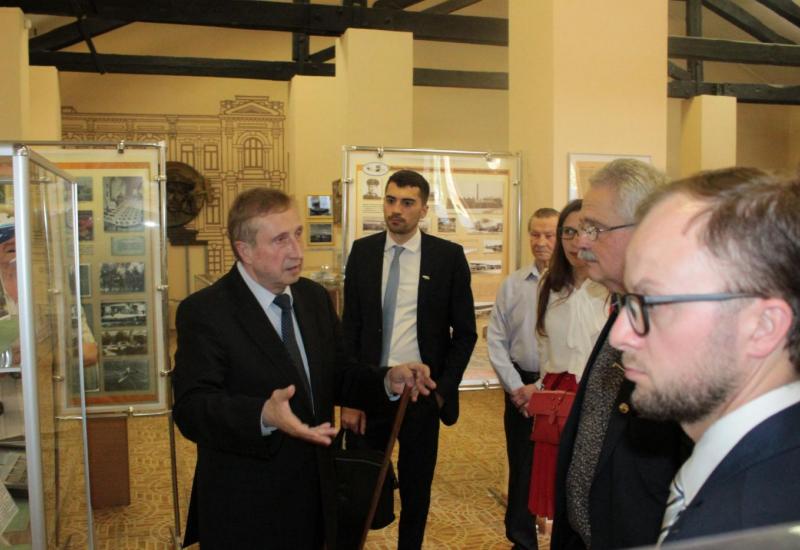 On May 27, Igor Sikorsky Kyiv Polytechnic Institute was visited by the delegation of “Airbus Helicopters” company (French Republic).

The delegation included Tomazh Kryschchinskyi, Director of Innovation and Research at “Airbus Helicopters”, Baudouin Marro, Sales Manager of Baudouin Marro de Grotto and Lukash Garber, Director for Business Development in the Baltic States and Ukraine, Airbus Defense and Space. They were accompanied by the Attache of the French Embassy in Ukraine on scientific and university cooperation Sylvain Rigol, and the Acting Director of executive director of “UkraineInvest” government agency Mykhailo Bechkalo, and Diana Sidko, head of the investment attraction unit of “UkraineInvest” government agency.

After guests had examined the university, the meeting participants exchanged their presentations. Tomazh Kryschchinski spoke about the company’s history, its mission and the principles on which its activities are based, as well as its strategy for further development. In the video presentation of Igor Sikorsky Kyiv Polytechnic Institute an emphasis was made on the innovative components of its activities and demonstrated a number of successful projects of students and university staff. The meeting participants also discussed some issues of cooperation.

Reference. Airbus Helicopters is a French-German company, one of the leading manufacturers of helicopters in the world. A subsidiary of the Airbus Group concern. Its main office is located on the territory of Marseille Provence Airport in Marignane near the city of Marseille in France. The main production facilities of the company are also located in Marignane. The company’s share in the civil and departmental machinery market exceeds 52%, which provides a significant lead over its main competitors. Civil and military helicopters of the company are used in more than 150 countries.

In the photo: Michael Zgurovsky with guests in the Department of Aviation and Cosmonautics of Igor Sikorsky Kyiv Polytechnic Institute.