The success of students of Igor Sikorsky Kyiv Polytechnic University 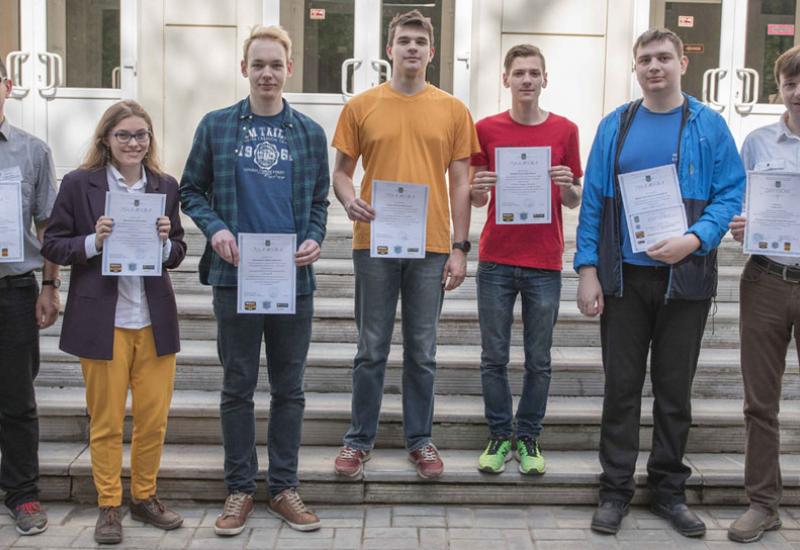 Traditionally, at the end of spring, the final round of the All-Ukrainian Mathematics Olympiad was held among technical and economic institutions of higher education of Ukraine. For the sixth time, this event was held at Sumy State University, where from May 14 to May 17, 2019, more than 80 top students from 30 leading technical universities of Ukraine competed.

As in previous years, our university was represented by two teams - in the category "M" (students of those specialties requiring advanced study of mathematics) and in the category "T" (students of technical specialties). Igor Sikorsky Kyiv Polytechnic University was represented by 5 students - 3 in the "M" category and 2 in the "T" category. The winners and prize-winners of the XXXIV KPI Olympiad in Mathematics, which is the first stage of the All-Ukrainian Olympiad held in March this year by the Department of Mathematical Analysis and Probability Theory, became members of the University team. The heads of the Kiyv Polytechnic teams in 2019 were the staff of the department - assistants Syrotenko A.V. and Pavlenkov V.V.

An important role in the preparation for the Olympics and in attracting talented youth to the Olympics is played by the student circle "Non-standard and Olympiad Problems of Algebra and Analysis", which has been working for many years at the Department of Mathematical Analysis and Probability Theory. Assistant Professor of the department Ilyenko A.B. and Orlovsky I.V. manage this circle, and the classes are held by young faculty members. They teach students to think outside the box and prepare them for successful appearances at mathematics competitions. During the years of its existence the circle has accumulated valuable experience of working with talented youth, methodical aspects and pedagogical tools of knowledge transfer from teacher to student. The effectiveness of this approach to the education of talents is confirmed by the successes at the all-Ukrainian Olympiad in mathematics: only for the last 12 years students of  Igor Sikorsky Kyiv Polytechnic University received fifteen first, twelve second and ten third places.

We congratulate the winners of the All-Ukrainian Mathematical Olympiad of 2019 and wish them continued success in their studies, research and performances at the highest level.