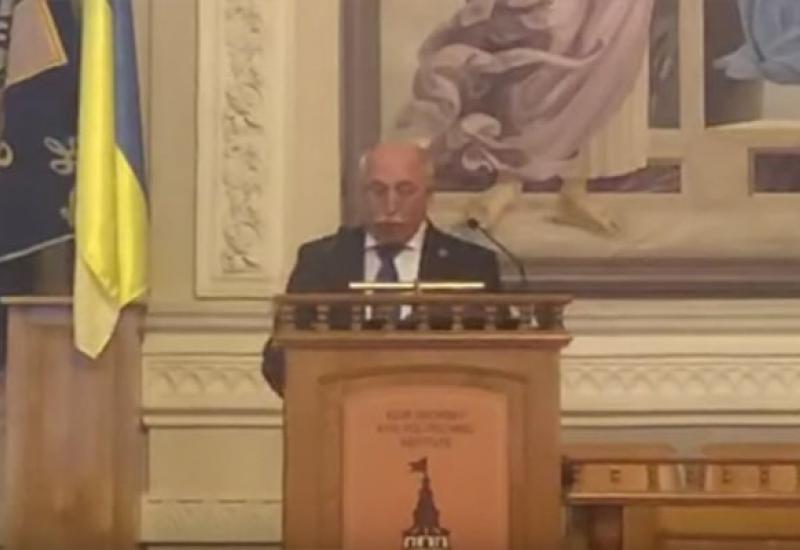 At the meeting of Academic Council of  Igor Sikorsky Kyiv Polytechnic Institute held on 11, March, Oleksandr Karabanov, Head of the North division of State Audit Service told about audit findings of the Northern Office commission  and about the financial and economic activities of the university.

A large group of auditors, which included more than 10 people, worked at the university for more than two months. It reached the conclusion that there were neither acts of corruption, nor abuses in order to illicit enrichment in economic activities of university and when concluding investment transactions.  “Summing up the audit, I want to point out that the use of budgetary resources at the university, reliability of accounting and reporting and preservation of property was performed at a rather high level” noted Oleksandr Karabanov.

In general, the university’s activities are carried out in accordance with the requirements of the current legislation”.

After Olexandr Karabanov’s speech, there was a discussion about results in the work of the Commission; the speech was delivered by Yuriy Rashkevych, the deputy of the Minister of  Education and Science of Ukraine, Dmytro Andrievsky, the president of  Alumni Association  of  Igor Sikorsky Kyiv Polytechnic Institute and People’s Deputy of Ukraine, professor Valentyn Pechenyck, Myhailo Ilchenko vice-rector in Scientific Work, academician of the  National Academy of Sciences of Ukraine, Evgeniy Panov, dean of the faculty of chemical engineering, Head of the Department of  Economic Affairs and Finance of  Igor Sikorsky Kyiv Polytechnic Institute , Chief Accountant Lyudmila Subbotina and others.

Valentin Pechenyk drew participants’ attention of the meeting to reputational losses, that university incurred due to unfounded accusations of its administration in corruption and requested to include the item on going to court with claims to provide moral damage to the university to the decision of Academic Council on this issue and in case of satisfaction of the claim, recount received funds to support the Ukrainian Armed Forces. The proposal was supported by vice-rector Myhailo Ilchenko, who pointed out that there is also a need for compensation of material damage that university incurred due to stigmatization that was organized by mass media and by some activists. So, among other things, as a result of campaign of accusations of university supervision abuses, the agreement of major project to establish a satellite constellation valued at 40 million UAH wasn’t concluded. Yevgeniy Panov, the dean of Faculty of Chemical Engineering , and others spoke about the necessity of protecting higher educational establishments and, in particular, Igor Sikorsky Kyiv Polytechnic Institute , from attempts to discredit it by unscrupulous “accusers”. Lyudmila Subbotina told about how thoroughly inspections in all areas of financial and economic activities of university were carried out. She, in particular, reported that, in addition to the State Service's Commission in the Igor Sikorsky Kyiv Polytechnic Institute, specialists from the National Agency for the Prevention of Corruption and Police also did not find corruption offenses in the economic activities of the University.