Holodomor from the point of view of a famous researcher 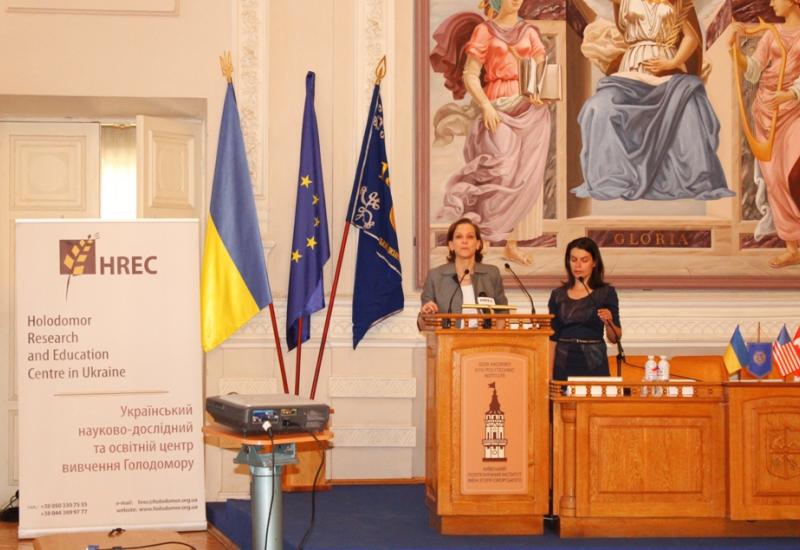 A famous British-American researcher, writer and journalist, author of popular works on the history of the former USSR and Eastern Europe, and problems of civil society and communism, Professor of the Institute of Global Affairs of the London School of Economics (UK) Ann Applebaum met with students of Igor Sikorsky Kyiv Polytechnic Institute on May 30.

The purpose of the meeting was to present a Ukrainian edition of her book “Red Famine. Stalin's War Against Ukraine". This book was published in English at the end of 2017, recently it was translated into Ukrainian and now it paves the way to the readers in our country.

Students and lecturers not only from the university's humanities, but also those who are interested in the history of Ukraine attended the meeting with the Pulitzer Prize laureate (which is also in the great list of Ann Applebaum awards).

Introducing her work, Ann Applebaum said she was collecting materials and writing it for 15 years. The book is addressed primarily to the western readers, but, according to the author, she would very much like to be read by Ukrainians. Moreover, the book was written with the help of many Ukrainian historians and cultural figures, that is, without them there would be no edition. Therefore, it became a definite generalization of what has been gained in this field in recent years.

The main idea that like the red thread passed through the researcher's speech was the thought of direct blame of the Bolshevik regime and personally its leader Joseph Stalin for the tragedy that struck Ukraine in the early 30's of the 20th century. And also that the Holodomor was created artificially, and its main goal was to solve the so-called "Ukrainian problem" that could threaten the ruling regime. The instrument of this was the weakening and even the destruction of not only the Ukrainian peasantry with its protest potential, but also the Ukrainian writers, cultural figures, and scholars. So she also touched upon the policies of forcible Russification, which was implemented after the famine, and was aimed at proving the fact that the Ukrainians did not exist as a nation. Author’s conclusions were accompanied by quotations from some historical documents and works written by other historians.

Finally, the researcher answered numerous questions from the audience.

The meeting was organized by the Department of History of the Faculty of Sociology and Law of Igor Sikorsky Kyiv Polytechnic Institute with the assistance of the Ukrainian Research and Educational Center for Holodomor Studies "HREC in Ukraine".