Conference on Computer Modeling in Chemistry, Technologies and Systems for Sustainable Development 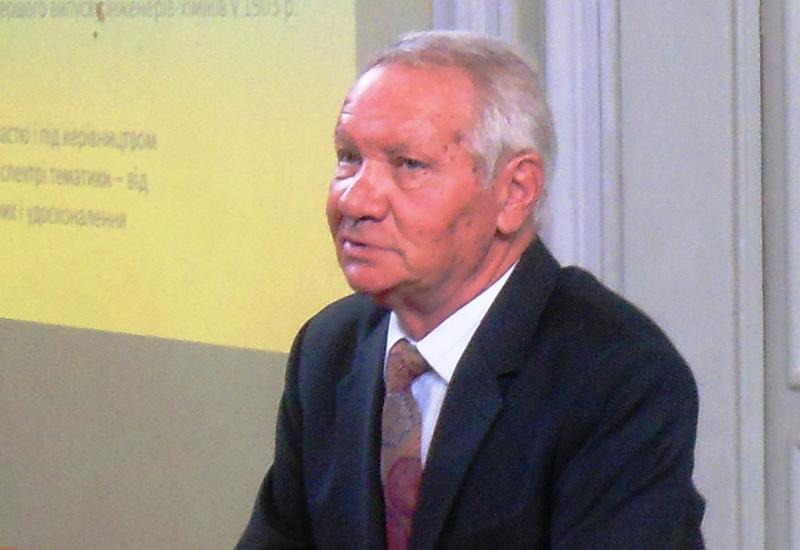 On May 16-18, 2018, the 6th International Scientific and Practical Conference “Computer Modeling in Chemistry, Technologies and Systems of Sustainable Development - ChTCTST-2018” was held at the Department of Cybernetics of Chemical-Technological Processes of the Faculty of Chemistry and Technology. In Ukraine, this is the only conference devoted to the problems of using computer technologies in modern chemical and technological manufactures. Ten years since the first conference, it confidently demonstrated the demand for mathematical modeling both in the scientific context and in the production structures. It is this that all six international conferences held by FCT are indisputably of interest and success. About 138 scientists (78 articles), in particular representatives of Ukraine, Belgium, Poland, Germany, Ireland, USA, Colombia and Russia participated in the conference ChTCTST -2018. Ukraine was represented by scientists from Kyiv, Kharkiv, Lviv, Odessa, Cherkasy, Dnipro, Rivne, Sumy, Zaporozhya and Rubizhne.

The ChTCTST-2018 conference was devoted to the 120th anniversary of the chemical-technological faculty of the Igor Sikorsky KPI. The head of the department of cybernetics of chemical-technological processes T.V. Boyko opened the conference. The participants of the conference were congratulated by the rector of the university Academician of the National Academy of Sciences of Ukraine, M.Z. Zgurovskyi, President of Ukrainian Technological Academy, Professor I.I. Polovnikov and the Dean of the FCT Professor I.M. Astrelin, who spoke about the history, achievements and prospects of the faculty development. The speakers noted that the conference continues the tradition of the scientific school of mathematical and computer modeling of chemical and technological processes and systems, the founder of which was the Doctor of Technical Sciences, Professor of Kyiv Polytechnic G.O. Statyuh.

There was also a meeting of the conference at the National Transport University. Head of the Department of Ecology and Safety of Life Professor V.O. Khrutba (a former graduate of the Department of Cybernetics of Chemical-Technological Processes of the Igor Sikorsky KPI) conducted an excursion and familiarized the participants with the scientific topics and prospects of the department development.

Sectional sessions – the traditional platform of the conference devoted to the problems of using computer technologies in modern chemical and technological developments, has become a convenient place for communication of scientists, developers of modeling systems, serious consumers of these software products, as well as students of specialization “Automation and computation”, “Computer Integrated Technologies”. The conference worked on the following main areas: computer support of production processes, computer simulation of chemical and technological and biochemical processes and systems, computer simulation in chemistry and computer methods of synthesis of new substances, computer simulation of environmental processes, sustainable development of regions, computer-information technologies in multi-level higher education.

Scientific and practical work in the field of computer simulation of technological, industrial and environmental processes, higher education and sustainable development that will strengthen and expand the links between education, science and production in various spheres of cooperation were presented at the conference. On the materials of the conference a collection of scientific articles was published, which can be found on the site's website http://kxtp.kpi.ua/common/msct-2018.pdf

Within the framework of the cultural program of the conference, its participants visited the historical places of Ukraine – Kozelets and Baturyn, which played a significant role in the history of Ukraine. In the years 1669-1708 and 1750-1764, the city was the residence of Hetmans of the Left Bank Ukraine. The activities of such prominent political leaders of the Hetmanate as Demyan Ignatovich, Ivan Samoilovich, Ivan Mazepa, Pylyp Orlyk, Kyrylo Razumovsky were observed.

О.О. Kvitka, associate professor of the department of cybernetics of the chemical technological processes