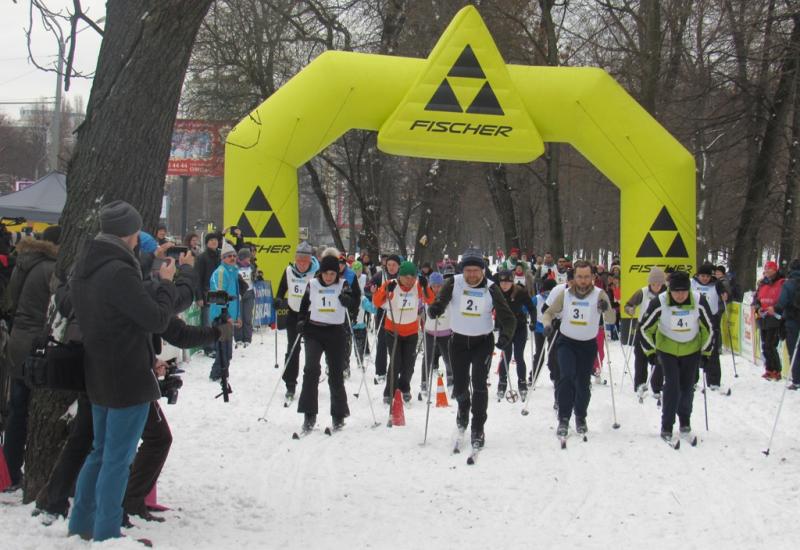 In January, 29 regular visitors of Igor Sikorsky KPI Park for a while became fans and some of them even participants of skiing competition. This time fans of skiing competed for Diplomatic mission cross-country skis.

Public organization "Ukrainian mountain skiing club" and Embassies of Switzerland, Austria, Norway and Sweden under the auspices of one the largest in Europe ski production companies and sport equipment "Fisher" became the moderators.
Such competitions were hold in Kyiv for the third time. Among those taking part every year are: diplomatists, international companies’ fellow workers, representatives of Ukrainian business, state agencies, mass media, and individual participants. Competition order is extremely democratic, thus both adults and children are allowed to take part in ski racing.

Social aspect of the tournament is quite important: this year over 10 thousand UAH as participants' contributions will be given to children suffering from leucosis and autism. Moreover, a team of social movement FightForRight whose members are visually impaired children and adults joined the competition. They walked a 1.5 distance for amateurs with good grace and exited general admiration.

The first place in the team relay was taken by Team Sweden (Sweden), second by representatives of Canada Embassy and third was given to Baker McKenzie (Ukraine).

Participants taking part in individual all-around event were being rewarded according to their age categories.
Sets of rewards were played up by men, women, amateurs and sportspeople independently. For some people these medals became the first in their lives, for others the proof of their skills and sport conditions. However, even though those who didn't manage this time to take first position as well as numerous viewers, everyone was completely satisfied with exciting time spent profitably in University Park.

The photo of team relay starting the competition.