The Rector of the Poznan Polytechnic University, Tomasz Lodygowski: "Now we are strengthening our ties with the Kiev Polytechnic Institute and it is a priority for us" 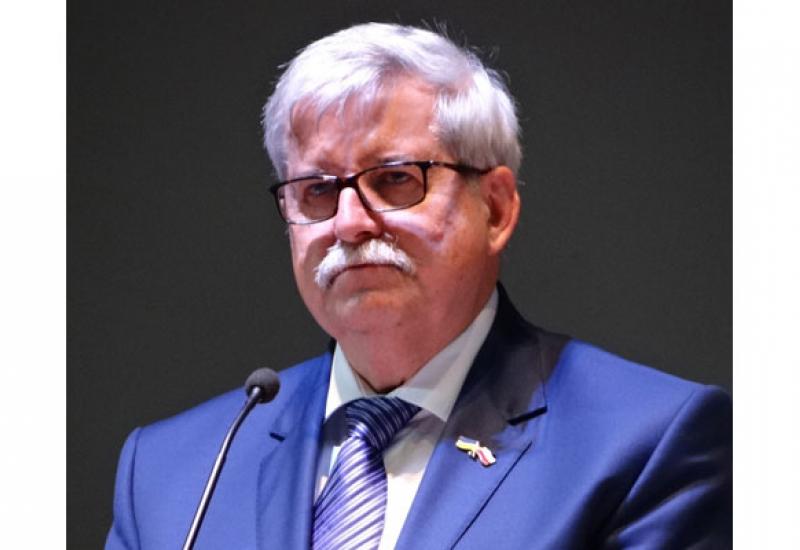 On August, 29, on the session of the scientific and pedagogical staff of the university, was signed an agreement on the introduction of the double degree program in the direction "mechanical engineering"  between the Igor Sikorsky Kyiv Polytechnic Institute and Poznań Polytechnic Institute.  This national technical institution is one of the most famous in Poland. Its rector, Tomáš Lodygowski, congratulated the Ukrainian colleagues with the beginning of new academic year standing at the rostrum of the session and he proposed to declare the following year " The year of the engineer". After the session, he gave the "Kyiv Polytechnic" a short interview. In the discussion were also involved the Dean of the Faculty of mechanical engineering and transport from the Poznań Polytechnic Institute, Franciszek Tomaszewski,  and the Dean of the Faculty of mechanical engineering and management, Olaf Cyshak.

- At the session of the scientific and pedagogical staff of the university you have signed with the rector of the Igor Sikorsky KPI, Mikhail Zgurovsky, the agreement on the introduction of the double degree program in "mechanical engineering".  How does it work? How will the students study on this program?

- Studying in the double degree programs initially will be implemented only at the master's level. Its feature is that the students are expected not only study but also to defend their graduation projects in the Kiev as well as in Poznan. These diplomas will be recognized in both countries. Of course, this is imposing a special responsibility on the universities and on the students themselves. But the diplomas will testify that graduates have a high professional level.

- When will the first graduates receive such diplomas? How many students will learn on double form of a degree from the Ukrainian side and how many from the Polish?

It is too early to say about the timing and the number of students who will study on it.  Now we are talking about the fact that, firstly, the program and signed documents allow students to learn at any number. Secondly, not only students will be allowed to participate. For instance, a professor from the Poznań Polytechnic Institute could come to Kiev to teach, and the professor from the Igor Sikorsky KPI  could come to Poznan. We should stress the point that the most important things are preparation, defence, and acceptance of the students' works in both countries. We should also say that study plans and programs, agreed and qualified by our universities can be changed in accordance with the requirements of the time because every specialty requires new competencies over time. And every year, depending on the needs of the economy, we will be able to regulate the number of students in certain areas because in our days the most actual is one field of education, and in the future - another.

- If I understood correctly, today's signing is only the first step and in future double degree programs will appear not only in engineering but also in other fields of education.

- Quite so. One of the main priorities of the Poznan Polytechnic Institute is to get ready professionals in the fields of aircraft engineering and space research as well as in bioengineering. And also for the transport industry - not only for aviation, space but for railway transport as well as for other things. Therefore, we will communicate with the staff of the relevant KPI faculties with the aim of signing documents about preparing with them double degree professionals in these fields, and in the future - for the "bioengineering" specialty - we will sign documents about the introduction of such a program not only on a master's level but also on the third, doctoral level of study.

- Well, the last question. In your speech at the session of the scientific and pedagogical staff from the Igor Sikorsky KPI you have suggested declaring the next year in our universities "The year of the engineer". Will you spread this initiative to other Polish universities?

– I am sure that this year will be successful for our universities and I wish success in all their exciting endeavors. Thank you for the interview.