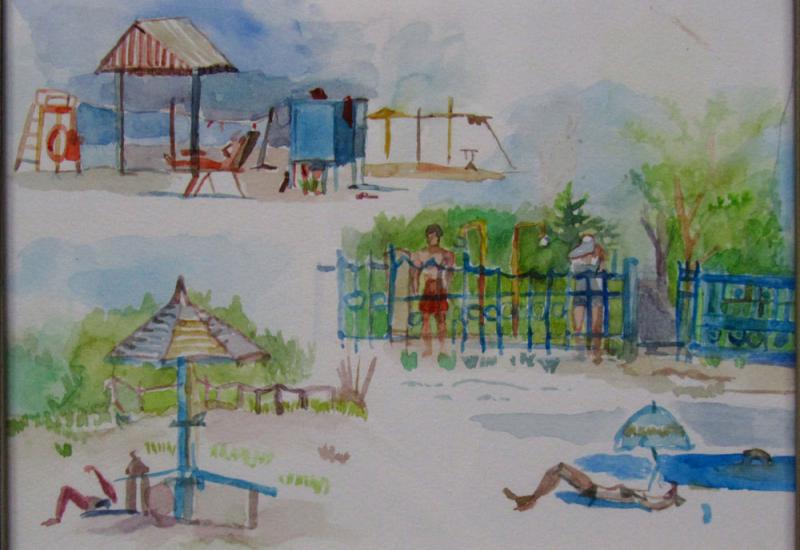 This year's holiday organization of employees and their families for recreation centers engaged Department KPI future development, and improving trade union committee of the University. Along with the objective socio-economic and socio-political situation in the country that attracted the attention of workers and students to the university camps. It was quite powerful. Public awareness programs and the department of trade union perspective. It gave us this externality: foreign individuals and organizations were able to send their employees to our database. For example, the NEA. Dragomanova bought vouchers for every change in OK "Lighthouse". As in previous years, the trade union provided to reduce the cost of permits for workers, union members and their families at 700-900 USD.

OK "Mayak" this year was filled almost completely. In just three changes were rested 899 people, including employees and their families 551 persons. For the first time in recent years OK "lighthouse" for wellness season could earn more than 220 thousand UAH of profit. Along with this, vacationers in their personal and collective appeals to the trade union complained about the quality of food, especially in the first change. TSSH operational management adjusted the menu by adding vegetables, fruit, bottled water.

We should notice that the price was laid down on the amount of food 100 a person for day, including the cost of food rations - 38 UAH, and the rest services in preparation. It was later adjusted cost of products up to 43 UAH by reducing the labor costs of personnel according to trade union, given the workload dining, not quite right. Among the proposals that will improve the daily expenses for food, trade union initiates activities related to improving the working conditions of workers dining room: the acquisition and implementation of new dishwashers, distribution lines, cooking utensils and more.

Also one of the unresolved issues is the poor state of the mode of operation and protection framework that requires urgent intervention. Among the proposals that need to pay attention at the opening of improving next season, is the organization of remote trading at the beach line where vacationers would be able to buy refreshments, coffee and pastries. The controversial issue for all recreation is the introduction of so-called "paid services" rental billiards and more. Trade union Ensure made preferential provide these services to employees of the university and members of their families. Despite some difficulties during the season OK "Mayak", its director and rector O.A.Avrahova "KPI" M. Zgurovsky thanksgiving ceremony were in Skadovsk.

SOT "Polytechnic" throughout the year working mostly as a base the day. For recreation season rested 40 people, including workers and their families 33 people. Despite a small load during the recreation season, with the base year was able to earn about 230 thousand. UAH by providing health services to third parties. Problems arose with nutrition, living conditions are good. But we need to continue the improvement of the territory, beach, sports grounds, to repair the dining room and administrative building.

Seasonal popularity which year SVST uses "Pine", which rested on three shifts of 150 people, including employees from 119 families. For recreation season received 74 thousand UAH of profit. No problems. But it should be noted that it is necessary to equip the access to the beach, arrange sports and playgrounds, to bring down area in the old summer theater restore the stretch of road at the entrance.

In 2015 there wasn’t employees through rehabilitation in sanatorium , due to the reorganization of the social insurance in case of partial disability and a complete lack of funding. However, given the partial funding restoration sanatoria Universities, we hope that soon the spa rehabilitation workers start again.

To improve health and prevent disease "KPI" workers could take advantage of TsFViS. For example, scientific, educational, scientists and methodologists could visit the pool for free, and other categories of workers - 25% of the cost (75% of paid trade union). About 350 employees four times a month took advantage of this opportunity.

In the summer of 2015 was able to improve our employees 58 children in the camps "Carpathian Dawn" and "Sunny Beach". Twenty children of rest in a children's camp in Poland for 10 days.

The funds, which this year managed to earn recreation departments, should be used to solve existing problems and improve their material and technical condition. We hope that next year the demand for more information about our bases will be higher, so they must be put in order. Our employees have a right to decent proper rest, and this should be a fundamental issue for the trade union and the administration of the university.