The changing world through the eyes of Japanese photographers 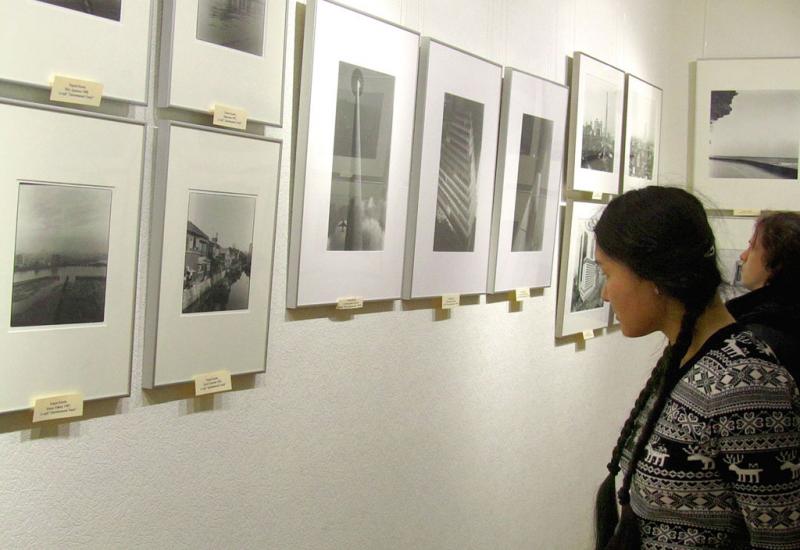 Is Photo art or craft? Probably the supporters of the two extreme points of view on this issue will never reach a final agreement. However, after the armed latest achievements of science engineers have made the process of capturing moments of life affordable even to a child, the scales seem to swing in favor of the attitude that it is not an art, or at least "not quite" art.

When you look at amateur "pictures" that are usually thoughts of art do not arise, as well as about the craft. When you regard at the glossy magazines with their carefully constructed plans put light and incredibly beautiful model you are convinced that it's still a profession. However, when you visite an exhibition of photographs, the argument what are the pictures on the walls - works of art or works of skilled artisans, often deterred. The phenomenon of photos with its specific expressive means of reproducing the world, not only external, common to all, but also internal - author, suggests the idea that this is a special form of not just human activities, but creative activities.

So they retreat and the exhibition "Looking at the world today: Japanese Photography from the 1970s to the present day," which was opened on February 27 in Ukrainian-Japan Center NTUU "KPI". It presents the work of 23 photographers, taken at different times, mainly in the different regions of Japan. They are combined by the special artistic speech - laconic and at the same time full of multi-valued sense as traditional Japanese short poems haiku or tanka.

However, the picture - this is primarily a visual form of reflection of reality, so in order to understand it, do not need words. More precisely, almost not necessary, because the name and the time when made photos, give the viewer the necessary pointers, without which it is easy to go astray barren fantasy.

76 works that are exhibited in the hall of the Center, are divided into two sections: "Society is changing" and "landscapes that are changing." The section titles speak for themselves: the first - people in a world, the second - the world around us, which is changed by these people.

People - in groups or alone (or rather, with the photographer). landscapes - with people or desert, like a dream. Meanings of the conditional divide of the exhibition, like in Japanese poetry, flow and complement each other. And the whole show - like renga - another traditional Japanese poetic form, in which a "joint poems" created by several authors - each his own verse, complement and enrich the rest of the new content.

The exhibition includes a lot of pictures of large masses of people. These photos remind us that the oceanic coast of the country – the most populated territories on Earth. Sometimes it's just a cluster - without those without individual signs, united only by the movement in one direction; sometimes - atomized community - every man for himself, each in his own world; and sometimes - united by common for all emotions. And suddenly - portraits of couples; the woman, "which says that her family is descended over 1000 years" (as the name of this file). The faces of Japan - just a few of the tens of millions.

By the way, in every landscape ("landscape that is changing") - no matter where it is done: in the distant seventies or yesterday - there is also the presence of man. Well, Japan - a country of high technology, and they are constantly remind myself - skyscrapers, ways of railways, planes in the sky. And suddenly - small houses on a quiet canal with fishing boats 1985 photo from the series "Amazing Tokyo."

In short, if you are sensible to Japanese culture – visit this exhibition. It is, despite the small number of entries, really interesting.

From February 27 to March 21, 2015 the photo exhibition "A look at the modern world: Japanese Photography from the 1970s to the present day" will be held in the Ukrainian-Japan Center NTUU"KPI" (Kiev, avenue Pobedy 37, library NTUU "KPI", 4th floor, Exhibition Hall). The organizers are: the Embassy of Japan in Ukraine, Japanese Foundation, Ukrainian-Japan Center NTUU "KPI".

The exhibition will feature 76 photographs of 23 photographers. They will be demonstrated in two sections: the first, "Society is changing." This exhibition will be focused on people as members of society. The second, "Landscapes that change," reflects views of cities, suburbs and nature.

Opening of the exhibition - 27 February 2015 at 16:30. The first Secretary of Culture and Information of the Embassy of Japan in Ukraine Mr. Hideyuki Tandja will take part in the opening ceremony.

Opening hours of the exhibition: