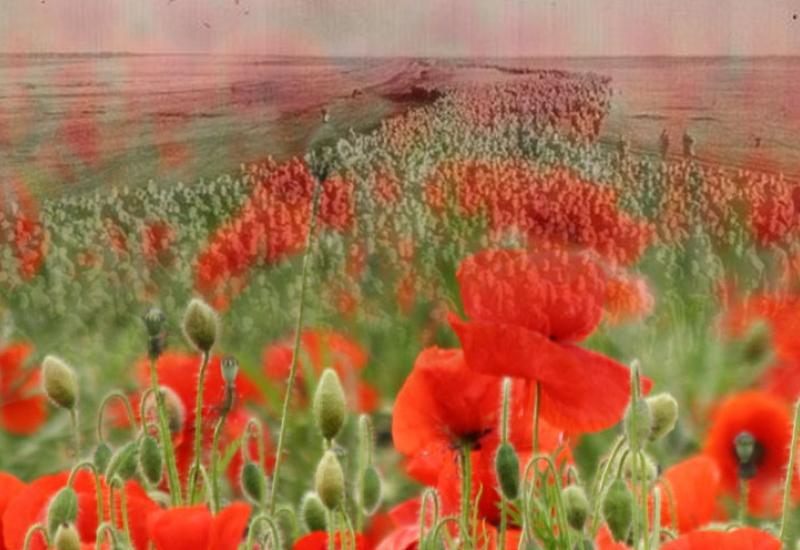 The Second World War (01.09.1939 – 02.09.1945) – the bloodiest global conflict, in the course of which died, according to various estimates, from 50 to 85 million people. As the terrible tragedy it is remembered and commemorated around the world. During the 21-month war the USSR and Nazi Germany came forward as allies, but from 22.06.1941 entered in the military confrontation that is known in history as Nazi-Soviet, or in Soviet historiography, The Great Patriotic War of 1941-1945. This conflict is not the same as the concept of World War II. The war between the USSR and Germany and its allies, was part of a wider by chronology and geography of the global conflict that previously Soviet historiography often forget to mention, and now-Russian propaganda.

For Ukraine, the Second World War is the national tragedy, during which the Ukrainians were deprived of their own statehood, forced to fight for someone else's imperial interests, and sometimes killed other people. Ukrainian soldiers in the ranks of the Soviet Army (over 6 million), the soldiers of the UPA (over 100 thousand) took part in defeating Nazism. The Second World War for Ukraine is not limited only to military actions and occupation of its modern territory, but also included the participation of Ukrainians in combat in all theaters of the war. Ukrainians and immigrants from Ukraine were in military formations in other countries: Poland (120 thousand in 1939), United States (to 80 thousand in 1945), Canada (to 45 thousand in 1945), France (to 5 thousand in 1940). For various reasons, Ukrainians fought and on the other side: in the German troops (from 600 people in 1939 to 250 thousand in 1941 – 1945), Romania (24 000), Hungary (to 20 thousand), Slovakia (to 2 thousand), Croatia (1.5 million).

According to Ukrainian historians, direct Ukraine human loss in World War II are of 8-10 million people, the general population – more than 13 million, economic – 285 million of rubles that times. Several months of fighting, the territory of Ukraine was completely conquered. Millions of people caught up in the occupation, with the brand "traitors" by accepting the burden of disasters, while the country was going to the forces.

World War II opened for Ukrainians destructive "force" of both totalitarian regimes. All known atrocities on occupied territories of Ukraine (the Holocaust, executions of civilians, the burning of villages, etc.). However, a long time ignored the numerous crimes committed by the Communist regime on our land (executions of political prisoners in Western Ukraine in June-July 1941, destroying the center of Kiev in autumn 1941, the undermining of the Dnieper Hydroelectric Station and the destruction wounded Red Army men in Odessa, who were dropped into the sea together with sanitary machines, etc.).
Some of the reasons for the huge, fatal losses we find in the memories of participants.

In the book “From soldier to academician. Memories of the last soldier of the great patriotic war” Volodymyr Hilchevsky – participant of The Great Patriotic War, “comfrey”, order bearer, seriously wounded in battles, in the postwar years, known educator, scholar, Professor Emeritus of NTUU “KPI” writes: " In the territories just liberated Sumy and Chernihiv regions immediately began mobilization, and soon after advancing military units pulled columns of recruits. Among them were those who have already served in the army ... but most were eighteen-, nineteen years old young men. Ragged, shabby – two years of occupation were carried, with horrors behind walked and walked endless stream without stopping. In one of these columns and I stepped - eighteen and a half years Konotop-Bakhmatsk-Khutorskoi boy.... In the afternoon we lined up for taking the oath, and then held a rally. Most were young recruits who are not yet in war outfit, were in their home clothes that have not been even a minimal military training. I, for example, was only in a greatcoat (only new, I was its first owner), rifle and cartridge belt. But more was unarmed". Such recruits were called "blackblazerer" or "blackscroll".
Picking of "blackblazerer" were special field military enlistment offices. Prevents the mobilization of all men who could keep the weapons. According to the rules of wartime men in occupation, automatically get the stigma of traitors, so had his own blood to prove his devotion to the motherland. Any military training mobilized was not performed, often men sent into battle without even managing to give military clothing and weapons.

Russian scholar Sokolov wrote: “ A calculation consisted in that a “ black infantry” only will exhaust Germans and lead to shoot stockpile of ammunition in order to a fresh parts could force to the enemy to retreat from their positions(Соколов Б.В. Неизвестный Жуков: портрет без ретуши в зеркале эпохи. – Мн.: Родиола-плюс, 2000).

This attitude his compatriots, especially new recruits, surprised even the Germans who these soldiers were called "Beutesoidaten" ("captured soldiers").

The "Diary" by Dovzhenko, 28 November 1943: "Today V.Shklovskyy told me that in battle fall multitude mobilized to exempt citizens of Ukraine. Their called blackscroll. They are fighting in home clothes, without any training, as penalty. They are looked as a scapegoat. “One general looked at them in battle and cried”- Victor told me”.

Such this story tells the writer Anatoly Dimarov: "When a village was freed? All men from 60 to 16- all, if there was a leg or hand? Whether blind-deaf- it is unimportant-began to take an army. We were “armed”- gave for half brick and “go, atone guilt blood”, because we were on the occupied territory. They say, you give up a brick, and Germans let think that then grenades! Us 500souls drove out on ice of storage pool…only 15survived! And under Izum the ten thousand unarmed put!”

This happened throughout Ukraine. Documentary evidence is found in a unique multi historical-memorial edition of "Book of Memory of Ukraine" on pages which immortalized the names of millions of victims. In 250 volumes by region, in every village submitted the names of the fallen. Dates mobilization and the death of soldiers indicate a short battle your way and surnames see great family.

Destroyed by war in the villages, cities and towns remained the mother, wives with young children, the vast majority of which soon became widowed and children-orphans. On them were waiting for heavy testing of the post-war years.
This is the Ukrainian dimension.