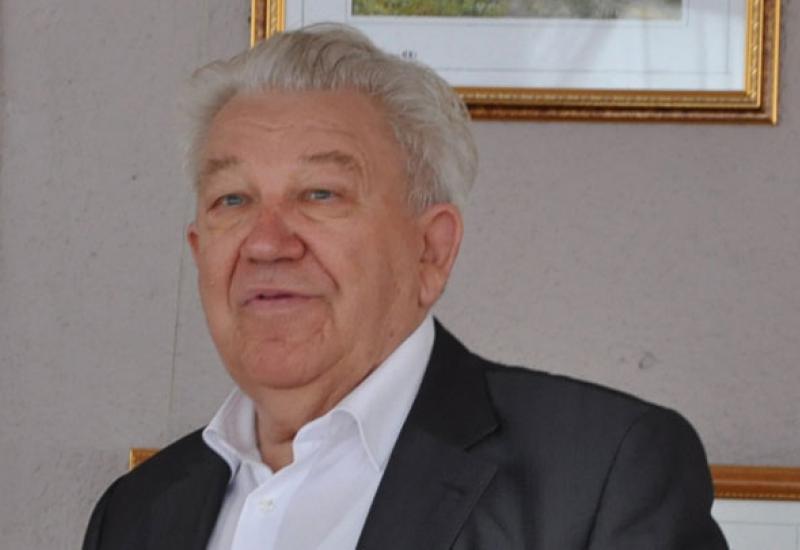 "A talented person is talented in everything" - these words were heard repeatedly during the opening ceremony of the exhibition of watercolors of Sergey Spitz, which opened on May 16 at the Art Gallery named G. Sinitsy Cultural Arts Center "KPI".

Creativity and even the life of Sergei Vasylovych is a clear indication of this thesis justice. Everything he does in life, he does brilliantly. In the mid-fifties, he graduated from the Kharkov Military School pilots and in 25 years, received the rank of captain, he entered the military academy. However, in times of "Khrushchev" reduction of the Armed Forces he was asked to transfer to another branch of service, but in the army, he saw himself only as a pilot, so dismissed in stock. The "civic" enter to KPI, it successfully graduated and left to teach at the university. Later he defended his thesis, was an assistant professor of technical cybernetics, has written more than 80 scientific papers, 2 textbooks, computer textbook on the theory of automatic control, led the development of specialized teaching facilities, computer stands for laboratory research. And yet, his life drew and studied. He studied, he said, the classic home-growth realism - Shishkin, Polenov, Aivazovsky. He started with a simple copy, then began to write from life. So other teachers besides eminent painters, when and their own taste, he was not. This is all the more impressive that he can draw like a pro.

This is second exhibition of Sergey Shpitz on it exhibited his works written mostly in watercolor. This technique is rather capricious and even professional master does not always know what happens after work. This, incidentally, explains the fact that watercolor is almost impossible to copy. Sergei Vasilievich its classic form mastered perfectly. A characteristic feature of most of his work (and he writes mostly landscapes) is almost illusory play space, air, and water. Sometimes he poses a very difficult task, such as the transmission of light effects in oak ("Forest Path") or on a morning meadows ("Morning"), and copes brilliantly with them! For mood and harmony, so to speak, a number of visual musicality of his work is worthy of display in the finest museum halls of the capital (for example, "November", "February").

I note, incidentally, that the works of some authors who have exhibited at the gallery CCC(central cultural centre), near the powerful paintings of the permanent exhibition - works of Gregory Sinitsy - a bit lost. The majority of the watercolor sheets Sergei Shpita look at these walls completely organic.

Recently, Sergei Vasilyevich became 80 years old. So the exhibition is dedicated to his birthday. However, looking at him, believing that he had reached a very ripe old age, it is impossible: his eyes radiate an interest in life, he continues to improve in his art, as evidenced by the work of recent years and months, he is full of plans and creative ideas . Let nothing it becomes an obstacle in their implementation;