Improving the system of training students of foreign nationality [2012] 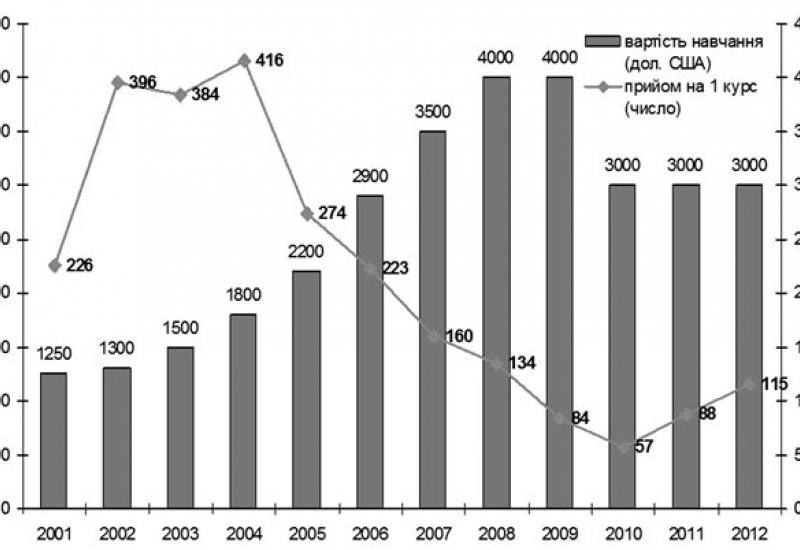 December 2012 . Methodical Council NTUU"KPI" heard a report from the Director of the Center for International Education NTUU"KPI" prof. B.A.Tsiganok "Strategy of development of the system of training of the number of foreign nationals at the National Technical University of Ukraine" Kiev Polytechnic Institute ", generally  endorsed the Strategy presented and recommended to consider it at a meeting of the Academic Council.

Methodological Council in its decision ordered the departments and institutions  start to implement strategies presented. Coordination of the work  with  the departments   was entrusted to  the University Center for International Education NTUU"KPI"

"Development Strategy NTUU" KPI "for 2012-2020 (conceptual positions) and an action plan for its implementation" provides a significant increase in the contingent of foreign students at the university, along with high-quality training of bachelors, masters, candidates and doctors of sciences of foreign nationals. Because  contingent of  foreign students is taken into account to determine the ranking of the University in a variety of systems rated.

this is largely due to the fact that the cost of training for foreign citizens was increased significantly. Such a conclusion can be drawn by analyzing the dynamics of changes in the admission of students to the first year, depending on the cost of training (see. Diagram).

Tuition fees - not the only one, albeit the most significant factor affecting the contingent of foreign students. Experts estimate the effect of tuition price is 40%. At the same time the quality of the educational process - 20%, the image of Ukraine in the world - 10%, living conditions - 10%, formal procedures for entry and stay in Ukraine - 5%, safety on campus - 5%, KPI image abroad - 4%, the level of medical service - 2%, the food  - 2%, relations with Ukrainian students - 2%.

Also a survey of international students about possible problems in connection with training was carried out. According to it the problem occurred in 21% of the students and were mainly associated with a fast  speaking  teachers, as well as the insufficient number of educational materials and a lack of independent work.

Other factors affecting the quality of education of foreign students, and consequently   to the number of them  in the NTUU"KPI":

Results of a survey are presented in Table. 1 and 2

After analyzing the current state of training of the number of foreign citizens, we consider it necessary to implement the following measures aimed at improving both the quality of training, as well as the attractiveness of NTUU"KPI" for foreign students, ultimately - increase the number of foreign students, and foreign graduate students in the NTUU"KPI".

1. Expansion of information and promotional activities outside Ukraine as involving university-wide structures, as well as  departments, institutes, departments.

3. Creating a system of training of foreign nationals in three languages ​​(Ukrainian, Russian, English), which provides a complete set of preparation of educational materials and  teachers  to provide training of  foreign nationals from the first course and to obtain their bachelor's degree, master's degree, the candidate of sciences only  in one of  these languages​​, which should be choosen by a foreign national before, and clearly stipulated in the contract (agreement) between the NTUU"KPI" and a foreign citizen.

In  case the choice of the Ukrainian language a foreign national will be involved in the learning process, together with Ukrainian students, and  when the choice is Russian or English language, training  will be carried out in separate groups created for economically viable number of foreign students in these groups - about 8-12 persons.

4 Determination by the heads of departments of the university, faculties (institutes)  of subjects Master's theses (PhD theses) in priority areas of science and technology, in which scholars (teachers) of departments have high achievements in the modern scientific and technological level, allowing it to offer performance of Master's theses (PhD theses ) including  students of the European countries, the implementation of international master's programs.

5 Increasing contingent of foreign graduate students, doctoral candidates at the University by enhancing the work of all departments, scientific advisers on the basis of a special incentive system of  departments work.

6 Annual processing of pricing policy taking into account: the language of training, the international situation, the Ukrainian market of educational services, training in this or that specialty; proposals departments, faculties and institutes.

7 Determination by each faculty (institute) at least one specialty, on which is possible to train foreign nationals in the English language at the level of bachelor's, master's, PhD degree. For this specialty is necessary to form a complete set of educational materials in English; prepare teachers; develop a system of incentives to teachers.

8.  Revitalization the work of departments, faculties (institutes) with foreign graduates with the creation of databases of foreign graduates, providing them with training courses (training), the invitation to the conference, the development of joint projects, etc. ..

9. Inducing  of foreign citizens to participate in the "Dual Degree", which is implemented in the NTUU"KPI" in cooperation with foreign partner universities, training at the joint Ukrainian-German Faculty of Mechanical Engineering.

10 Provide the  contro system  of attendance  courses by foreign students and quality of their learning tasks (taking tests, exams, certifications, perform undergraduate, Master's theses, dissertations for academic degrees) with the introduction of the principles of rewards and punishments.

11 The development of an international, tolerant student environment  in NTUU"KPI" by: attracting foreign students, graduate students to work in student government, in the Faculty Academic Council (institutions) in the Academic Council of the University; support the work of local associations of foreign students; organization of the work of the International Student Club "Friendship" with the participation of Ukrainian and foreign students; involvement of foreign nationals to participate in competitive sports, amateur clubs, tour programs and other cultural events.

13.  Implementation of measures for the recognition of overseas higher education diplomas obtained by foreign students, graduate students, who studied in the NTUU"KPI".

14.  Expanding the range and types of educational services, especially in the new priority specialties for foreign nationals (full, including education, the second higher education, training, internships, practice courses Ukrainian and other languages​​, history, geography and culture of Ukraine, short-term specialized courses etc.) with the appropriate information and advertising component.

15. Improving the living conditions of foreign nationals in the campus NTUU"KPI" with full use of funds received as payment for the accommodation of foreign nationals on campus according individual annual cost estimates agreed with DEF involving management of campus and the Center for International Education.

16.  In partnership with the Lviv National University of Franko, other universities of Ukraine (by consent) to create a system test of foreign nationals to determine the level of knowledge of the Ukrainian language in accordance with the 6-level European system of examination and evaluation of the level of language proficiency.

17 Activation of the work with the Ukrainian embassies in foreign countries and foreign embassies in Ukraine, centers, businesses, other government agencies that are engaged in the recrutment of their citizens to study in foreign universities, through agreements and contracts.

18. Creation of sceintific-educational centers of NTUU"KPI" on the base of foreign universities-partners with organisation of work of NTUU"KPI" teachers in them, including language training of foreign nationals to study at NTUU"KPI".

19.  In order to create a positive image of the university of foreign nationals  make an arrangement of the territory around the building number 31 NTUU "KPI", neighborhood, redecorating dormitories number 7, 8, 15, 19.  Regular work on crime prevention from  foreign nationals as well as in relation to them.

20 Ongoing work with insurance companies, medical institutions in the health care of foreign nationals, prevention them from diseases.

21 Cooperation with state authorities of Ukraine concerning improvement of legislation concerning the stay of foreigners in Ukraine for training purposes. Development of proposals to government bodies of Ukraine on the implementation of light-duty visa invitations and transmission procedures in the migration service.