The Prime Minister of Montenegro Milo Djukanovic unveiled a monument to Petar II Petrovic Njegos on the premises of the National Technical University of Ukraine "Kyiv Polytechnic Institute" in Kyiv. 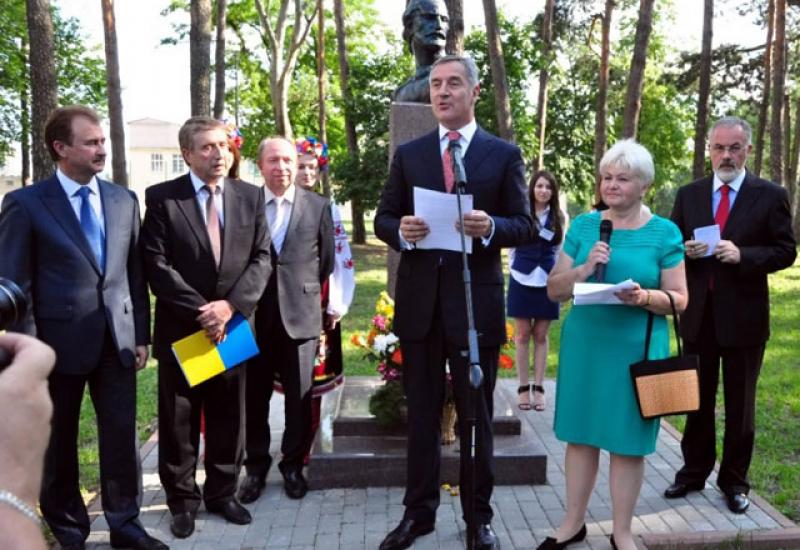 On the 13-th of June the public garden near the Science and Technical Library of the National Technical University of Ukraine "Kyiv Polytechnic Institute" (NTUU KPI) hosted the solemn ceremony to unveil the monument to Petar II Petrovic Njegos (1813 - 1851), an outstanding poet and the Prince-Bishop of Montenegro.

Petar II Petrovic Njegos was the Prince-Bishop of Montenegro between 1830-1851, the Serbian Orthodox Metropolitan of Cetinje. He was an outstanding statesman, reformer, Montenegrin fair fighter against Turkey. When he was in power Montenegro began to turn into independent modern state. He also founded the first school and printing establishment in Cetinje, that is a historical and cultural capital of the country, and edited a collection of folk songs. Moreover, he was a prominent poet, one of the most remarkable in the literature of Balkan nations.

After the formal inauguration, respectable guests made a brief tour around the avenue of statues of famous scientists and engineers whose creative work had begun at, or been associated with the Kyiv Polytechnic Institute.