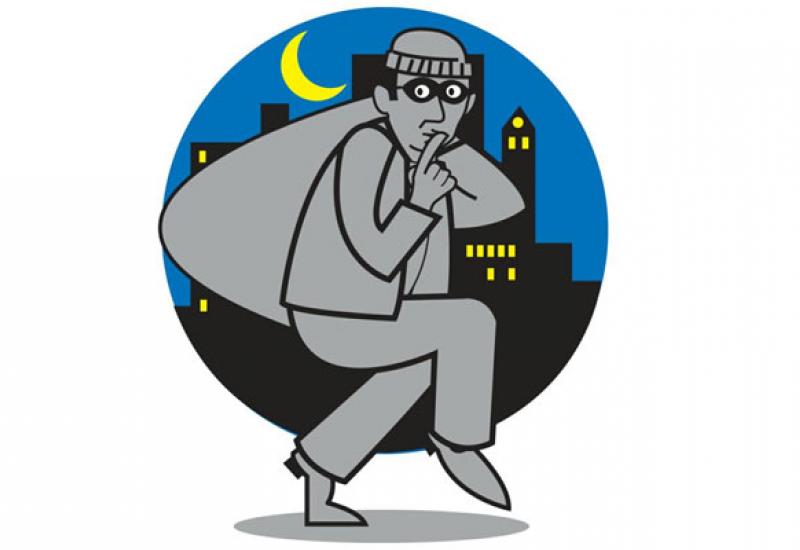 Believes that there are still more good people on earth than bad. But sometimes we think differently, because evil people are often more visible and aggressive than their antipodes .

Each of us is aware of the fact that the street can be dangerous sometimes. But we always think about how to protect ourselves from the trouble and avoid becoming a victim of street attacker ?

In an era of innovative technologies it is probably impossible to find someone who does not have a mobile phone. The market offers buyers a variety of models, depending on their functionality and therefore on the price. The buyer chooses a phone depending on needs and capabilities as mobile has become an integral part of everyday life. And along with significant proliferation of mobile communication and frequent cases of phones theft, to avoid losing your mobile , remember that you should always keep track of your belongings , do not leave your staff unattended for a long period of time, avoid conservation with unfamiliar people, take care of yourself and of your property .

According to statistics, the main category of victims is among women, and therefore all these rules especially appeal to women. When coming back home at night ask relatives or friends to meet you or call the taxi of well-known brands in order to get home , besides, ask the driver to wait until you get to your apartment. If you come home late alone , do not wear expensive clothes or jewelry. Do not provoke thieves for commiting a crime.

Often crime are commited when a person is in a state of intoxication. Don’t intrude, pass by such person quietly . Always try to rob .

Object of attack may be children, so parents should not buy extremely expensive mobile phones for their children .

Robber is a kind of thief who "works" all the time: at any time of year, time of day , during week or at the weekend . The only thing that changes is the kind of item that they are interested in : gold jewelry and other valuable staff , mobile phones and money .

There was a case when such a criminal commited dozens of crimes. Representatives of Solomianskyi police station in Kyiv detained the resident who confessed that he has been involved in 40 robberies . And these are only cases that have been proved.

Many street criminals do not want to risk it , and therefore actin cautiously, quickly, unexpectedly . Cold season helps them: there are very few pedestrians on the street , snow hides the steps. They steal the bags , mobile phones and jewelry. Typically the crime happens in the dark time. Crimes involving burglary usually occur during the time period from 17 to 24, when most people return from work or are out of home. The “favourite” places for burglars are unpopulated and unlighted streets , shady alleys . Do not hesitate to raise noise in order to attract attention and get help, but you must realize that it is better to let go than to get to the hospital. The natural human curiosity may help you. Try to remember the thief appearance and immediately inform the police , because the probability of arresting the offender for right after the crime has been commited is much higher than after some time .

Some criminals specialize in robbing people in public transport. In this case the victims who reported to the police can only describe the height of the offender and the color of his jacket .

How to avoid the risk of becoming a victim of a robber or at least to minimize the risk?

1. Do not attract attention , talking in public transport on mobile phone .

2. In any case , when coming home late , leave your valuable staff at home .

3. Do not show a large sum of money which you have in your wallet . Going to the store , prepare certain amount of cash or use a bank card if the store has a special terminal. Also prepare money to pay for the public transportation in time.

4. Do not make your way shorter, going home on the dark streets , avoid deserted , unlighted places. In cold season try to go in some places crowded with vehicles and pedestrians. Do not walk alone, call home to meet you. Having noticed that someone is stepping close to you , feel free to go to the other side of the street - this allows you to avoid the threat. Be aware that criminals like darkness and silence.

5. Trust your intuition. If you think that someone deliberately follows you, better get soon to the nearest public places - cafes, shops and bus stops .

6. If you have the bag in your hands, hold it firmly. Often the attacker doesn’t make the second attempt, when the first one was unsuccessful.

7. To prevent your child from becoming a victim of an attack , do not buy him expensive mobile phone, warn him about personal safety and advise to use the phone only on the premises.

8. Do not go out into the street while intoxicated . In practice, quite often robbers choose to attack a person in a state of noticeable alcohol intoxication, because alcohol reduces reaction and coordination .

How to secure your own home and arrest the robber if the offense has already been committed ?

1. In advance take care of its security. Human safety significantly facilitates the work of criminals. Set grill on windows if you live on the first floor , make sure the the front door is reliable enough. When you travel , warn your neighbors about your absence. But what if you came home and found the door of the apartment is opened? Most importantly you need not panic . Never rush into the apartment . If criminals are still there, their reaction is difficult to predict , and its not a fact that they would be frightened and surrender without a fight.

2. Immediately call the police. The phone number is 102.

3. Do not attempt to stop the robbers when they come out of the house . If they notice you , then try to get rid of a witness, and your life and health are more expensive than any wealth.

4. If criminals left the flat before the arrival of the police officers - do not enter . You can destroy evidence or erase fingerprints left by the robbers.

5. Make a complete list of the stolen items with their detailed description. The most helpful are the pictures of every precious thing, that will make it easier to recognize them .

6. If you've seen the robbers try to remember their appearance. Any little thing : a tattoo , scar or any other things will help the police to mark the offender.

7. And, of course , make arrangements to prevent things like this happen again later : Set alarm , hang thick curtains or blinds. If you live on the first or second floors , close the vents when going out .

Criminal Code of Ukraine provides for liability for committing this type of crime like robbery, and considers the punishment by imprisonment from 4 to 13 years .

So be careful and remember: personal safety depends on your behavior !