The winter calendar holidays of Ukrainians include Pagan and Christian features. Christmas (the 7th of January) and old New Year or Vasyl’s holiday (the 14th of January) are accompanied by ritual songs (carols, shchedrivkas), wishes, dinners, theatrical plays and entertainments. You can hear as much colors of the carols as there are villages. The brightest Christmas ceremonies literally take place in the village of Kryvorivnia (Ivano-Frankivsk region) and the most typical Malanka is in the village Krasnoilsk (Chernivtsi region.) 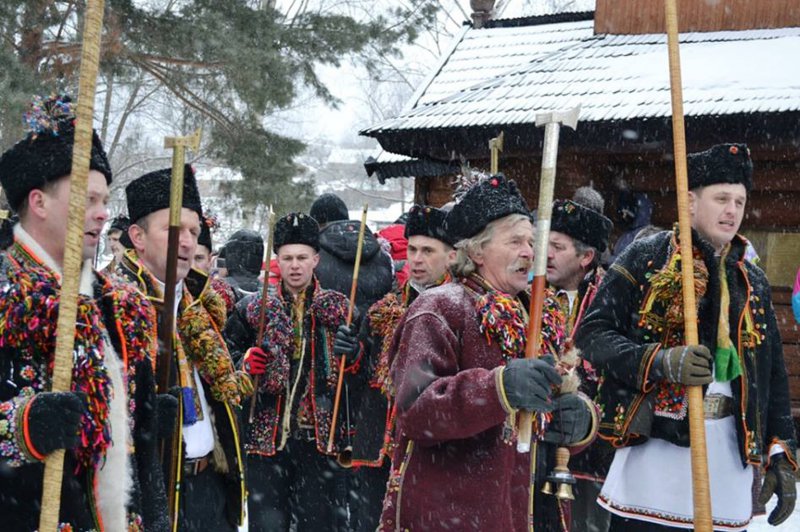 In Kryvorivnia only men song carols. During the week 6-8 gangs of men bypass the houses (even empty ones) and sing ancient Christmas songs. They visit 3-4 dwellings per day. The natives say: “It’s pride to be a carolist. Whoever cannot be one. The men have to be decent, the householders – good, the fellows – modest and hardworking. They are to have a voice, to be musically talented.” The leader in the carol gang is ‘bereza’. He choose the carolists, teaches them, he knows about 50 carols and even more traditions, in general he leads the action. The original attribute is the ax, that set the pace for the songs and helps overcome the mountains.

People begin caroling on the 7th of January after the solemn Mass, chant and the parades through the territory of the church. This action is very bright and colorful. It brings together several hundreds of tourists every year. 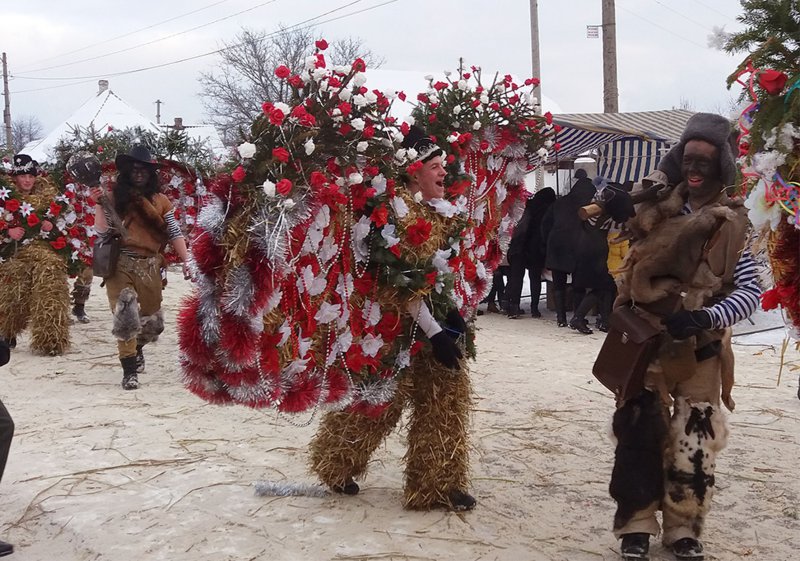 Romanian Malanka in Bukovina is a bright, colorful and absolutely unfamiliar for the out-of-towners. More and more tourists and journalists come to Krasnoilsk, Vashkivtsi and other villages on the 14th of January every year. They want to  look at crowned ‘kings and queens’ in the headpieces embroidered with beads; ‘bears’ and ‘Gypsies’ covered in soot; different ‘Pops’ and ‘Nanas’ in home-made masks, bright grasshoppers made of ribbons and other impersonating (mostly male one). The Malankas Festival, which has been held for a few years in Chernivtsi, contributes to it.

The only one place, where you can see the authentic hay and winged ‘bears’, is Krasnoilsk. Hay ‘bears’ are the real haystacks (the weight of the suit is up to 100 kg, it is being worn in a lying position, after that 2 or 3 men pick up the fellow). The winged ones have the wingspan of about 6 m. They sing Romanian song about the bear. 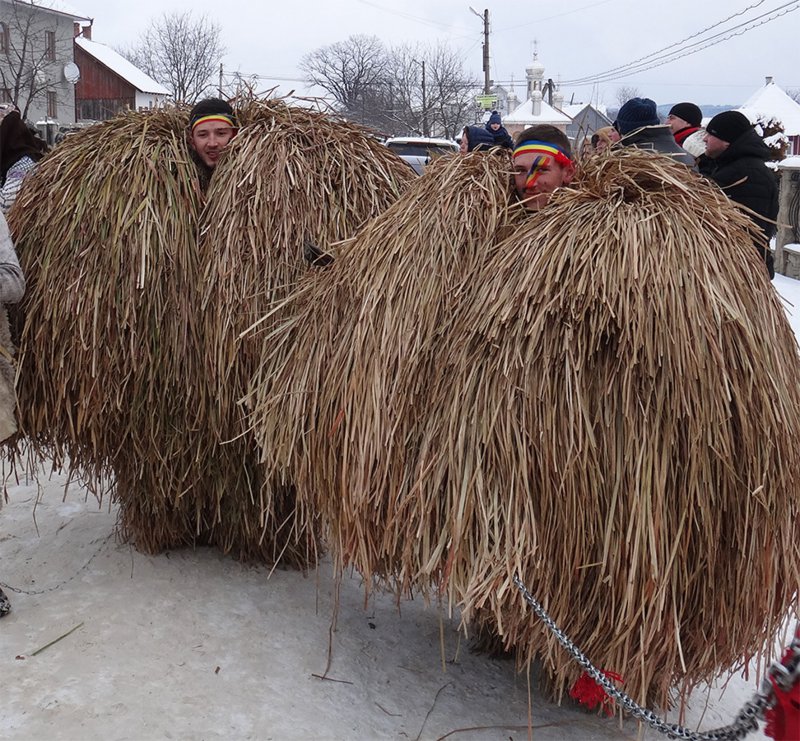 The Gypsies, who lead the bear with chains, time and again hit the ground with the maces. After that the ‘bears’ begin dancing and fighting, swaying on the street. The drums set the pace and legs themselves begin dancing. Every corner of the village has its group of malankarists (up to hundred people). They bypass the yards of the most respected inhabitants, where they are necessarily lavished. Then, they come to the central street and move slowly to village council, dancing and singing.  It’s a real winter carnival with the incredible atmosphere and energetics. When it gets dark on the central square, people arrange peculiar festival and different treats. They treat all the passers-by (visitors), who try to photograph this incredible action in different ways. We counted six gangs last year, but there were probably more.

It’s impossible not to remember the children. It’s a great pride for them to take part in Malanka, which continues from morning till night.  So they try to act like adults in spite of tiredness and notable frost. Dressed in different suits children time after time touch the viewers, offer treatment, hairdressing services, etc., gather money for babies, and, of course, photograph for rewards. 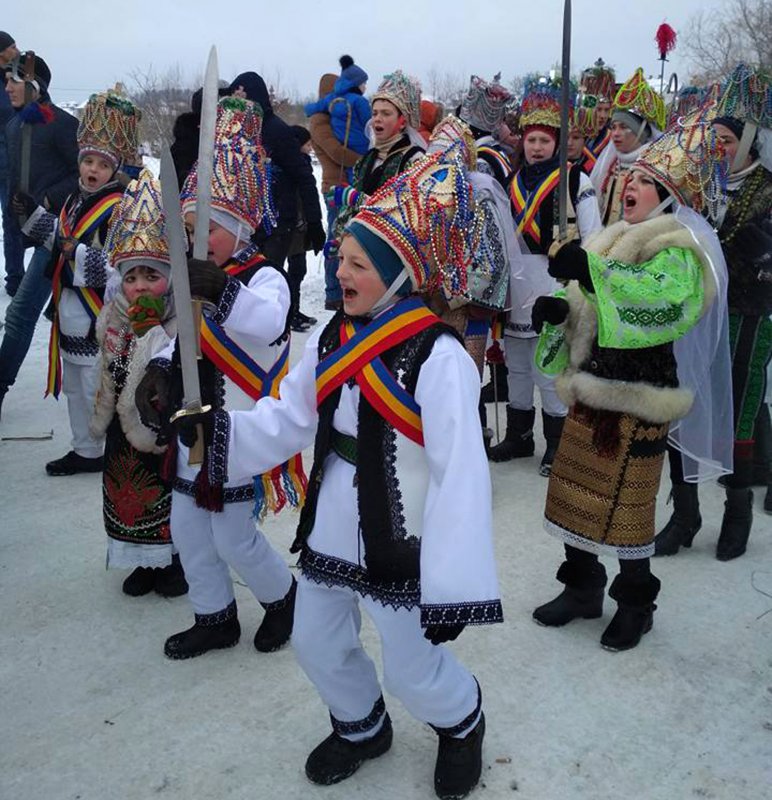 It’s true what they say that it’s time to appeal to UNESCO for the introduction of Malanka of Bukovina to the list of intangible heritage.