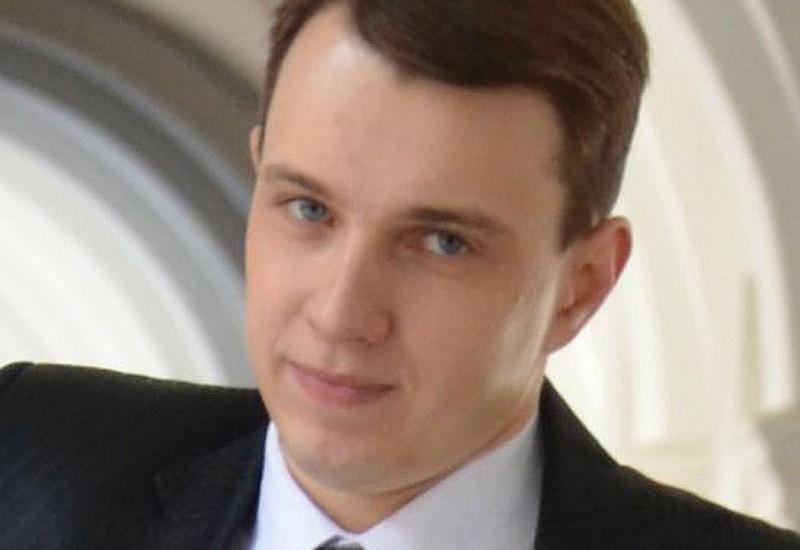 In modern life we are completely dependent on electricity. It is difficult to imagine environment without means of communication, appliances and electric transport. "From day to day, the demand for electricity is increasing thanks to new inventions which are successfully implemented. All of this need to be skillfully managed in order to optimize spending of energy and resources within the constant society development", - says the head of the Young Scientists Council of the University, associate professor of the Chair of Theoretical Electrical Engineering EPEA, Candidate of technical sciences Oleg Beletsky, the winner of the contest "Young Teacher-Researcher 2017". He is convinced that successful future of our society directly depends on efficient management of the obtainable energy potential. The country that is skillful at arranging its energy resources can set the correct vector of development.

Oleg is a foster of the Igor Sikorsky Kyiv Polytechnic Institute. According to his words, he continues the teaching dynasty: mother, grandfather, grandmother and great-grandfather were pedagogues. Though Father was a regular member of the armed forces, thanks to the interest in technologies, he was also teaching during his free time. Oleg participated actively in student competitions while he was studying at school. He became a prizewinner on a municipal, regional and country levels competitions in mathematics, physics and English. He had been attending a radio engineering club for many years and has graduated from school with a gold medal.

Oleg has graduated from Faculty of electric power engineering and automatics, where since 2005 had been studied in the field of "Department of Automation of Electromechanical Systems and Electric Drive" and has proved himself as a curious and diligent student. His favorite subject was Further mathematics, which was taught by the associate professor, PhD in Physico-mathematical sciences, K. M. Kilchevska. He was actively engaged in community work: from the beginning of his junior year he was elected the monitor of the group, and later he had become a party to the Student board of dormitory. Being in this positions he had received gratitude from the department and faculty leadership. All these years he was actively engaged in sports. Over the years of studying he has published 9 researched articles, has participated in scientific conferences. While studying for a master's degree, he created a stand based on the modern converter of the company ABB. He graduated from the University, receiving Master's diploma with honors.

In 2012,  young researcher began working as a teacher and entered the postgraduate education at the Department of Theoretical Electrical Engineering. Thesis is dedicated to development of theory of transitive processes of ultracapacitators' charge circuits from batteries in case of non-zero initial voltage values on clamps with the view to increase the energy efficiency of charge circuits.

During the  postgraduate education process he initiated the establishment of the Council of Young Scientists of the Igor Sikorsky Kyiv Polytechnic Institute. This idea was realized with the support of M. Ilchenko, the Academician of NAS of Ukraine and prof. V. Y. Kotovsky. At the first general young scientists' meeting in 2014, O. Biletsky was elected the chairman of the Council, which he heads to this days. The Council, together with the VPI, have established the School of Young Scientist project, which becomes more and more popular and gets  participants from different parts of the country together. Oleg, being a part of the Council of Young Scientists under the Ministry of Education and Science of Ukraine, is actively promoting the young scientists' activities at the legislative level.

The scientist was awarded the Honorary Diploma of the State Agency on Science, Innovation and Informatization of Ukraine for his intensive research activities, high-level professionalism and significant contribution to the development of youth science. He also received a letter of gratitude from the Ministry of Education and Science for his diligent work and efficient pedagogical activity.  In 2015, for the purpose of further reformation of O. Biletsky's Educational sphere, delegated to participate in  "the Open World" Program in the United States, funded by the USA Congress and run by "the Open World" Leadership Center. Thanks to his persistence and determination, Oleg submitted his thesis on time and started working on his PhD (scientific consultant - prof. V. Y. Kotovsky).

In 2016, Oleg represented the team, that was included to the list of winners of the start-up competition of the "Sikorsky Challenge" Innovation  projects  Festival, with "Autonomous power supply system based on supercapacitors for an electric bus". This project was based on the results of his thesis.

In 2017, the young researcher was awarded with the Medal "Labor Glory" of the II degree of the International Academy of Rating Technology and Sociology "Golden Fortune" for his efficient scientific work. Nowadays he dedicates a lot of time to teaching at the Department of Theoretical Electrical Engineering.

O. Biletsky is grateful to his teachers and lecturers, mentors. Oleg also expresses his gratitude   to the colleagues, who work with him at the Council of Young Scientists. He is sure that honest selfless work for the sake of good aim will always bring good results. The main thing is to keep moving forward and do something new on this path every day. According to his words, all the results were achieved only with the help of diligent work and endurance.