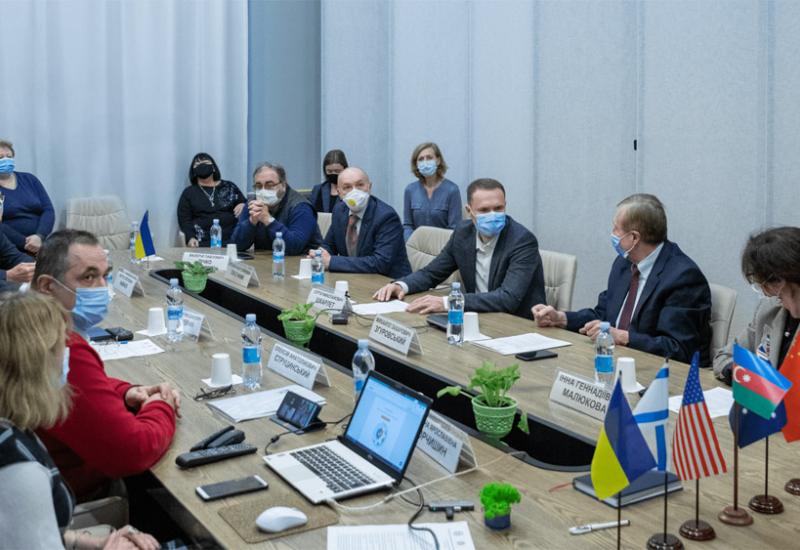 The work of the Festival of Innovation continues. During the next discussion panel they talked about the development of the regional network of innovation environment Sikorsky Challenge. Today there are already 13 clusters in Ukraine and 5 in other countries. During the meeting, a memorandum was signed with Zakarpattia Oblast, which became the 14th representative office of the Sikorsky Challenge platform. Igor Sikorsky Kyiv Polytechnic Institute Rector Michael Zgurovsky stressed the importance of expanding the network of start-up schools:

"Today we are joined by the 14th cluster - from Uzhgorod. It is very important for us to transfer the experience gained in the Sikorsky Challenge innovation environment to regions where local authorities, local businesses, local science and local universities would like to unite to innovate their regions. We are very glad that in a number of regions this work is already quite successful. “

Deputy Head of the Zakarpattia Regional State Administration Vitaliy Tsvigun, for his part, stressed that his native land is rich in resourceful, hard-working people, so the school of innovation will become the centre of intellectual potential of Zakarpattia:

"We have a wonderful Uzhhorod University, we have powerful production sites - these are constellations of world brands and the most powerful industries that export goods. Today we signed a memorandum with the Sikorsky Challenge between the regional state administration and the Zakarpattia Regional Development Agency to create a scientific environment, which also aims - following the example of the Sikorsky Challenge - to develop, create and implement projects. We very much hope that it will be a great success, because the potential of Zakarpattia is very great: there are hard-working people, smart scientists, promising specialities. The Sikorsky Challenge is an example of how to achieve a goal and turn any successful idea into a real business project.”

Inna Malyukova - project manager of the Ukrainian network of start-up schools "Sikorsky Challenge" is convinced: universities are at the centre of innovation environments everywhere. Because there are tens of thousands of young people who aspire to succeed as innovators, and much of that success depends on the policies of university leaders:

“Why do start-ups open in specific universities? This is the individual work of either the vice-rector or the rector, and we are joined by new people who share our values. And the values are the same - to make the innovation system the engine of economic development. That is why today we are creating innovative clusters, where the government, public organizations and business unite around the university.“

The topic of expanding the network of start-up schools in Ukraine is an important milestone in the development of innovation, which can be a powerful impetus for change in the economy. That is why present at the discussion of this issue was in. at. Minister of Education and Science of Ukraine Serhiy Shkarlet. In addition, the official is a former graduate of Kyiv Polytechnic:

"As a Igor Sikorsky Kyiv Polytechnic Institute graduate, it is a great honor for me to be at my alma mater. I am amazed at how fast the Sikorsky Challenge Festival of Innovative Projects is developing. Since 2012, the number of investors has been growing and the number and volume of investments in those start-ups that are currently implemented as part of the Sikorsky Challenge Festival has almost tripled every year. I know not a lot of industries and start-ups that are currently able to give such a result. 30-40% of the final projects of the Sikorsky Challenge are formatted as a ready-made start-up project, while the world figure is somewhere between 12-15%. This shows that today Ukraine is rich in talents and ideas, and all this is grouped around the university - it's very good. I am very pleased that Igor Sikorsky Kyiv Polytechnic Institute is not just conducting the Sikorsky Challenge - it broadcasts it to the regions, and this once again confirms the main role of universities in the development of the state, in the development of the economy, in the implementation of scientific results.

At the end of the meeting the rector of Igor Sikorsky Kyiv Polytechnic Institute  Michael Zgurovsky added:

"Our dream is to unite regional clusters, build a single national innovation system and help the country reorient its economy from raw materials to high-tech. That is why we are trying to go in this direction step by step and we hope that Ukraine will become a developed, high-tech, intellectually powerful country in the world. “