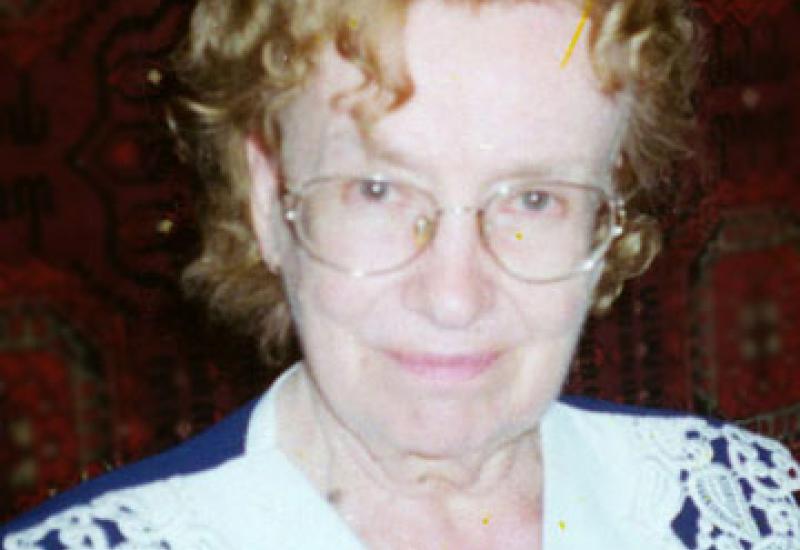 N.A. Virchenko - Ukrainian mathematician, Doctor of Physical and Mathematical Sciences, Professor, Academician-Secretary of the Department of Mathematics, Academy of Sciences of Higher Education of Ukraine, Vice-President of the Academy HS, a member of the Shevchenko Scientific Society, Ukrainian, American, Australian, Belgian, Edinburgh, London Mathematical Society, Soros Professor (1997), winner of the I prize NTUU "KPI" (1998). She is the distinguished lecturer NTUU "KPI" (1999), Honorary Professor "KPI" (2005), Chairman of the Scientific and Methodological Council of the All-Ukrainian society of political prisoners and repressed, is the award of Yaroslav the Wise of the Academy of Sciences of Ukraine HS (1999), the medal "Builder Ukraine "(2001), medal of St. Andrew (2005), a sign of MES" Peter Mohyla "(2007), Honored Worker of education of Ukraine (2006)," the teacher-researcher - 2008 ".

She is a scientific advisor of students’ projects, diploma works, candidate theses. She was many times an opponent during defenses of doctoral and master's theses, proving her high prestige in the world of mathematics and the importance of her research.

A gifted teacher with a long teaching experience (50 years), she has a great talent for organization, has served as head of the Student Scientific Society (KSU, later - in the KPI). She was the organizer of the twelve international scientific conferences of Acad. Kravchuk (1992-2008), the opening of their audience of M.Kravchuk in the KPI (2002), the creation of the film "Calvary Academician Kravchuk" (2004), the opening of the monument M.Kravchuk (2003), the compilation and publication of three books M.Kravchuk - "Science-fiction work" (2000), "Selected mathematical works "(almost 800 pp., 2002), (" Development of the mathematical ideas of Mykhailo Kravchuk ) (almost 850 pp., 2004).

The start of her life was very simple: the love of Ukraine, which she absorbed with their mother's milk, the spirit of the parent grown and hardened, mother nature brought up.

During her school years, she decided to devote her life to Ukraine, to serve science, such destitute people. In particular, in her graduate essay in school, which, according to a newspaper correspondent, who was present at the exam, "was impregnated by the patriotic spirit," she wrote, quoting the famous words:

I am the daughter of my people,

I will give him everything,

Only to him, I will give,

As it will be needed, I will die for it.

Even her alias was - UZHMA for which it later tortured during the investigation to the KGB. And it stands for: Ukraine - Woman - Mathematics - Astronomy or Ukrainian woman mathematician!

She went to the school 6 years old, she studied at the "excellent", and behavior - "2", it is boring to sit, knowing how to read, write, she did not sit in one place ... did not listen to the teacher ...

Autumn of 1945 the family moved to Zhitomir. She was late for school (graduating class) for two months. In the morning she went to the library and sat there until the lunch - and then without lunch she walked through the Zhitomir to the school (the only Ukrainian ten-year was far). 15 kopeika for the tram she did not have. There is in the school number 36 a list of medal winners over the years, and her last name - first.

And then - in the autumn of 1946 – mechanics and mathematics department of the University of Kiev ( she want to enroll in the University of Moscow – but it was not happened: look the magazine "In the world of mathematics," v. 10, v.1, 2004 Essay N. Virchenko "As Academician .M.Kolmogorov took me in Mechmat Moscow University ").

Kiev began to Nina with basement dorm room. 19 female students huddled in the room. But it was not a problem for the young Nina: if only should be the place where to sleep. In Kiev there were not only the university, but also concerts, public lectures, numerous museums, libraries! Nina was a good student, was a brave and very independent, dreamed of interplanetary flights. These dreams and brought her to the student group of rocket technics and aerodynamics, where young enthusiasts investigated various hypotheses of space exploration. Twenty-nine boys and one girl (Nina) studied the structure of the aircraft, developed their own projects improving operations by skydiving. Nina had ten such jumps.

She studied at the Faculty of Mechanics excitedly. This 16-year-old girl with pigtails was listening the lectures on analytic geometry of 87-year-old professor BJ Bukreev that more than 60 years he taught at the University of Kiev, in mathematical analysis - Assoc. S. Crane. S. Crane was a brilliant lecturer, romantic mathematics who could pick up the words, and vulnerable unusual gestures, sought to arouse students' interest in the general mathematical ideas, fascinated by the inexorable logic of reasoning, originality of expression. His lectures were music to Nina, she perceived them as intelligent holiday! "Since the first student years - says Nina - just remember with joy unspeakable, incredible pleasure of training in mathematics and unbearable hunger! It was hungry in Ukraine at that time! The lectures formula mixed before the eyes with slices of bread" ...

A totalitarian regime repressive machine was running continuously. This Moloch demanded more and more victims, all who differed over vanity greyness, who became the audacity to have their own opinion ... Nina was arrested in June 28, 1948. She was accused of political conspiracy, rebellion, which was secretly prepared. Young girl found herself face-to-face with experienced butchers, but did not change himself or his friends. It was her victory over the totalitarian system! After that, everything went according to developed scenario: an interrogation of the same Vladimir street, where there was her alma mater. And then - Lukyanivska Prison, and January 8, 1949 "Special Council" - extrajudicial structure, which quickly passed the sentence - on the base of Article 54 - 1 Nina was condemned to 10 years in special camps for taking part in "Ukrainian nationalist gang" .

The road to Eastern Siberia, forty-degree frost. Finally - Taishet special camps (lesopoval, quarry, hospital ...). No radio, no newspapers, no paper - all strictly forbidden. Letters - only twice a year. There are no words to describe a regime, bullying guards, wardens, the hard work, the disease, the frost of 40 degrees, the loss of friends! However, Nina lived there for her principle - what have you done each day for Ukraine?

But black clothes with numbers (her P-840) were not able to outshine bright eyes of girls captives. Though briefly and furtively, but they sang, and embroidered and wrote poems. Nina saved by mathematics, oral lessons which she held for friends. It actually was her first teaching practice - without pencil and paper. None of this was not allowed!

Subsequently, after Stalin's death, Nina amnestied - as a "youngster" (after six years of imprisonment). Back in Ukraine, Nina worked hard and continued her studies, and a keen eye KGB watching her until the 1990 (searches, interrogations, etc.). Thanks to prof. G.M. Pologiy, Assoc. N.A. Paharev, prof. I.I. Lyashko, Acad. I.T. Shwets, which, so to speak, took her "bail" - after graduation the university she was enrolled in graduate school. Ahead of schedule she graduated from graduate school, became an assistant, in a year – the senior teacher, and since 1967 - Associate Professor at the University.

For political persecution she was able to defend her doctoral dissertation only in 1988, in the time of the so-called "perestroika". Subject of doctoral - "New types of pair (triple) integral equations with special functions." She dedicated this thesis to her parents, who could not wait her scientific success.

And then - independent Ukraine! And now Nina plunges into the world of mathematics, and participates in conferences, meetings, public events.

Back in 1965, working at the Kiev University on issues of mathematical physics, Nina met in the scientific literature mentions of Michael Kravchuk. And when she began to look for his works, she discovered that they were virtually excluded from library collections. She quickly realized that Academician Mikhail Kravchuk – not an ordinary, but the great mathematician, and then learned that he had died in Kolyma. This is even more attracted Nina to Michael Kravchuk - both his scientific and personal tragic fate.

There are more than forty-five years Nina Virchenko "deals with Mikhail Kravchuk." "My research and public debt - to explore, learn, promote scientific ideas of the scientist, and continue to develop all areas of his scientific, social activities, always and everywhere to be worthy of his name!" - she says.

So, Nina Afanasevna - an amazing, unique, light, woman, scientist, teacher of God's grace, a special person! All who have the pleasure to communicate with her, were striking by her humanity, uncompromising, unique sincerity, compassion, humility, integrity, sincerity, hard work, tireless, unquenchable vitality.

Nina Afanasevna has the gift to pour all her strength, energy, knowledge to the audience. She loves students, ignites them constantly, in a word, she is - a creative teacher!

Scientific and methodical work, various non-fiction, literary and journalistic essays of N.A.Virchenko, her diverse educational and social activities represent a significant contribution to the development of mathematical science in Ukraine, promote effective communication of science and technology with higher education, help to educate the active creative youth.

Looking back on the course of life, my credo was: "My life - Ukraine and Mathematics", now I add another: "... and Michael Kravchuk, and students."

Yes, and students! "Love as the soul and shake like a pear" – I often repeat them. Continuously excite students' opinion, constantly giving additional incentives to further knowledge, to try to attract the attention and interest of students to the subject, disclose the magical features of mathematics, its beauty, power, strength, value for other sciences, shows the depth of the universality of mathematical methods and the like. Guided by the principle of the famous teacher- K. Ushinsky: "Know your subject and puts it clearly." I further add: love student!

"To be a good teacher, you must be:

Actor virtuoso of his craft,

And let me finish some suggestions, ideas for students, teachers:

• Do not be afraid to not to miss with honor!

• Respect the ideals of national history and culture of their homeland;

• Take care constantly about the greatness of student souls;

• Look in the work of the source of spiritual existence;

• Take the example of the eagle and the ant;

• Think about those who are even in a worse situation;

• As fully as possible realize your intellectual potential;

• Live and work as if you try to catch up an express train;

• And let your speech will be free, imaginative, colorful, bright, juicy, fragrant!