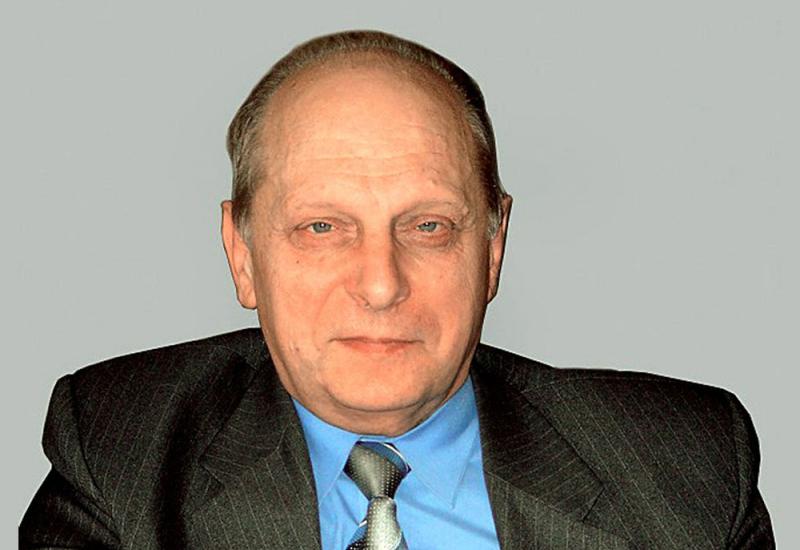 On July 8, 2021, the Dean of the Faculty of Physics and Mathematics, thesis advisor of the Department of Descriptive Geometry, Engineering and Computer Graphics of the National Technical University of Ukraine “Igor Sikorsky Kyiv Polytechnic Institute”, Doctor of Technical Sciences, Professor, Honored People's Education Worker of Ukraine, Volodymyr Vanin celebrates 80.

His creative path was direct and consistent. In 1963, Volodymyr’s science career began when he graduated from the Faculty of Chemical Engineering of the Order of Lenin Kyiv Polytechnic Institute.
In 1962-1963, the young specialist worked as a design engineer and dreamed of improving his knowledge. So from 1966 to 1969, he studied in graduate school. And already in 1971, he presented his thesis on “Geometric modeling and construction of scans of fabric coatings of non-deployable surfaces”.

In 1972-1974 and 1980-1983, the scientist trained foreign colleagues and worked at universities in Algeria. Yet Volodymyr Vanin’s life turned out impossible without the alma mater. In 1974-1989 he worked as an Associate Professor of the Department of Descriptive Geometry, Engineering and Computer Graphics of the Order of Lenin Kyiv Polytechnic Institute in memory of the 50th anniversary of the Great October Socialist Revolution. Later, in 1989-2015 Volodymyr worked as the Department Head. Since 2015 the scientist has been a thesis advisor of the Department.

In 1996, Volodymyr Vanin submitted his doctoral thesis on “Involute-evolutionary models in ordered flows”. The same year he became the Deputy Dean of the newly created Faculty of Physics and Mathematics of Igor Sikorsky Kyiv Polytechnic Institute. Since 2007 he has been working as the Dean of this Faculty.

In 1997-2003 and 2008-2011, the scientist works in the expert council of the Higher Attestation Commission of Ukraine. He is currently the Vice President of the Ukrainian Association of Applied Geometry, Editor-in-Chief of the Interdepartmental Scientific and Technical Collection Applied Geometry and Engineering Graphics, Member of the Editorial Board of the Collection of Sciences Modern Modeling Problems and Scientific and Technical Journal Building Mechanics of Engineering Structures, and a member of two specialized scientific councils on the presentation of dissertations.

Volodymyr Vanin’s research has contributed to the theory and practice of geometric modeling of complex technical objects, processes, and phenomena in aircraft construction. The obtained results of the jubilee and his students are used at many leading machine-building enterprises of Ukraine, for instance, at the Antonov State Enterprise, PAT NVO (PJSC) Kyiv Automation Plant, VAT Merydian named after S.P. Korolyov (OJSC Meridian), and others.

Professor Vanin helped and guided 3 doctors of sciences, 11 candidates of technical sciences. He is the author of more than 300 scientific and educational works, including 3 monographs, 6 textbooks (one of them won the Igor Sikorsky Kyiv Polytechnic Institute Prize), 4 textbooks with the stamp of the Ministry of Education and Science of Ukraine, patents of Ukraine. For outstanding achievements in science, the researcher got awarded the Order of Merit and the honorary title of Honored People's Education Worker of Ukraine.

Volodymyr Vanin takes care of young scientists-researchers, helps them in the creative search, and implements them into production. He also reads lectures to inspire and encourage further research. Numerous disciples and followers remember their Master with gratitude and continue with dignity the deeds he initiated. Volodymyr Vanin also proved to be an outstanding teacher. He participated in developing methodical materials in descriptive geometry, engineering, and computer graphics. They fit into the system of distance learning. They also help both Igor Sikorsky Kyiv Polytechnic Institute teachers and teachers of other universities improve their training skills.

Anniversary is the boundary that makes not only comprehend the path traveled but also analyze the present. It motivates new achievements in research, education, and management.

The University Administration, staff of the Faculty of Physics and Mathematics and the Department of Descriptive Geometry, Engineering and Computer Graphics, students of Igor Sikorsky Kyiv Polytechnic Institute congratulate you, dear Volodymyr Vanin, on the glorious 80th anniversary. We wish you durable health and longevity, well-being and harmony in your family, success in research and education for the benefit of our University and our native Ukraine. We wish all your dreams come true!

May each coming year inspire you to new achievements, give strength for new victories in the training of the young generation of the technical elite of Ukraine and the world.