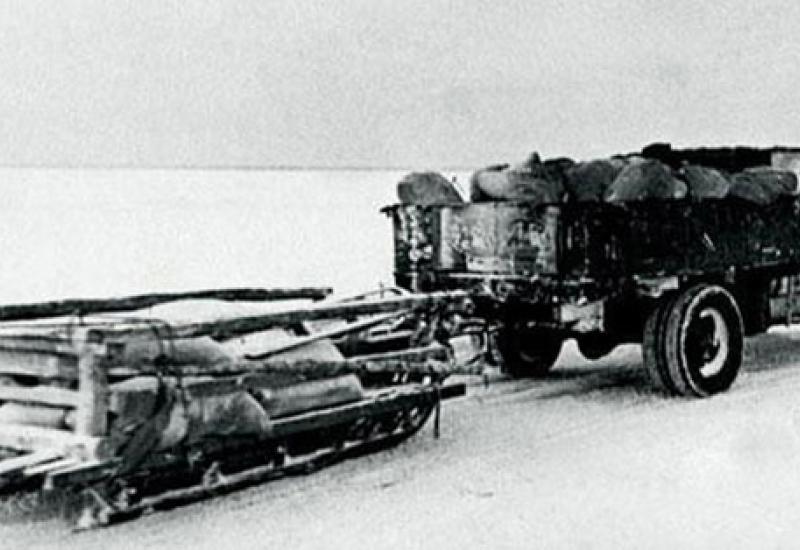 Resonance - this is a phenomenon of a sharp increase in the amplitude of forced oscillations of the system, which occurs when the frequency of the external force becomes close to certain values (resonance frequencies), due to the properties of the system. Thus, the cause of the resonance is the coincidence of the external (excitation) frequency with the internal (private) frequency of the oscillating system.

Resonance phenomenon is the basis of the design of musical instruments: piano, violin, flute ...

Resonance phenomenon is used also in electronics. The oscillatory circuit consisting of a capacity and inductance is used in tuning elements of electrical filters. However, resonance can be harmful if it causes signal distortion or spurious noise.

Resonance is observed in space when two celestial bodies, which have orbital periods of relating to each other as small integers, make regular gravitational influence on each other, which can stabilize their orbit (orbital resonance in celestial mechanics).

However, the most frequently the resonance happens in classical mechanics and construction, as well as hydro and aeromechanics. And, unfortunately, in many cases at a time when it is completely undesirable.

It is known that the military units during the passage of bridges normally "shoot down the leg" and go not parade but free walk. Bitter experience of some disasters has taught soldiers in similar situations depart from centuries-old traditions.

So, April 12, 1831 Brotonsky suspension bridge over the river Irwell in England collapsed, when it was crossed by a military unit. Cadence of the soldiers’ steps coincided with the natural frequency of the bridge through which the amplitude has increased dramatically, the chain broke off, and the bridge collapsed into the river. It is this case which resulted in two dozen people were injured, and caused the adoption by the British Army rules "go out of step" when troops cross bridges. For the same reason in 1850 not far from the French city of Angers, a chain hanging bridge over the river Min length of more than a hundred meters was destroyed, resulting in numerous casualties. There is also a version that in 1905 Egyptian Bridge over the Fontanka River in Saint Petersburg was collapsed when it was crossed by a cavalry squadron. However, this version is likely unfounded, since there are no methods of training a significant amount of horses to move synchronously.

The reason for the destruction of the bridges over the resonance can be not only pedestrians, but also railway trains. To eliminate the resonance with the bridge a train must move either slow, or at the maximum speed (remember how slow the progress of the underground train during their movement through the Metro bridge in Kiev). This is usually done to rule out the coincidence between the frequency of strikes wheels on rail joints with the natural frequency of vibration of the bridge (for the same reason portion of the rails on the bridge often perform continuous, ie without joints).

An exposure to the wind may be also disastrous for the bridges. Thus, November 7, 1940 by ignoring the action of wind loading on the bridge in its design stage and due to the occurrence of resonance Takomsky suspension bridge total length of 1800 m and a length of the central span of 850 m (USA) collapsed.

The resonance may occur not only on land but also at sea and in the air. So, the resonance happens even with ships at certain frequencies of the propeller shaft. And at the dawn of aviation, some aircraft engines caused such strong resonance oscillations of elements of the aircraft that it is completely destroyed in the air.

The cause of elements of aircraft resonance and their destruction may be a flutter - a combination of self-excited bending and torsional self-excited oscillations of structural elements (mainly aircraft wing or helicopter rotor). One way to combat this phenomenon is the use of so-called anti-flutter loads.

Interestingly, the mounting engines on the pylons of aircraft wings - it's not a whim of engineers and designers, but an urgent necessity, since engines are damping vibrations wing aircraft in flight, being a kind of anti-flutter load.

Also, there are cases when, during a performance of the famous Russian singer Fyodor Chaliapin ceiling chandeliers often burst. And it happened again through resonance when the natural frequency of the glass coincides with the frequency of the acoustic waves produced by the singer.

Even more interesting is the fact that during the Second World War the same resonance nearly jeopardized the existence of the single thread, which passed on the ice of Lake Ladoga, tying the besieged Leningrad with the "mainland."

During the adjusting a section of the road of life on Lake Ladoga Leningrad defenders suddenly faced with an unusual phenomenon when, after the normal passage of the ice by heavy truck, light vehicle, which went on the same path, often falls through the ice.

The scientists were tasked to urgently deal with the situation and make recommendations for the car movement on the ice. In the southern part of Lake Ladoga, under artillery and mortar fire of the enemy hydrograph and hydraulic engineering experiments were conducted to determine the limit load on the ice. All the conclusions of the scientists arrived at the Ice Service Naval Observatory. It has been studied the deformation resistance of ice under static load and the data on the elastic deformation of the ice during the propagation of the blast wave. When conducting convoys on Ladoga previously unknown fluctuations of ice were observed: water wave, formed under the ice went downward, was moving with a constant speed for a given ice thickness and depth of the water. She could outpace the applied load, or keep up with it, but the most dangerous was a match of these speeds - then the water stopped support of the ice cover, and support was provided only by the elastic properties of the ice. In this case, resonance occurs, leading to the destruction of the ice. This manifestation of the resonance was called flexural-gravitational wave.

According to the research for vehicles moving on the ice, certain values of speed and distance were installed. Every day on the ice cover on both sides about 6 thousand tons of cargo have been carried, and the total amount delivered to Leningrad on the Road of Life goods for the entire period of its existence was more than 1 million 615 thousand tons. Also during the same time with the besieged city was evacuated about 1 million 376 thousand people.

Taking into account the gained experience later the resonance method of ice destruction was developed, which has an energy intensity in several times smaller than the power consumption of traditional ice cover destruction with the help of icebreakers and icebreaking attachments.

As you can see, the resonance can be quite treacherous, but to tame it and bring the benefit of a person is quite possible!