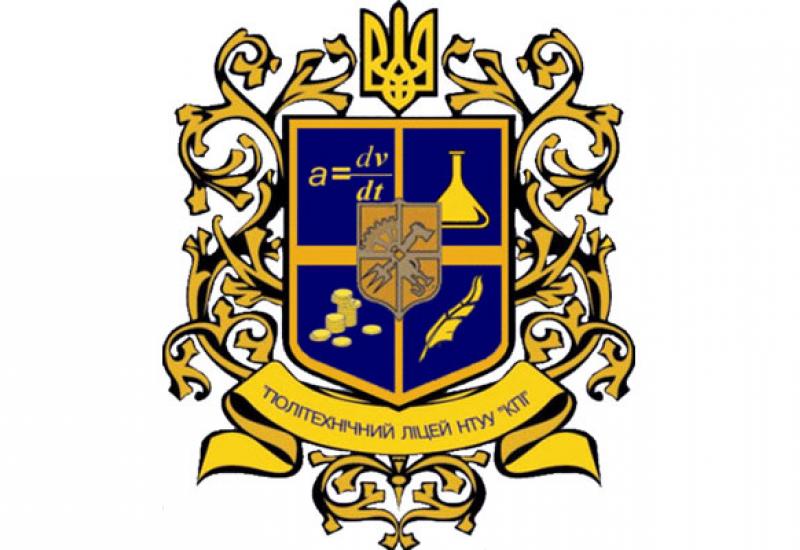 Polytechnic Lyceum NTUU "KPI" was created in 1991 on the initiative of the Rector at the Faculty of preparatory school. Training began with grade 9, and the first recruitment was 60 children. Today the Lyceum has 650 pupils. In accordance with the Charter defined following structure of the Lyceum: 1-7 classes are specialized school with advanced study of mathematics and English 8-11 classes – Lyceum, where studying is conducted by three profiles (physico-mathematical, mathematics, foreign Philology).

As a structural unit the NTUU "KPI" when preparing the students adhere to the requirement that puts forward a University to its entrant and students. In one of the sessions of faculty members, Rector of the University emphasized that academic work should be developed in the following interrelated components:

1. the fundamental physical and mathematical education.

2. the integration of teaching and research.

On the first point.

Special attention is given to physical-mathematical preparation in Lyceum. To date, the generally accepted criterion of quality of education graduates are results of EIE (External Independent Evaluation). Since the introduction of EIE Lyceum enters the top 10 educational institutions by this indicator with mathematics and physics, and if viewed in a quantitative sense – it takes a leadership position. Thus, at EIE 2013 173-200 points of mathematics received 78 graduates, in physics – 63. Three graduates showed on EIE with physics and mathematics result of 200 points and became the students of NTUU "KPI". The two winners of the III all-Ukrainian stage of MAS Technical Science Branch also joined the KPI.

On the second point.

In the school there are a number of measures for the integration of teaching and scientific research, develop skills of a researcher and the experimenter. Lyceum is a member of the MAS, constantly participates in the competition ÌntelTehno, various All-Ukrainian and international competitions, are held school conferences annually.

After the creation in 2010 of the Council on coordination of the work of pre-university training, members of which are Lyceum of NTUU "KPI" – Polytechnic Lyceum, Technical Lyceum, Lyceum "Intellect", the Chairman of the Board-Director of IEQM V.V. Yasinskyi, in Lyceum intensified work with the faculties and institutes of NTUU "KPI". In particular, we note the following faculties and institutes: IPT, FPM, FL, FHPE, FCT, IESEM, FASS, IME, scientists who help integrate teaching and research: meet with students, speaking at Student Conference, acquainted with the work of the faculty, are the leaders of scientific works. Also want to thank for the support and help of the Pro-Rectors of the University: Yu.I. Yakymenko, G.B. Varlamov, O.M. Novikov.

On the third point.

Lyceum focuses on the study of English and IT. Evaluate the quality of education in the English language can data of EIE. For example, 173-200 points in 2013 have received 42% of the students. For all years of testing (EIE) has never been students who have shown poor results with the subject.

In 2013 between Lyceum and representatives of the Cambridge University signed a memorandum of cooperation. This memorandum reflects the desire of the parties to cooperate with each other in a variety of potential projects on the subject of "English language". Also in 2013 the Lyceum became a member of the Microsoft IT Academy, which should enhance the level of possess and use of information technology during studying and in everyday life participants of the educational process.