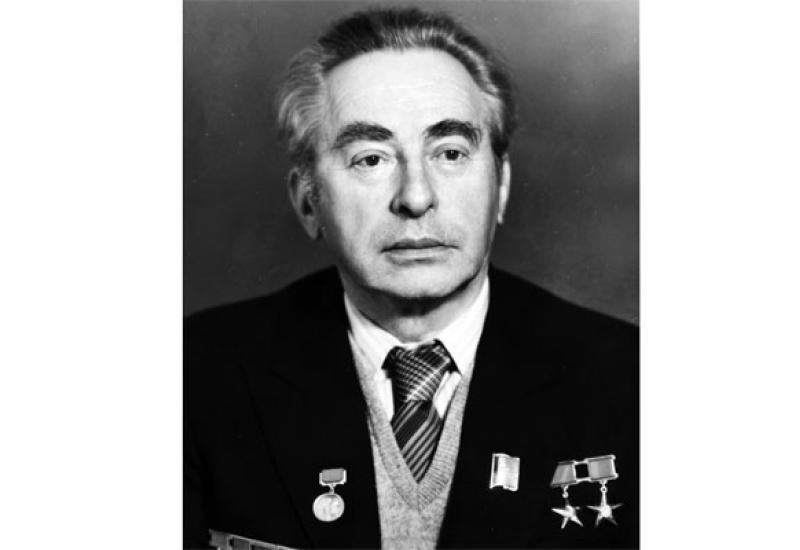 Alexander Nudelman was born August 21, 1912 in the city Odessa it talented family Nudelman, in which the example of his father's brother and four sisters Alexander proved to be creative people, craftsmen, each of the business. As a child, Alexander showed talent for music, virtuoso playing the piano, and then had a fascination drawing. But suddenly for his family he started to make inventions, designed, in particular, the hand-mill, which helped the family through the difficult 20s.

He could be a musician or an artist, but went to the invention

In 1930 he entered first in the Odessa Institute of flour, and then moved to the industrial (now - Polytechnic University). In his student days he began to communicate and work with the senior year student Jacob Taubina. Their first joint creative business in the sphere of military inventions was the creation of a grenade launcher. And when a young talented Ya Taubin after training in Odessa headed one of the Moscow bureau, he invited to work Alexander Nudelman. During the two years of their work first joint creation – grenade launcher was created and tested successfully, by the way, in the real world of military operations in Karelia. But in the development of mass production it has not gone through the cause not depending of the authors, and only 30 years later gained experience in creating grenade was used by Nudelman in another projects.

Before the Bureau under the supervision Ya Taubin the government has set a new urgent task - to create a competitive aviation automatic weapons. The work had to be done  in a very short time. Serial production of aircraft cannon MP-6 was launched in November 1940. The success was noted with the first state award Nudelman - Order of Red Banner of Labor. But in the tense prewar period there was a tragedy. The development of other similar guns of other team was recognized the best. The design bureau was accused of involvement in anti-Soviet conspiracy, which was manifested in the "preservation of unfinished weapons and the launch into production of technically imperfect systems ...". MP-6 production was stopped. Ya Taubin and representatives of  the Purchase Department were arrested and soon have been shot. What saved from a similar massacre Nudelman - is not precisely known. Perhaps the fact that the war was coming, and he was the chief designer of the new aircraft 37mm cannon ...

Creative touches to the portrait of the creator of arms

In 1942, A. Nudelman was appointed head of the design bureau, which he led for 43 years. During this period, under his leadership, there were  designed and produced more than 90 models of weapons for various purposes. Most developments correspond to international standards and have been put into service, and chief designer noted the number of state awards. Here is a brief chronology of the development, implementation and development of these public celebrations of their chief designer.

The creation of rapid-fire (260 rounds per minute) aircraft cannon NS-37, which provided the Soviet Air Force in 1943-44 an advantage in aerial combat. However, with the adoption the gun NS-37 there were significant problems. Despite the positive results of the test of this gun, the decision on its practical use was not taken. The question was solved only after the letter of the chief designer to the Supreme Commander Stalin, who during his conversation with Deputy People's Commissar of weapons, in particular, said: "Comrade Vannikov, it seems that we are no longer needed a good gun for our fighters and bombers. Here comrade Nudelman reported to me that he cannot find the understanding in your department. Understand ... ". Only after this request the gun NS-37 was adopted.  During the war, there were produced more than 8,000 guns. In March 1943, the chief designer of the gun  NA-37 was awarded the Stalin (State) Award.

Powerful aircraft gun NS-45 with twice as much than the NA-37 destructive effect was created on the personal orders of the Supreme Commander. Awards Order of Lenin in 1945, military orders Kutuzov I and II degree in 1944 and 1945

There were created automatic guns of various designs with improved parameters, including Cannon H-37, HP-23, HP-50. Stalin (State) Awards in 1946, 1951

There were created fundamentally new types of weapons for aviation, navy, army, including unguided missiles and rockets, like the C-5, NAR-25.

For the creation of guided anti-tank (such as "Phalanx") and aircraft armament he was awarded the title of Hero of Socialist Labor.

For the creation of a new concept of design and production of powerful tank guns with controlled shots, including type "Cobra", "Zenith" the designer was  awarded the Lenin Prize in 1964, the State Prize in 1970 and the Order of the October Revolution of 1971

Awarding of the second Star of Hero of Socialist Labor.

Civil developments to improve the health of people

Back in the early 60s O.E. Nudelman initiated the feasibility of establishing in his bureau not only weapons but the civilian products, which was based on the use of the latest achievements of science and technology. Proposal Alexander Gurevich were supported by the minister of defense D.F. Ustinov, but he was warned that it should be done "without obstacles to the defense." As a result, the design bureau created dozens of designs for civil use and, above all, for the medical field. Among them there are laser ophthalmic devices for "welding" the retina to the eyeball, pacemakers, nerve stimulators, and many other devices that maintain health and lives of thousands of people. By the way, when there was mass production of pacemakers, O.E. Nudelman was able to resolve the issue of military acceptance established standard products, as it was of vital importance to the people. Among the dozens of devices for civil use, created under the direction of O.E. Nudelman, there were also laser distance meter to the moon and other celestial objects.

In electronic publication "I am from Odessa" in Internet there is an information about high human qualities Alexander Emmanuilovich. According to his contemporaries, he lived according to the rules set forth in the verses of Omar Khayyam:

Be softer to the people! Do you want to be

Do not make the hurt with your wisdom.

But  swear not to offend people!

Modest, highly intelligent, good breeding, he was able to listen carefully to colleagues, never focusing on their merits. Man-Knight. In June 1941, he was ahead of the expected actions of the NKVD, contacting the People's Commissar of arms D.F. Ustinov, saying: "If  my wife will be arrested, I cannot work." His wife was a German by nationality, but the war has just begun. And the NKVD retreated ...

Doctor of Technical Sciences Leonid Tsishkevich, for 20 years worked side by side with Alexander Nudelman, starting as a leading engineer to deputy chief designer. He noted, in particular, those aspects of his character as a "vision, allowing him to anticipate in the birth of a fruitful its promising ideas; the courage in choosing technical solutions in combination with high responsibility; design talent and excellent organizational skills, as well as the exceptional energy and efficiency. "

One of his employee, Yuri Mironenko recalled on the style of work of the personnel under the direction of O.E. Nudelman, saying in particular, as follows: "Having spent the first six months with Nudelman collective, I could not distinguish among them engineer  and workers. Everyone was dressed nicely. Everyone knows that he needs to do, and does it on the conscience . There are no indications, prodding, disturbances - all engaged in a common task. And if need be, around the clock. It seemed that they get great pleasure from communicating with each other. And so on it was during many years. "

Interesting fact. In 1987 .., being already retired, he turned to the draft board to get the certificate of the participant of the Great Patriotic War. And it turned out that he had registered for military service is as ordinary and "untrained". Therefore cavalier military orders Kutuzov still issue a certificate of war participant and promoted to the rank of captain.

Numerous state awards, the election of the Russian Academy of Missile and Artillery Sciences and the Academy of Cosmonautics named after K.E. Tsiolkovsky, a bronze bust in his home in Odessa, during his life has added his name assignment design bureau, which he led for 43 years.

The centenary of O.E. Nudelman anniversary celebrations were held in the Joint Stock Company "Design Bureau of Precision Engineering named after O.E. Nudelman." In honor of the 100th anniversary of the famous odessite it was  held commemorative activity and student forum in Odessa Polytechnic with the opening of a memorial plaque O.E. Nudelman at the main building of the Odessa National Polytechnic University.

In our university, the anniversary date of the outstanding designer were noted by conducting scientific readings from the series "Outstanding designers of Ukraine" with the participation of scholars, teachers and students. In his greetings to the participants of the readings General Director of JSC "KBtochmash of O.E. Nudelman" Y.I. Borovkov, in particular, said: "Today, your audience is given the opportunity to familiarize happy with the activity of this talented man, irrepressible thirst activities that make it a pioneer in the design and scientific work. He was the first in the creation of aircraft armament, namely cannon Nudelman allowed our aircraft in the years WWII get complete control of the air. He was the first in the creation of unique medical devices, which has managed to rebuild their lives, hundreds of thousands of patients. "

M.Yu.Ilchenko, academician of NAS of Ukraine (Speech in NTUU "KPI" on scientific readings from the series "Outstanding designers of Ukraine" September 27, 2012)