How a place for Igor Sikorsky Kyiv Polytechnic Institute was chosen 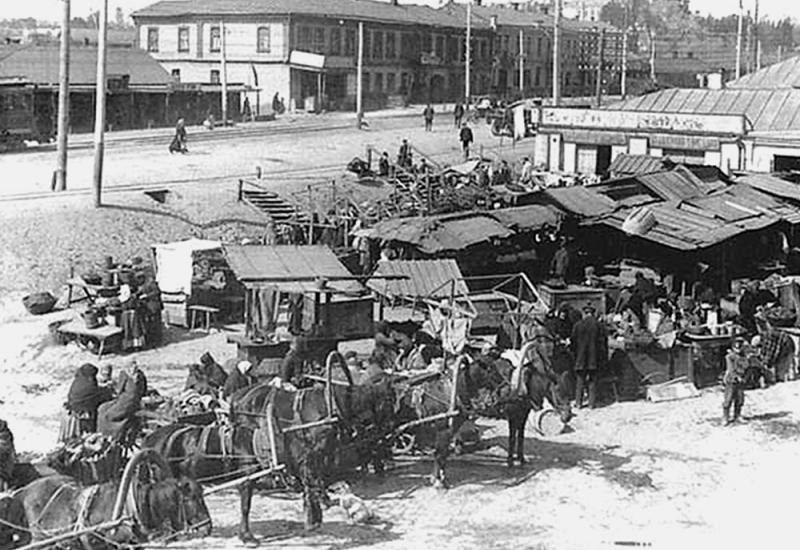 In 1896, the Kievlyanin newspaper No. 9 published an article by the engineer of communications, a political leader, a real statistic advisor to Arthur Adolfovich Abrahamson, "Where to be a new technical institute". At that time, the question of building a polytechnic institute was not yet fully resolved, but the author wrote that the need of an immediate start a new higher technical education institution was "recognized, perhaps, in the competent fields" and cited several convincing evidence in favour of opening the institute in Kyiv. At the same time A. A. Abrahamson suggested isolating a higher education institution from the city, placing it "over the Dnipro River among the fertile greenery of Kyiv."

The Kyiv City Duma made the decision to free allotment of urban land for the construction of the Institute on December 2, 1896. Four months later, Kyiv Mayor Stefan Mykhaylovych Solsky proposed the choice of 6 sites for the location of Igor Sikorsky Kyiv Polytechnic Institute.

Option 1: at Lypki ("Vineyards").The description of this locality at the end of the XIX century is given by M. Zakharchenko in the book "Kyiv now and then" (1888): "Due to the breadth of estates, many gardens and general cleanliness of the air, this part of the city is the most favourable for living hygienically: that is why mainly wealthy people of Kyiv live here, and consider this location to be aristocratic."

A vineyard was once built here at the government's expense - it was planned to expand viticulture in Kyiv and beyond. However, in this place grapes were often not reached, so the breeding and research work was discontinued over time, and the garden declined.

Option 2: Pechersk (Laboratory Street). Laboratory Street is mentioned in sources dating from the first half of the 19th century, and its name came from the artillery laboratory that stood at its beginning.

In 1928, Laboratory Street was renamed Ulyanovy Street because in 1903 the mothers and sisters of V. I. Ulyanov (Lenin) lived there. The historic street name was returned only in 2009.

Option 3: at the Lybidska section (at Troitska Square and Volodymyr Square).The name of Troitska Square is associated with the one-dome church of the same name, which was later brick-built and has been here since 1858. In 1962, Troitska Church was demolished overnight.

Since 1860 on the square, Troyitskiy, or Lybidskiy Bazar was located, and in 1897 the pavilions of the All-Russian Agricultural Exhibition were placed.

In 1902, Trinity Folk House of Literacy Society was built instead of the Institute. Now, this building houses the Kyiv National Academic Operetta Theater.

The present square in front of the Olympic Olympic Center is part of the former Troitska (Lybidska) Square.

The name of Volodymyr Square is connected with the wooden church of Volodymyr, which in 1833 was moved to Velyka Vasylkivska Street from Pechersk, where it has existed since 1773. The area was also called Novostroenska according to the name of the locality.

In the middle of the nineteenth century, Volodymyrskiy Bazar appeared near the church. Three big annual fairs were organized here: the Zbirniy - on Monday of the first week of Lent, Mykolayivskiy - on May 9 and Uspenskiy  - on August 15.

In the 30s of the twentieth century, Volodymyr church was destroyed. Now the Palace "Ukraine" is on the place of Novostroyenskaya Square. In the previous fragment of Kyiv city plan, the Church of the Holy Trinity was marked under No. 64, and under No. 68, the Church of St. Volodymyr.

Option 4: On the Boulevard (Arresting Gardens).

Arresting Gardens were located near the Skomorokh stream (now flowing into the reservoir), between the beginning of the Brest-Lithuanian highway and the Lybid river.

It got its name from the second half of the 19th century when 6.5 acres of urban land were rented by "correctional detention centres of the civic department" for the construction of a utility farm. There were small criminals working on the gardens and keeping the sites entrusted to them in an exemplary condition. The prisoners were thus involved in work and diversified their diet. 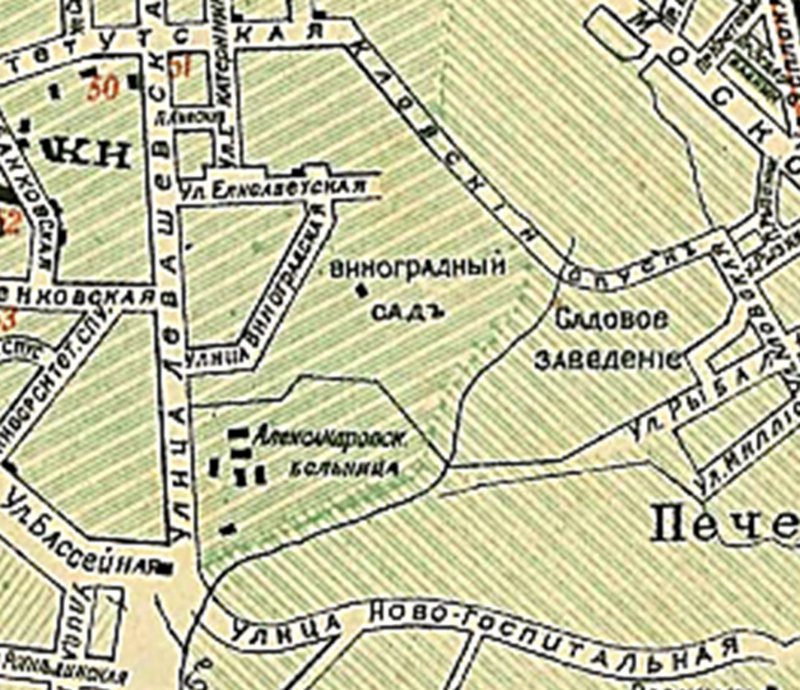 Arresting Gardens were considered an unfavourable place, and every suspicious people, dangerous to peaceful passers-by, always wandered there.

Option 5: on the Lukyanivska section (along the Cadet highway, near the hospital for the labourers).

Mykola Tsarevich Free Hospital for labourers (now the Institute of Maternity and Childhood Protection "Okhmatdit" is located there) was built by the decision of the honourable citizen of Kyiv, the patron Nikola Artemovich Tereshchenko. The Kyiv City Duma has allocated three hectares of land for free for this purpose, architect Volodymyr Mykolayovych Nikolayev has designed a project of the main building for 50 beds. The local machine-building and boiler plant of Hreter, Kryvaneko and Ko manufactured and installed steam laundry equipment. Tereshchenko spent 137 thousand rubles on the construction and equipment of the hospital and allocated 250 thousand for its maintenance and in subsequent years donated another 100 thousand rubles for the construction of buildings for typhoid, infectious and chronic patients, as well as pharmacies. In addition to the cost of construction and maintenance of the complex, the philanthropist founded the Tereshchenko Foundation, the percent of which was spent to the assistance received by the recipients on discharge.

Option 6: on Nova Zabudova (in Baty Mountains, where the "clinical town" was being built at that time).

The development of the territory has been going on since the end of the 19th century when in 1896 a complex of the Bacteriological Institute was built near Protasoviy ravine.

Nowadays the clinical town is located in the Solomenskiy district of Kyiv. Its territory is bordered by mountain Baykova, Oleksandrivska suburb and Protasoviy ravine. Initially, the area limited to Cadet Highway, Kerosene, Barracks and Camp streets was given preference. However, several members of a specially formed committee, having become familiar with the nature of the allotted place, found it unfit because of the severe cutting of the ravines. At the third committee meeting on May 30, 1897, they came up with a separate opinion and proposed a new location on the Brest-Lithuanian highway.

On July 9, 1897, the Kyiv City Duma decided to "allocate for free to the Polytechnic Institute an additional part of the urban land contained in the barracks of 1 tenth of 1060 square fathoms between the streets of Kazarmena and Kadetsky highway and the land allocated for the named institute by the magazine Duma May 27/28, 1897, fixing the term for the demolition of barracks within six years from the entry into force of this determination. "

The subcommittee could not immediately reach a certain opinion. The fact is that the agronomic department required a large amount of land: 50-60 acres. However, vacant lands lay far beyond the outskirts of the city. The plot of land along the Brest-Lithuanian highway was not quite convenient because of the prison, the hospital for the labourers and the large swamp that were located next door. Batiev Mountain was recognized more appropriately "hygienical". It housed a large tract of land of 900 acres, which belonged to the Ministry of State Property, but was "in charge of the city," and next to the station. The surrounding area has just begun to be built up, and the arrangement of convenient and the shortest way to connect with it did not cause many difficulties. The choice of location for the Polytechnic Institute began to affect the interests of different Kyiv population groups. And then, to get acquainted with the progress of the case and the final choice of the territory for construction, Minister of Serhiy Yuliyovych Vitte sent the director of the department of manufactures and trade Volodymyr Ivanovych Kovalevskiy to Kyiv in October 1897. 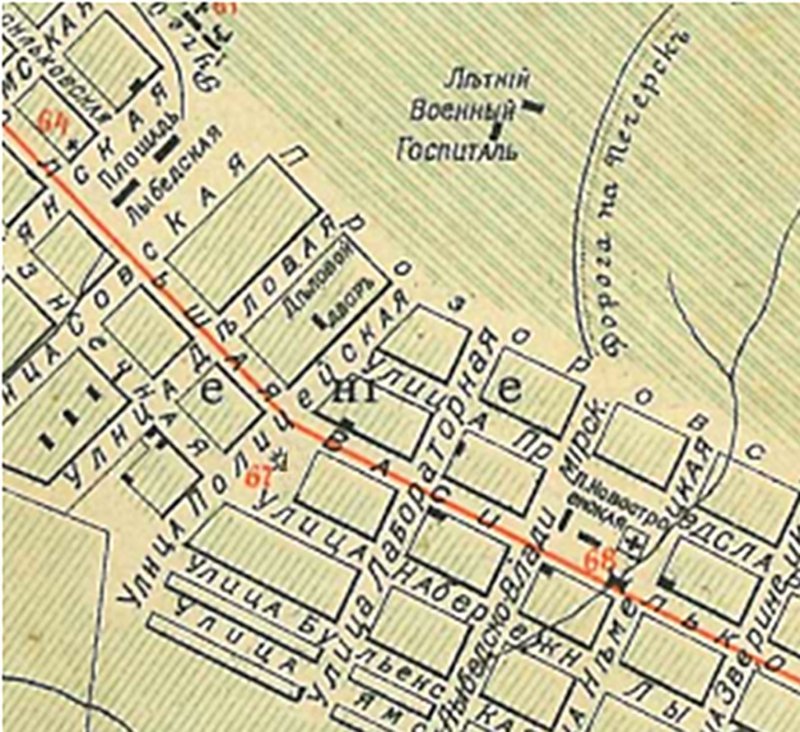 V. I. Kovalevskiy personally inspected the territories proposed for the construction of the Institute and best recognized the 38-tenths of the military department and located on a raised plateau on the west side of the city, between Brest-Lithuanian highway and the line of South-Western railways.

A. A. Abrahamson wrote about this moment in the history of Igor Sikorsky Kyiv Polytechnic Institute: "The Institute that was about to be born, subordinate to the department of trade and manufactory, found in the director of this department, Volodymyr Ivanovych Kovalevskiy, the person who immediately treated it with passionate love and immediately took it under his special care. Thanks to V. I. Kovalevskiy, the question of the place of construction of the institute was finally resolved."

On October 15, 1897, at the fourth meeting of the committee, it was decided to petition the military department for the exchange of 38 acres to a site twice as large as the area farther from the city.

On November 1, 1897, at the last, sixth, meeting of the committee, it was announced the consent of the commander of the troops, Mykhaylo Ivanovych Drahomyrov, for the exchange of a selected plot of 38 desserts along the Brest-Litovskoye highway for 76 desserts from the state-owned lands used by the city.

The place, chosen for building the Polytechnic Institute, was "a military field, ditches, without a single tree. A ditch ran on the border along the highway in places up to three fathoms. The connection with this area was extremely inconvenient, the tram came only to the "triumphant gate" (Kadetsky highway). There were 1.5 miles left to the Polytechnic Institute estate. The wooden triumphal gates were located on the site of the modern Air Fleet Bridge and were dismantled in old age in the 90s of the XIX century, and the intersection of Brest-Litovsk and Cadet highways has long been called the "Triumphal Gate". 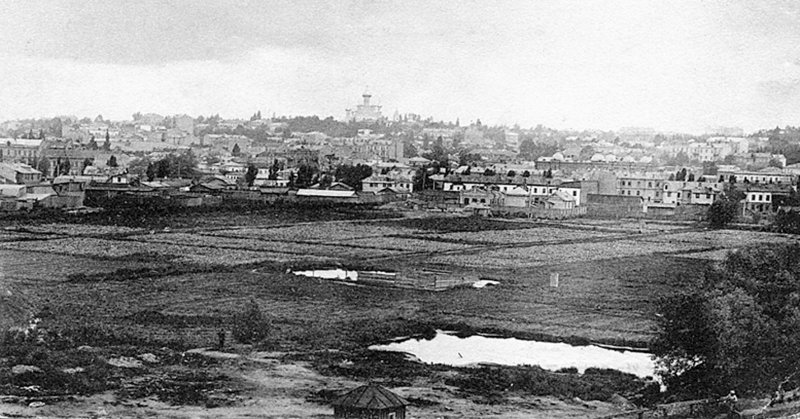 10 Vowels of the Duma expressed their special opinion on February 28, 1898. They appealed to the mayor with a proposal "to elect from the vowel deputies for a petition before the Main of the region on the question of building a polytechnic institute on the Cadet highway, not on a military field." At that time, free urban land adjacent to the development plan was adjacent to the Cadet Highway. Therefore, members of the City Duma believed that with the construction of the Polytechnic Institute there would be "a need for settlement and the surrounding area, so the income for the benefit of the city will increase", and the military field was proposed to divert to the "agronomic needs" of the institute. 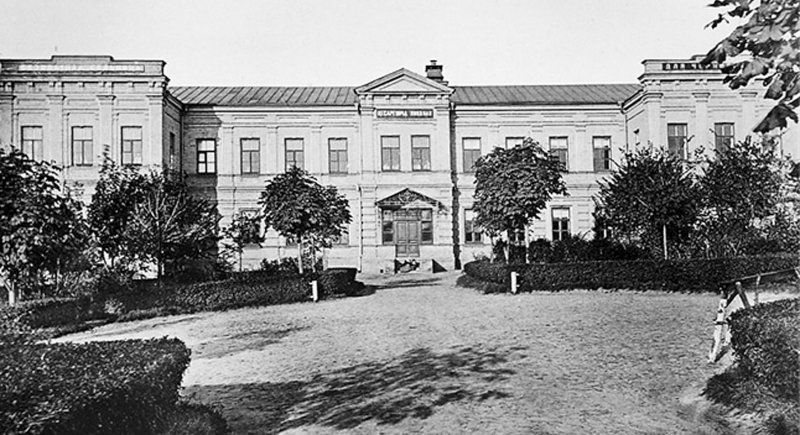 On May 27, 1898, the Office of the Governor-General of Kyiv, Podilsky and Volyn sent letters to Mr Head of the Construction Commission for the Construction of the Polytechnic Institute in Kyiv (No. 6123) and the Governor of Kyiv (No. 6121) stating that "Sovereign Emperor, according to the report of the Minister of Agriculture and State Property on May 11, the highest designed to transfer to the military department 76 tithes from the warehouse located in the uninterrupted use of a metropolitan area of Kyiv, with a corresponding reduction in the city's annual lease, and to allocate 38 acres of land belonging to the military department to the estate of the Polytechnic Institute." 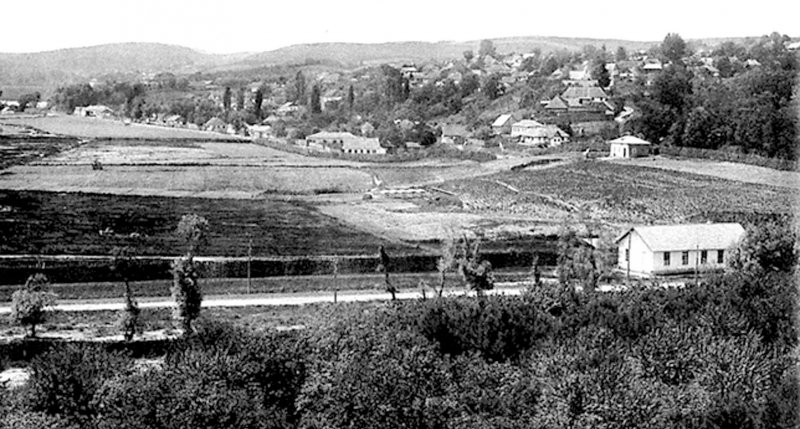 Besides, 27 tithes of 1884 square meters of land over the Kadetskiy Grove were transferred to the Institute for educational purposes for free (letter from the Mayor of Kyiv No. 313/621 of March 20, 1902).

Also, in the spring of 1900, at the behest of the nobleman E. P. Biletskіy-Nosenko Institute, 330 tenths of 1240 saplings of the land of "Zatyshshya" estate were transferred to Kobyzhchi of the Kozelytskyi district of the Chernihiv province, where an exemplary farm was organized by the agronomic department.

In 1913, the first director of Igor Sikorsky Kyiv Polytechnic Institute Victor Lvovich Kirpychov noted: "A few years after the institute was laid, this sad desert - the territory of the institute - was transformed into a flowering garden by the professors of the institute, into a happy oasis, which is now admired by all. Here is what people can do with love to their work "(on the occasion of the fifteenth anniversary of Igor Sikorsky Kyiv Polytechnic Institute).