In memoriam of a teacher, friend, colleague. To the 90th anniversary of professor Anatoliy Oleksiiovych Lipatov’s birth 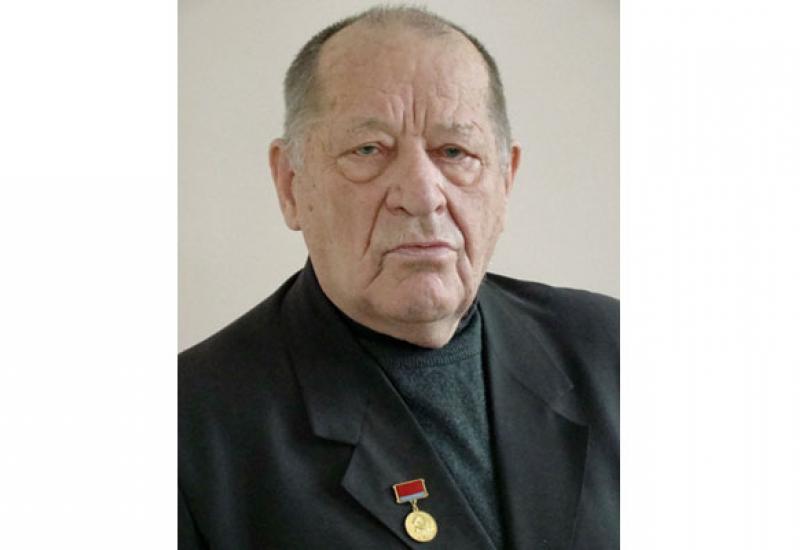 The name of Candidate of Technical Sciences, professor A.O. Lipatov is well known among the professional community. An outstanding specialist in the field of super high frequency devices and satellite telecommunications, Honorary Worker of Ukraine Higher School, exemplary student of the USSR Higher School, Honorary Radio Operator of the USSR, Inventor of the USSR, Laureate of the State Prize of Ukraine in the field of science and technology — it's all about him. He worked at the Department of Telecommunications in the Institute of Telecommunication Systems of Igor Sikorsky Kyiv Polytechnic Institute until the last days.

Since 1968 he was a head teacher of M.I. Kalinin Kiev Higher Military Engineering twice Red Banner School of Communications. Since 1969 —  a Head of the Department of antennas, radio wave propagation and SHF technology. From 1974 to 1989, Lipatov was the Head of the Department of radio relay, tropospheric and space communications, in fact its creator. Since 1989, he has been a leading researcher at the Research Center of Communications and Informatization of the Kiev Military Institute of Management and Communications of Igor Sikorsky Kyiv Polytechnic Institute.

Anatoliy Oleksiiovych was a head and participant of a number of research projects, including with the Krasnoyarsk Radio Plant design bureau, 16th Central Research Institute of Communications and Saturn Research Institute on the creation, improvement and flight design tests of space communication stations that were adopted. He was awarded the Red Star Order.

He headed the state commission for field testing of a tropospheric communication station. He was directly involved in the creation of a portable station of government satellite communications, was the head of research projects on the coordination of the orbital-frequency resource for the National Satellite Communication System of Ukraine. He maintained close creative ties with enterprises and scientific institutions about systems and technologies of radio relay, satellite and tropospheric communication (Saturn Research Institute, UkrKosmos, UCRF, UkrSat).

Over the entire period of scientific and technical activities in conjunction with the Saturn Research Institute, its development of ultra low noise receiving and converting complexes, satellite and radio relay systems based on arsenide gallium microelectronics technology and dielectronics had a great influence on the development of radio electronics, radio astronomy, satellite communications, and long-distance space communications, satellite television and strengthening the state’s defense.

The recognition peak of his activities in the field of research on SHF dielectric resonators, which allowed to offer dozens of new technical solutions and the technology of mass production of dielectric resonators and microwave devices based on them, protected by copyright certificates for inventions, create methods for engineering calculation of frequency-selective devices of the new generation differed favorably from the previous 50-100 times better mass-dimensional characteristics and which allowed to create and enforce new scientific and technical direction — dielectronics in the USSR. In 1983 A.O.Lipatov was awarded the USSR State Prize in Science and Technology.

Anatoliy Oleksiiovych educated a galaxy of talented students who now occupy high positions. Among them — 11 Candidates of technical sciences, two of them, having continued research, became Doctors of Engineering sciences. He is the author of many inventions, more than 100 scientific papers, including several textbooks on SHF and satellite technology. In the competition "Communication Technique" of the Armed Forces of Ukraine, the patent of Ukraine for the invention of "jamming satellite communication system", co-authored by A.O. Lipatov, was officially recognized as the best invention of 2013 year.

Erudite, principled, a man of great working capacity and goodwill, combined with high demands on himself, colleagues and students, he had the well-deserved respect and authority. For more than twenty years he was a member of the Program Committee "KriMiKo", for more than ten years  — the International Scientific and Technical Conference "Telecommunications Problems", from 2016  —  the International Conference on Information and Telecommunication Technologies and Radioelectronics  —  UkrMiCo and chairman of the section "Satellite Communication and Wireless Access Systems ".

A.O. Lipatov is an amazing example of creative longevity. Despite his venerable age, he retained youthful curiosity, high intellectual potential and enormous efficiency. His high creative activity continued until August 14, 2017, when, after a serious illness, his heart suddenly stopped and he passed away.

T.M. Narinnik, Professor of ITS Department of Telecommunications