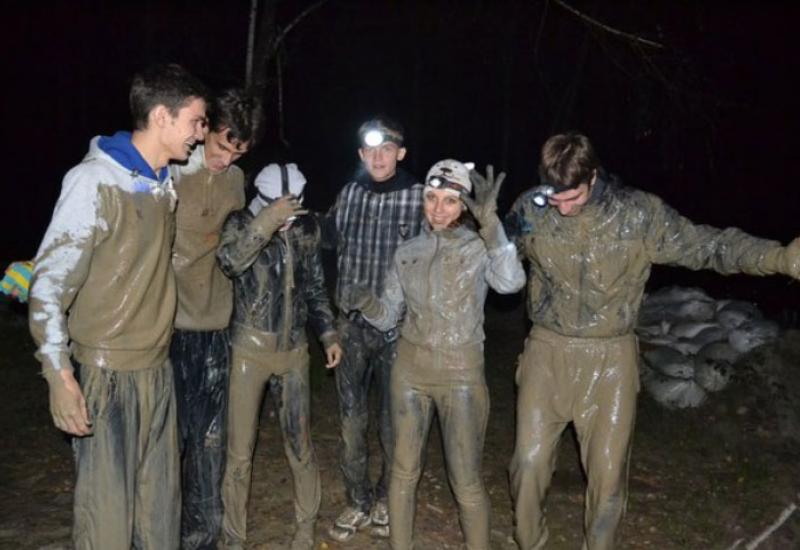 Watermelon. Latin deity. Mud. Students. "Polytechnic". What joins these words? Of course, the "Labyrinth." Travel Game "Labyrinth" for the KPI has become traditional. "Labyrinth 2015. Autumn" October 2-4, brought together students of NTUU "KPI" at the WTO "Polytechnic". It is anticipated event for many fans of sports, tourism and recreation.

This autumn the participants were waiting for new surprises. The greatest interest was aroused by watermelon. And of course each team chose as large as possible.  No one could even imagine that this fruit (actually, according to thescience it is  berry) will become a member of a team during the "Night Games". This game caused the greatest admiration and excitement and participants tested as an army man. The game consisted of 11 stages, all stages were associated with legend. According to it each team has  an opportunity to save the world but exist  gods that will try to stop them. And to defeat them participants should name each of them( teams had the lists with names) and pass a stage. A watermelon - it's like Ophir for God, who is waiting for them in the  finish. Competition  were held in extreme conditions, but no entire darkness nor cold, nor even the mud did not stop the participants.

In the daytime the teams were waiting for master classes. Students had the opportunity to gain or solidify their knowledge of such specialties as medicine, work with ropes, water orienting and others. The great interest was aroused by master classes with possession of a weapon(machine gun, rifle, pistol, grenade launcher) from the guys returned from ATU. Here anyone could not only see, but also try how the weapons work. Participants had to demonstrate skills in  sports tourism, physical fitness and ability to concentrate. The weather did not disappoint, so the conditions were the most favorable.

Saturday evening participants spent in the circle of friends around the campfire, where along on the lawn with lighted candles were laid out the symbol of our country - trident. Permanent team member delifhted us their presence and also joined a lot of newcomers and we hope they will come again. The students were very positive. Laugh and songs with a guitar heard along the whole forest. And the winners of this year was the team "Pikachu" dorm. Number 16.

Recreation center WTO "Polytechnic" once again brought together young people who like an active rest on the Kiev Sea. "Labyrinth" gives an opportunity to test yourself and learn more about yourselfyou’re your capabilities. We should not forget that this is a team game that teaches to support and help each other. "Labyrinth" – it is a good mood, drive and a lot of incredible sensations.

Teams came back with pleasant memories and new friends.