On guard of the sky: Lev Veniaminovich Lyuliev and his inventions 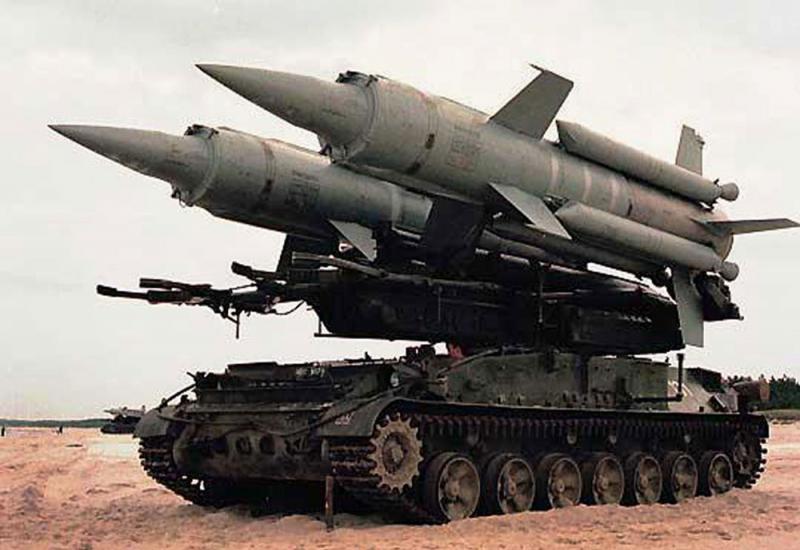 Among the famous graduates, teachers and former students of Igor Sikorsky Kyiv Polytechnic Institute, whose memory is immortalized on the territory of the university, there is probably only one, to whom not one, but two monuments have been installed at once. This is an outstanding weapons designer Lev Veniaminovich Lyuliev. His bust ion the alley of prominent scientists and engineers, whose life and work were associated with the Igor Sikorsky Kyiv Polytechnic Institute, of course, is familiar to anyone who has ever visited the university campus. But not everyone knows that one of the examples of equipment that stand near the Polytechnic Museum, can justifiably be considered another monument to him. This is a 100-mm gun "KS-19". Of course, it is also a monument of history, and not only of science and technology, but also of our land. Without Lyuliev, this story could have been different, and, of course, there would be no such gun. Therefore, it can be considered a monument to the great designer. And before we talk in more detail about this museum exhibit, installed in the open air, it is worth talking about its author.
He was born in 1908 in Kyiv in a very poor family. From the age of fifteen he earned his living by his own labour, but he was fond of mechanics and really wanted to study. Therefore, having passed external examinations for the course of the work faculty, in 1927 he entered the mechanical department of the Igor Sikorsky Kyiv Polytechnic Institute. After graduating as an engineer, he worked for some time at the Ukrainian Research Institute of Agricultural Engineering, but soon, after several appeals, he was recalled to the All-Union Armed Arsenal Association and sent to work at the Motovilikhinsky Artillery Plant №172. He was soon transferred to the artillery plant #38 in the village of Kalininske near Moscow, and a year later - to the research and development bureau №8 of Kalinin plant. Here Lyuliev began to actively work on creating sights for anti-aircraft guns. It was a work at the junction of precise mechanics and optics, and after solving a number of complex design problems, he created the country's first direct-fire sights directly aimed at automatic anti-aircraft guns with the production of vertical and lateral advances. They became prototypes for all such models of anti-aircraft weapons and are still used in an upgraded form.
Another development of Lev Lyuliev at that time was the 25 mm automatic anti-aircraft gun "ZIK-25" ("72-K"), on which he worked together with the designer Yosyp Radzilovych. Work on it progressed very quickly: began in 1939, and in 1940 the gun was put into service. Armour-piercing fragmentation-tracing and fragmentation-igniting shells were released especially for it. It could conduct automatic and ordinary fire on enemy firing points. Before the war, 6,000 such guns were produced, including more than 200 paired installations. 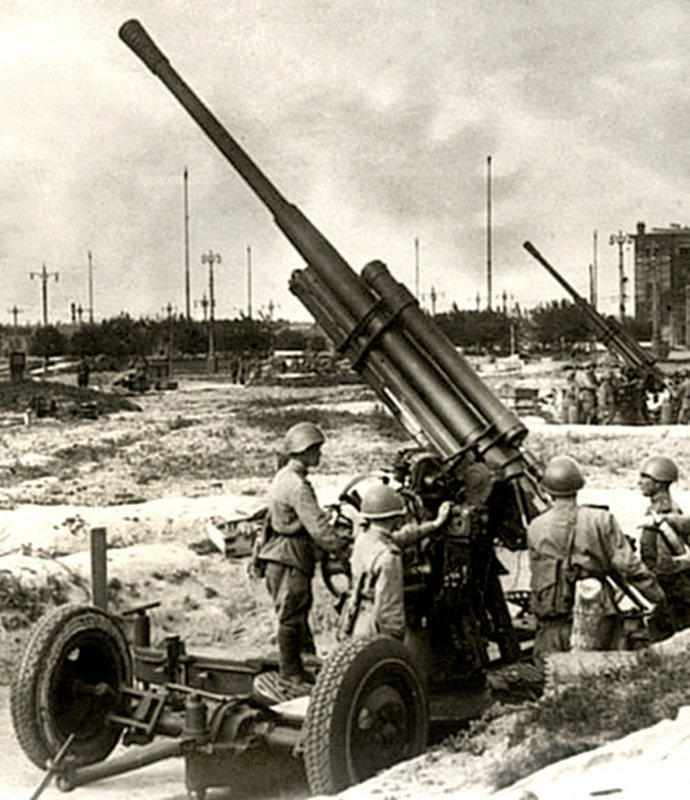 Evidence of the effectiveness of guns created with the direct participation of Lyuliev, are statistics: during the Second World War, 21,645 German planes were shot down by the air defence forces of the Soviet Army, and three quarters of them (!) - 14657 - destroyed by fire of 25 and 37 mm anti-aircraft guns.
After the Second World War, most of the Kalinin plant's units remained in Sverdlovsk. L.V. Lyuliev was appointed as the chief designer of the plant. In 1947, the Design Bureau of the plant was reorganized into the Experimental Design Bureau for the design of large-calibre anti-aircraft artillery - OKB-8. It was here that the famous stratospheric anti-aircraft guns "KS-19" (read about them on page 6) and "KS-30" were developed.

The next stage in the work and life of Lev Lyuliev was associated with the transition from artillery to anti-aircraft missiles. In 1958, his DCB was commissioned to develop a missile for the Krug anti-aircraft system, designed to cover ground forces. Created under his leadership, the 3M8 rocket with a self-propelled launcher 2P24, at that time had no analogues, and a number of unique technical solutions remains unsurpassed today. In 1964 - a new task: cruise missiles, rocket torpedoes and anti-missiles for the Navy. At various times DCB-8 (later called DCB "Innovator") developed missiles for marine complexes: RPK-2 "Blizzard", RPK-6 "Waterfall", RPK-7 "Wind", 3M10 "Grenade", 3M14 "Calibre", 3M51 "Alpha", 3M54 "Turquoise", KS-42 (for marine SAM M- 31), 9M38 (for military SAM "Buk" and naval - M-22 "Hurricane"), a unique anti-aircraft missile system "S-300", modified models of which are still in service with the Armed Forces of Ukraine, and other...

Therefore, L.V. Lyuliev made a huge contribution to achieving parity of forces on the then world stage. His work helped to some extent prevent the outbreak of World War III during the confrontation between the two warring political systems from the mid-1950s to the late 1980s.

L.V. Lyuliev has passed out in 1985. Of course, he was a man of his time. And who knows who he could have become if he had been born in other times and in another country. An engineer, this is for sure, but perhaps he would not develop weapons systems, but, lets say, photographic equipment. Why it? Because he was very fond of cameras, he carefully studied almost all new models of photographic equipment produced in the enterprises of the former Soviet Union, and even sent proposals to manufacturers for their improvement. And these proposals were often accepted and embodied in metal. But did the developers that the doctor of technical sciences, twice Hero of Socialist Labour, winner of the Lenin Prize and two state awards wrote them, because all his life was "secret", like lifes of all leading specialists in armaments at that time ...