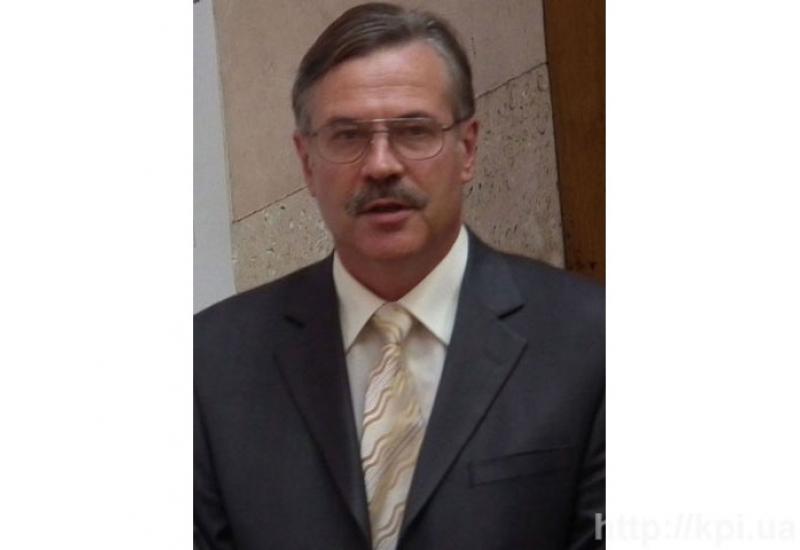 In the 2012 the professor of the chemical, polymeric and silicate machine building department Anton Yanovich Karvatskiy became the winner of the University contest “Teacher-researcher”.

Almost the whole labour activity of Anton Yanovich is connected with NTUU “KPI”. In 1975 Anton Karvatskiy became a first-year student of the heat-and-power engineering department of KPI. He graduated in 1981 by profession “Industrial heat and power engineering”. A talented student was noted yet in the process of studying by the scientists of the theoretical and industrial heat and power department. Thus Anton Yanovich was proposed to stay at the home department for working in the science team under the guidance of associate professor I.E. Veneraky. In 1988 Anton Yanovich defended the Ph.D. thesis, in 1997 got the academic title of senior staff scientist, in 2010 defended DPhil in specialization “Chemical Industry Machinery and Devices”. He has 190 scientific publications from which six are the monographs and five are the patents. He is a member of specialized Academic Senate from 26.02.05.

The main directions in the research work of A.Y.Karvatskiy are the methods development of numerical solution of problem in mathematical physics, numerical modeling and experimental researching of complex heat exchange, thermoelectric and tensely-deformed state of aluminum electrolyzes furnaces of graphiting and crystallizers. Almost 25 years of his work (from1985 till 2010) were dedicated to the research of heat state functioning of aluminum electrolyzes. A practice had place on the Russian aluminum plants – Bratskiy, Krasnoiarskiy, Kandalakshskiy, and on the Zaporozian aluminum complex. From 2002 till now Anton Yanovich is a leading scientific employee at SRC “Resource-saving technologies”, where he is a deputy chairman in scientific work since the foundation of SRC in 2000. During this time A.Y. Karvatskiy has been continuing his research in investigation of complex heat exchange and energy-saving in the frames of Education and Science Ministry of Ukraine area program and researching work with electrode plant (PAT “UKRGraphit”). There are many post-graduates of HPSM department which are studying under the guidance of Anton Yanovich. He gives also a lot of attention for working with masters and proficients.

In 2001-2003 and in 2007 he took part with leading scientists of Russia, Israel and Spain in European projects of INTAS, in international seminars devoted to the question of OUN realization of project of industry development (UNIDO), and was twice awarded with certificate of national expert in clearer technologies.

Anton Yanovich began teaching in 1990th - he worked as assistant as well as associate professor on the computer-aided design of energetic systems and processes, heat engineering and energy-saving department of NTUU “KPI”. Also he taught such courses as “Numeral methods in technical calculation”, “Energy technology of chemical industry”, “Energy technology theoretical basis”, “Heat-mass exchange” at the IEE and at such departments as TEF, IHF, MMF, HTF. Since 2009 he resumed his teaching practice as the associate professor. And from 2011 he recommenced as professor in the chemical, polymer and silicate machine building department (IHF, NTUU “KPI”). Since September 2012 he completely occupied with teaching as professor in the HPSM department.

Co-workers of the Chemical, Polymer and Silicate Machine Building Department and SRC “Resource-saving technologies” congratulate A.Y. Karvatskiy on his conferment of honorary title “Teacher-researcher - 2012”, wish him inspiration and the new creative achievements.