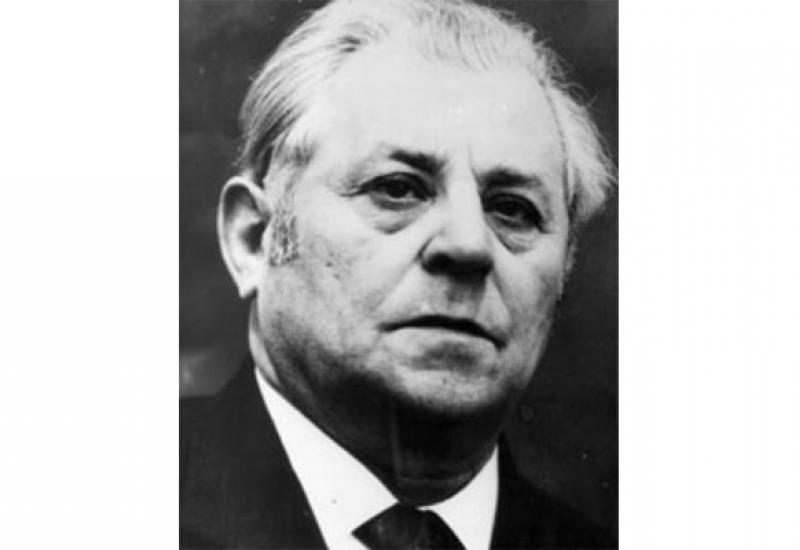 Modern war - it's not just war of tanks, aircraft, manpower, this along with everything else, as well war of scientific laboratories.

Lev Izrailevich Horlytskyy is the earliest explorer of a new kind of weapon - self-propelled guns (SPG). He is the chief designer of SPG: SU-122, SU-85, SU-100, which were taken up in 1942-1944 and have proven to be very effective fighting machine.

Receipts for service installations SU-122, SU-85 and SU-100 were in critical and final stages of World War II. They gained fame like effective weapon in fighting on all fronts, where were applied.

It was designed in the design office, headed by our fellow L.I. Horlytskyy. The way of Lev Izrailevich to design activities and creating a formidable weapon was not so easy.

L.I. Horlytskyy was born 3 March 1906 in a village Stepantsi near Kaniv in Cherkasy region in a large family (there were six children). His father worked as a mechanic in a sugar factory, his mother was a housewife. In the age of seven, Leo went to elementary school, then studied at Boguslawska preschools (school, which corresponded to the four junior class of high school).

During the revolution and civil war his father and older brother were killed, and in 1920 the family moved to Kyiv. Lev Horlytskyy starts to work as mechanic-pickers, while studying at night school. In 1927 he entered the Kiev Polytechnic Institute in the mechanical department. In 1930 the Soviet Union began intensive development of the defense industry with the need of training the relevant personnel. A group of students on third course of the mechanical department of KPI, which included Lev Horlytskyy, was moved to study at the Leningrad Military Mechanical Institute. This way Lev Horlytskyy became resident of Leningrad. In 1932 he graduated from the Institute and his innovative model, seventy-six millimeter gun as a practical result of his own thesis, topic which is "Modernization of mountain gun" in international trials, in 1938 was recognized as the best in all respects. This model of arms in 1938 was presented at an exhibition near Moscow, which was attended by senior management of the country. After the demonstration firings, according to Lev Izrailevich, I.V. Stalin satisfied with the governmental reception, hugging his shoulders, said: "You are the youngest and all overseas ahead, well done." In 1939 Horlytskyy’s mountain gun is actively used during the war in Spain. Although, it is not without complications.

In 1939, L. Horlytskyy is reported that his mountain gun in Spain denies during firing. So Leo Izrailevich was like a "saboteur" and went to prison. In the cell he again and again analyzes design of the gun mentally, checks the frame, looking for mistakes but does not find them ... So, the design has not drawbacks that confirmed the field test. So, someone deteriorates it on the way to Spain. Indeed, this hypothesis was confirmed. The young man from Karelia inflicted damage as a revenge for the death of his father, who was a victim of repression in those years. At the end of 1940 L.I. Horlytskyy was released from prison and unexpectedly he received the appointment of chief designer of the Leningrad Kirov Plant for the production of artillery and chief of artillery Design Bureau.

In October 1941 Lev Izrailevich within artillery DB evacuated to Sverdlovsk to Uralmashplant, where he was appointed as a deputy chief designer of artillery Design Bureau of Hero of Socialist Labor of F.F. Petrov.

In offensive operations during the Second World War played a major role armored and motorized connection. At that time, the role of anti-tank artillery increased significantly. Germany has launched mass production of heavy tanks. In October 1942 decision of the State Committee of Defense of the Soviet Union began creating self-propelled guns for different purposes. Shortly Commissar’s order of Tank Industry at the Plant "Uralmash" was organized Special Design Bureau (now - CDB "Transmash"), which was to design these artillery units.

L. Horlytskyy was appointed head of CDB. During this period, he participated in the organization of production T-34 tanks on Uralmashplant. Started work on the creation of SPG on basis of mastered industry of average and light tanks. The task foresaw the creation of two types of SPG: SPG armored with 122 mm howitzer based on the T-34, designed to support and maintenance tanks in military operations, and lightly armored SPG with 76 mm cannon on the basis of the T-70 is designed for direct infantry fire support.

Create SPG SU-122 was commissioned CDB, headed by L.I. Horlytskyy. The SU-122 was the first of SPG, designed on the basis of the T-34. In December 1942 it was a successfully tested. They received approval from the G.K. Zhukov. "We need to adopt it!"–he said to Stalin. After this development was taken into production. And at the end of December 1942 the first 25 units were sent to the Volkhov front, which passed its baptism of fire during the break the blockade of Leningrad. According to eyewitnesses, in the middle of January 1943 was a difficult fight at the Leningrad front in which the German High Command has used its new-type of tanks "Tiger". They easily have been gone through our first line of defense and destroyed several anti-tank batteries. But then came under the fire of battery SU-122. One shell hit the turret of the main "Tiger" and split it apart. The crew of the second "Tiger" escaped without even shutting down the engine. Thus, in the hands of the Red Army remained practically not damaged unit of new secret weapons of the enemy. Subsequent events proved that fighting vehicles such as the SU-122 found universal ability to solve a wide range of combat tasks and provide fire support for infantry and tanks and deserved high marks from frontline soldiers. In 1943 designer L.I.Horlytskyy was awarded the Stalin Prize for the creation and implementation of the machine.

Enactment of the State Defense Committee on May 5, 1943 CDB Uralmashplant was commissioned to create the SPG with 85-mm cannon. Cannon D5-85C for arming SPG was designed in the DB plant number 9 under the direction of F.F. Petrov.

In early September 1943 Uralmashplant sent to the front the first echelon of SPG SU-85. This unit remains the main means of combating tanks of enemy and direct support of their tanks. Total SPG SU-85 during the war was issued in 2650 units.

The appearance of new enemy tanks on the front of the Great Patriotic War enemy tanks made increase firepower of SPG. For this purpose was created SPG SU-100. This unit with the 100-mm gun D10S has been adopted by the State Committee of Defense of July 3, 1944, its goals was direct support for attacking tanks on the battlefield and fight against enemy heavy tanks and suppress its anti-tank weapons.

Cannon D10S was designed in the DB plant number 9 under the direction of F.F. Petrov. It was the same ballistics as ballistics national marine 100-mm anti-aircraft gun (projectile weight - 15 kg, the initial velocity - 900 m / sec). Armor-piercing projectile of cannon from a distance of 1000 m pierced armor thickness of 160 mm. Rate of guns reached 7-rounds per minute. SU-100 proved to be extremely successful fighting machine. The performance characteristics of this plant were higher than in the new tank and anti-tank guns the Nazi army. For the creation and implementation of the SU-100 Designer L.I. Horlytskyy in 1946 was awarded again the Stalin Prize.

After appearing of nuclear weapons was needed to equip an army of equipment that will be suitable for fighting in the new environment. This requirement is concerned and SPG, including anti-tank. It was necessary to increase the range and accuracy of fire, improve mobility on the battlefield and passability the terrain. In 1947, Uralmash’s experts started to develop plants that would have higher rates of mobility and greater ammunition. Team CDB, headed by L.I.Horlytskyy, has developed a model - it was a self-propelled guns SU-100 PM. In 1953, it was taken by the Soviet Army.

In the postwar years, under his leadership was designed tracked armored personnel carrier that has been tested and has been proposed to adopt.

From 1954 until his retirement in 1976 Lev Izrailevich worked leading design engineer in the DB-3 Kirov factory.

Outstanding designer of artillery systems Lev Izrailevich Horlytskyy passed away at the age of 97 years. In one of the articles "Komsomolskaya Pravda" L.I. Horlytskyy was called as ‘a creator Weapons of Victory’. And it is absolutely true, as he created a unit SU-100 recognized as the best self-propelled unit of the Second World War.

M.U.Ilchenko, A.M. Academy of Sciences of Ukraine (From a scientific readings from "The Famous designers of Ukraine" March 29, 2011)