Roald Hoffmann: "Ukraine – a land of contentment of my heart" 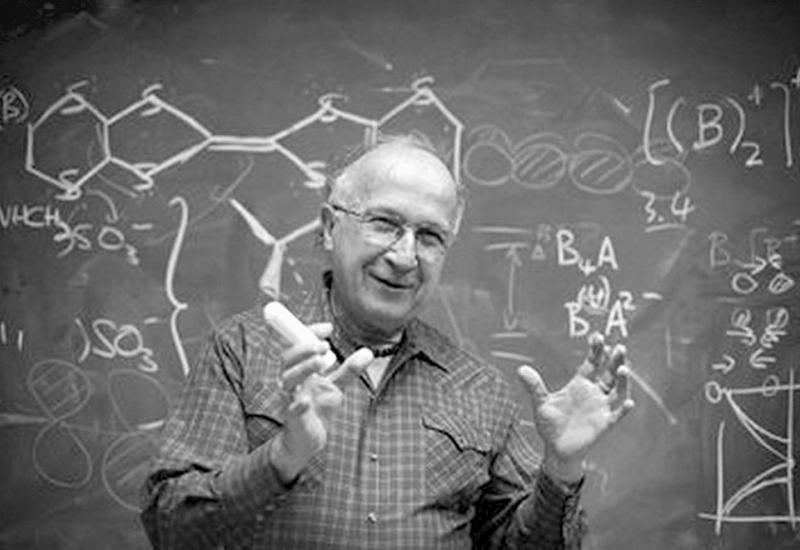 Famous American scientist, Nobel laureate in chemistry Roald Hoffman (birth name – Roald Safran) was born on 18 July 1937 in the city­ Zolochiv in Lviv, then the territory of Poland, into a Jewish family of an engineer, a graduate of Lviv Polytechnic Hillel Safran and teacher Clara Rosen.­­­­­ It is known that his name he received in honor of the famous Norwegian polar Explorer Roald Amundsen.­­

On the question of why he chose chemistry as his profession and did he think even once what will become a Nobel laureate, he says: "Chemistry I chose randomly and for a long time he got the courage to tell the parents that don't want to be a doctor.­ Besides, I thought (now I know mistakenly) that I was a little unable to understand physics. Regarding the Nobel prize, my old friend once reminded me that in 17 years I really wanted to become a Nobel laureate.­­­ But at the time when I graduated, I already knew that if you want to be a good chemist, it is not necessary to turn the Nobel prize on your goal."

During the Second World War the whole family Goffman falls into the Nazi ghetto and then into a labor camp.­ In the beginning of 1943 his father managed to smuggle out of the camp his wife and son in a Ukrainian village University close to Zolochiv. Hillel Safran died from the hands of the Nazis during an attempt to raise in the camp uprising. The same fate awaited the majority of their family members.

Following a year and a half of life Goffman was held in the attic of a rural single-class school, where him and his mother hid the family of a school director. Nicholas Duke and his wife Maria were teachers and lived in the same school with three young children. Senior, Igor, was the same age as Roald. Later Hoffman says about it: "Five of us were rescued by a good Ukrainian family, Nicholas and Maria chose the Good, with great risk to his own family."­ Except mom with her son, there was hiding and my mother's relatives. After many years Hoffman discovered that in Uneve, then by order of Metropolitan Sheptytsky, the monks hid three Jewish children. One of them was Adam Rotfeld, in the future foreign Minister of Poland.

Hoffman recalls that he was five and a half years, when he and mom went to the attic, and seven when they came down.

The window in the attic was not even glazed. That came out to the street was boarded up, and the window of the courtyard is covered with a blanket. Only the world that is in the window - so you can say about one and a half years of a small boy.

A talented scientist, Roald Hoffmann is also a poet, playwright. He has published several poetry books and plays. That's how he remembers in one of his poems about that time:

From the attic the boy saw,
as children played,
but they always ran away
From the window frame.

Once, he saw the girl
in embroidered Carpathian
attire.

The sky was not visible, straps
shutters
was sent down.
He saw the field around the school,
it was always one and the
same,

but the snow turned
dirty mash-up,
then on the grass and then again
at the snow. ...

From the poem "Field of view"

After the war, crossing the borders of Poland and Czechoslovakia, Austria and Germany, visited camps for displaced persons, they with his mother in 1949, moved to America.­ Roald was then 11 years old.

After the war, his mother remarried. Paul Hoffman becomes his stepfather, and Roald gets his name. Stepfather dies two days before the awarded of Roald; to the last days they maintained cordial relations.­

After arriving in the United States – education in middle school, high school – at Columbia University.­ In the summer the young person is faced with a choice of the path. While studying at the University as a medical student, Goffman did not avoid humanitarian studios. "The world has opened my eyes to Humanities courses, which were not related to the natural Sciences, this is what I remember best of the days I spent in Columbia University.­  I almost switched to art history".

As a graduate student at Harvard University in 1960, Goffman, on an exchange program gets into the University of Moscow where he worked with prominent Ukrainian physicist O. S. Davydov (in those years he was at Moscow University, head of Department of quantum theory).­­­­­

Along the way, I will say that in 1965-66 I was also lucky enough to listen to the lectures of academician A. S. Davydov, Kyiv state University.­ T. G. Shevchenko.

Later on, Hoffmann – work at Cornell University, where he received the title of Professor of physical Sciences (1974).

In 1960, Hoffman married Eva Bjornson, in the years 1962-1965 had two children, Hillel Jan and Ingrid Helena.­ Son was named after his father, which almost didn't remember losing it at the age of five.

From the poem "the Golden urn of oblivion" about the impossibility to burn a memory:

For the ceremony
built a great hall,
we are to forget,
to put an end to forget.
Each carries a Golden urn, and you and me.
Some – two or three.
In each urn
– scroll of memory,
written in Serbian
Yiddish, Armenian,
Turkish, Chinese, Hutu,
Croatian and Ukrainian.
A year day after day we wrote,
every day filling,
until there's nothing left,
to record...

Six days people burn
the Golden urn of oblivion.
Fifty-six years ago
they killed you, father.
How can I fill
my urn of oblivion,
if in five years I could not
snuggle up in your lap?

The Nobel prize in chemistry (jointly with Kenich Fukui), Roald Hoffmann was awarded in 1981 for the development of the generalized quantum theory of chemical reactions. It is possible that his interest in quantum theory was triggered by the training in A. S. Davydov.

By the way, the Japanese scholar Fukui Prefecture, with whom Hoffman shared the prize, worked independently from Hoffmann.­ His articles were little known because they were published mainly in Japanese journals.­

The relationship with Ukraine, with the family of Nicholas and Mary Dukes Hoffman managed to recover 10 years after the war. They not only corresponded, but also exchanged gifts. Once Mary Duke asked the mother of Roald to send her yarn for embroidery towel: traditional red, black and green.­ Embroidering these threads also a Ukrainian shirt, Maria sent it as a gift to America.

For the first time in Ukraine, Goffman arrived in 2006.

"When we went to Ukraine, the children of the Dukes pulled out of the chest towel. And it's more than embroidered cloth. This is the connection between our two families."

"I am very happy that I was born in Ukraine. I am happy that the government in Zolochiv and the Unev recognized that this is my home. I'm here. I have a successful career. I have a wonderful family. I'm happy. And infinitely grateful to the family of the Dukes. I wouldn't be here if not for the selfless act of Nicholas and Mary Dukes". Nobel laureate Roald Hoffman bequeaths to his children and grandchildren to always maintain contact with the family of the Dukes and to remember how their ancestors saved a Jewish family.  At the request of the Roald Hoffman Nicholas and Mary Duke was posthumously recognized as a righteous among the Nations.

Hoffman followed the events of the revolution of Dignity with a deep sense of excitement and sympathy.  "This is democracy in action. I saw the power of youth and progress. I wish Ukraine all the best. And if I can, I'll be glad to help."

Roald Hoffmann was awarded the title "Honorary resident of the city Zolochiv", and "on the house of Hoffmann" where he was born, installed an information boards.