Opening of the first dormitory in Kyiv Polytechnic Institute 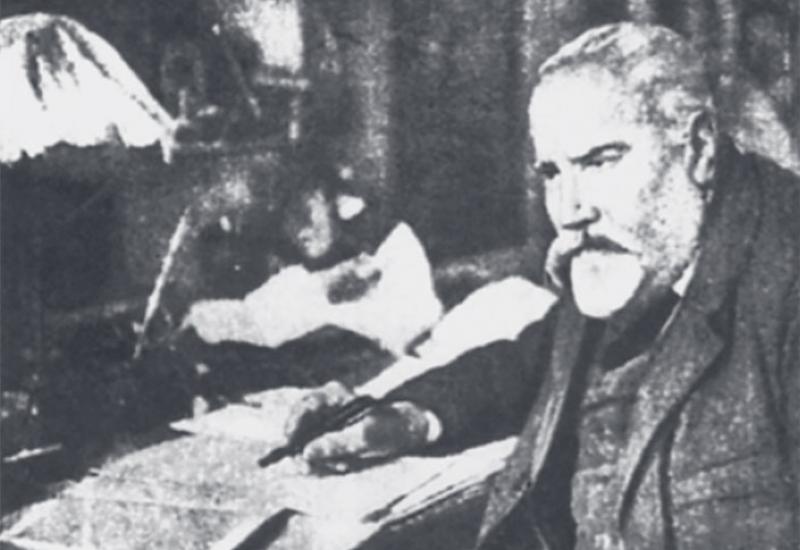 There are not many universities in Kyiv in which educational and auxiliary buildings are all situated practically in the same area. KPI is one of them; consequently, it is extremely comfortable for staff, postgraduate and undergraduate students. Its territory is a kind of “town in a city” inside which one can find the whole campus with its own self-government authorities and administration. The history of the campus is an integral part of the development history of the university.

The project of the first dormitory in KPI was created at the end of 1899. It was elaborated by architect O. V. Kobelev. According to the project there were two dormitories to be built, and each of them would be designed in a way that 300 people could live there. It meant that 600 people would be provided with subsidized housing. The plan of locating those dormitories in the university area seemed to be rather unusual and even colossal.  Besides, accommodations for a library, music and dance classes and entertainment room were about to be provided for students.

The first director of KPI, prominent scientist V. L. Kirpichov participated  actively in creating the project. Academic Board approved elaborated by V. L. Kirpichov and O.V. Kobelev plan of dormitories building. The upcoming dormitory was about to look like a two-stored building with rooms for one or several people; there was a head of the dormitory, and his flat was on the ground floor and had a separate entrance, other rooms were for common use (rooms for staff, steam kitchen, isolation ward, bath, laundry, reception for visitors etc.) Thereby, the project of the dormitories turned out to be quite successful as it met all household standards of that time (to some extent of our time, too). And what is more, that plan was elaborated for the long term. Back at that time the KPI Board was planning to make a network of dormitories and that fact practically meant laying down the campus foundations.

Despite the cheapness of the project, the administration of the KPI didn’t manage to collect the needed sum of money to implement it as Ministry of Finance of the Russian Empire refused to promote the new university in providing those living conditions. The retirement of V. L. Kirpichov in 1902 delayed that process for a long period of time.

Meanwhile, the housing problem for many KPI students sharpened year by year – the fee for apartments was growing steadily in the city. As a result many students of the university turned out to be in a quandary. In such circumstances, Society for needy students (SFNS) decided to solve the housing problem of the students from KPI. One of the regulation points of that society directly concerned the construction of the dormitory, and one of its leading activities was to collect funds for the dormitory construction. Thereafter, only members of that society were to be provided with the subsidized housing. According to the report of the SFNS Committee, in particular, in January 1, 1906, the construction budget of the dormitory was 6,500 rubles rent and 77 rubles 72 kopecks on Savings Bank’s book. It should be noted that revenues were coming extremely slowly and sometimes nothing was received at all. For example, it happened in 1905. However, the sum was still growing due to interests. Famous philanthropist, sugar manufacturer, active member of the organization of the KPI, L. I. Brodsky provided a tangible support. He bought all necessary property for the dormitory (furniture was provided by the firm "Con", Kyiv). Thanks to that SFNS managed to save some money.

Trying to accelerate the process of solving the housing problem for at least a small number of students and at the same time taking into account temporary financial insolvency of the society, special SFNS committee began to search for a profitable lease of certain premises. The deed ended happily.

From 1908 to 1911 K. G. Dementiev, professor, author of many scientific papers and textbooks in building material technology held the position of the director of KPI. The official opening of the dormitory was held during his supervision (31 August 1908).

The dormitory was established in a rented room of a private house of S. N. Mescheryaka. The upper floor of 19 living-rooms was occupied by 35 students (the head of the dormitory owned one room). SFNS took into account the problem of students who had families and allocated two family rooms from a limited residential properties. Students lived only 9 months in a dormitory (for the summer months, they paid half of the required sum). Professor Bazhaev who headed the corresponding commission was responsible for the supervision of the first KPI dormitory, but directly the dormitory was supervised by the head and several students – the prototype of the modern student board. Rooms were equipped with such objects as: a bed (one for each person), wardrobes, writing desks and tea desks, washbasin etc. In general, rooms’ furnishing was simple, but they were provided with all the necessities.

To ensure the full functioning of the dormitory SFNS committee approved provisional rules for admission and residence in the dormitory in August 14, 1908. The main authors’ idea was to create favorable living conditions for learning and refreshment to all residents – KPI students. The significant words of the SFNS head, the district factory inspector in Kiev province A. A. Mikulin, delivered by him at the opening of the dormitory, remain actual even today. He said: “… the key to its [dormitory’s] success I want to see in the idea that those who live there will consider it to be not foreign but their own student business."

The article is based on archival documents of the State archive in Kyiv (f. 18)

The author is thankful to legal counsel of NTUU “KPI” campus I. A. Bakynska for help in searching the materials.