A Word about the Father, or a Heart given to KPI – Serhii Havrysh 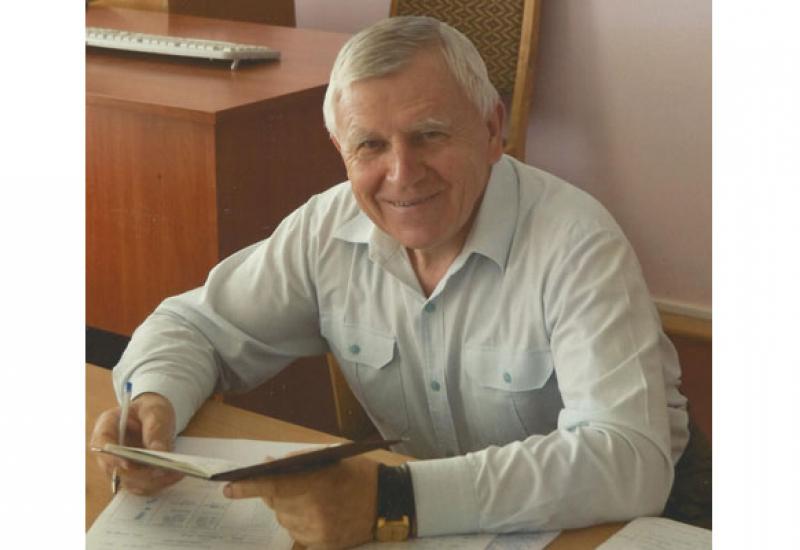 On the first of April 2016 on 79-year the heart of Human and Teacher with a capital letter stopped beating – Serhii Havrysh. Extremely sensitive, hard-working, modest, honest and simple man - he gave 55 years of his life and his heart to our KPI. Here he met his destiny, Alla, with whom he lived happily in marriage for more than 52 years.

Serhii was born on November 10, 1937 in Zinkiv of Poltava oblast in the family of farmers, Andrii and Hanna. After graduating from Zinkiv high school №1 he got pedagogical education in Veliko Sorochinske and Lokhvytske Teachers College. He worked for seven years as a teacher of Zinkiv school №5, military service in Balta Navy, retired to the reserve with the rank of chief officers.

In 1961-1975 he studied stationary in graduate school, he worked as an engineer and senior engineer at the Department of Steam and Gas Turbines of the Heat Power Faculty of KPI. In June 1974 he successfully defended his thesis for the degree of candidate of technical sciences in "Steam generator and steam gas turbine enginering". From 1975 to 1989 S. Havrysh worked in Rectorat of KPI as the deputy and then chief of scientific research sector of SRD.

From September 1989 until the last days of his life Serhii worked as an assistant professor of the Department of the Safety of Labour and Environment of KPI (from 2007 - Department of Labor, Industrial and Civil Safety of IEE). Over the past more than a quarter century, he taught four specialized disciplines at FAS, ITC, FHPE, IPP and others. He supervised diploma projects of bachelors, masters. About 20 of his students have become winners of various competitions of student research and final papers, scientific and technical conferences and others. Overall, during the teaching Serhii taught thousands of students

SerHii is the author of over 150 scientific and methodical works, most of them are in collaboration with students. Among his creative achievements are unique textbooks stamped by MES of Ukraine: "Labour safety in telecommunications" (2011, 2014) and "Labour safety in heat power" (2015). He is a co-author of the monograph "Kyiv Polytechnic Institute - Essays on History" (1995).

For conscientious work Serhii was marked by state awards, medals "For Developing Virgin and Fallow Lands" (1963), "In memory of the 1500th anniversary of Kyiv" (1982), "Veteran of Labor" (1987), medal of the Ministry of higher and secondary special education of the USSR "For great success in work" (1985, 1987), honorary distinctions of the Academic Council of "KPI", the USSR Ministry of education and the National Committee of trade unions.

In 2014 the state of Serhii’s health deteriorated, he bravely struggled with serious illness and overcame it. He found the strength to recover fully and continue to work for his native country and KPI. Serhii dreamed for many years of fruitful work, had that strength and inspiration. Unfortunately, the human heart has its resources. Serhii’s one suddenly stopped on the first day of April 2016. Finally, he asked people to thank everyone who worked with, knew, simply lived nearby. Let the people do not believe that there is not Serhii among us, who gave his heart fully to KPI. Our glorious KPI holds and will hold such simple, humble and hardworking people.