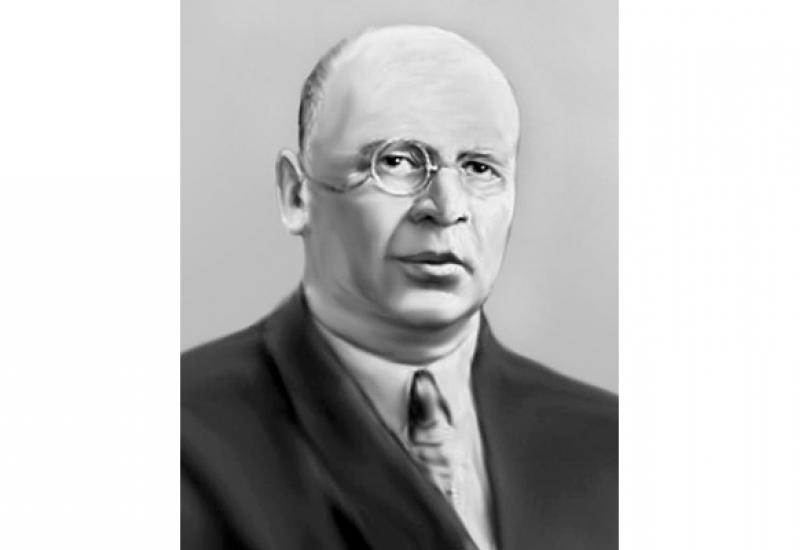 Dmytro Pavlovych Hryhorovych - is Ukrainian aircraft designer, creator of the first seaplane ever. He was born in hardworking intelligent family. He was studying in real college, in 1902 he entered Igor Sikorsky Kyiv Polytechnic Institute mechanical department and started attending air-swimming club. Here he fell on love with aviation for whole his life .

Before graduating from Igor Sikorsky Kyiv Polytechnic Institute he went to Belgian city of Liege, where he studied аerodynamics and engine theory. His first sport biplane G1 with power of 25 horsepower Hryhorovych built with bamboo and tested on January 10, 1910. Fedir Tereshchenko, who have also studied in Igor Sikorsky Kyiv Polytechnic Institute  and dreamed to become  aviator , was interested in Hryhorovych's developments. Soon there appeared sport airplanes -G2 and G3, where the  constructor and executor of all work was Hryhorovych and the patron of the arts was Tereshchenko.

Since 1912 D.Hryhorovych has been a technical executive of 1st Russian aviation association. In 1913 he constructed his first flying boat M-1, in 1916-flying boat M-9 and first in the world hydroplane- destroyer М-11. In September, 1916 lieutenant Yan Nagyrsky did two corkscrew loops in a row on a flying boat M-9; nobody managed to replicate the " Nesterov loop" on flying boats of other constructions.

During the First World War Hryhorovych's constructor bureau created over 10 hydroplane types. They were produced in USA, Great Britain, Italy and France following the projects which Russian government sold out abroad.

On 1 June, 1917 Hryhorovych founded own research aircraft factory. During hunger in Petrograd he moved with his family to Kyiv, then- to Odessa. In 1919 he worked in Katerynoslav, Simferopol, Sevastopol. In 1922 Hryhorovych was assigned as technical executive and head of State Aviation Factory N1 in Moscow. In 1923 with his help there was engineered the first soviet destroyer I-1, in a year- I-2. In 1925 the constructor was assigned as head of Marine Research Aircraft Department in State Aviation Factory N23 in Leningrad.

On September 1,1928 Hryhorovych was arrested, accused of sabotage and became a prisoner of Bytur prison. During 1929-1931 he worked in Central Constructor Bureau-39 SJDP with M.Polikarpov. In April 1930 they developed a destroyer I-5.

In spring 1938 Hryhorovych was assigned as executive of newly organized Constructor Bureau in Novosibirsk. But he hasn't reached Siberia: he got I'll and on 26 July of the same year , being 56, years old, died from leukemia.

In general, D.P.Hryhorovych created 80 planes of different types, under his leadership S.Korolov, S.Lavochkin, M.Kamov, V.Shavrov have been working, who later became outstanding constructors of aviation and rocket technology.