The history of the formation and adoption of the state flag of Ukraine. To the 20th anniversary of Ukraine's independence 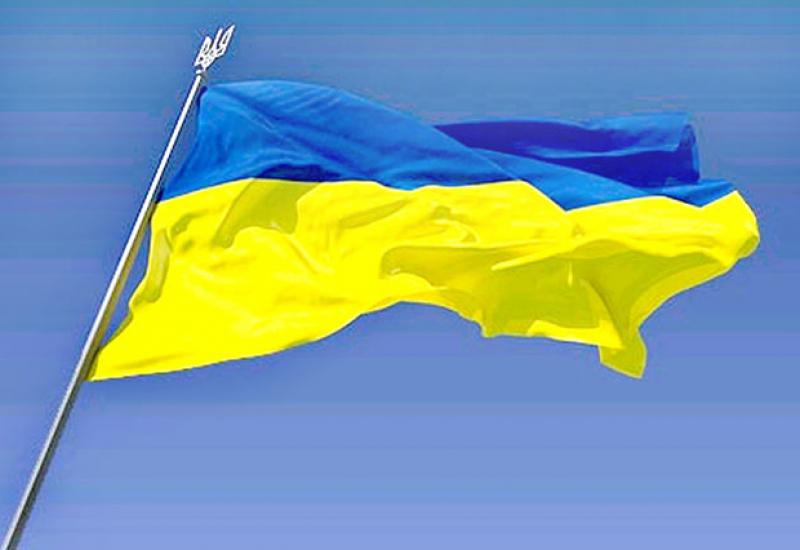 Flag as a symbol, first as a means of signaling, originated in ancient times. It was first used in Europe and spread to the Ukrainian lands in the Middle Ages. A piece of cloth attached to the spear, pointing to the place of gathering of warriors most often was considered as a flag. At that time not a single army went ot camping or engaged in a buttle without flag. Slavs, according to Karamzin, adored their flags, and believed that in time of war they are holier than all the idols.

Banners were carried together with weapons, were set as higher as possible, so every warrior could see them. Chronicles have preserved expression - navolochit banners, that means to attach them to poles; set the banners - symbolizing readiness troops for fight.

Historical sources tell us meager information about the colors that were used in the Kyiv Rus. Author of "The Tale of Igor" remembered red (chervlenoe) and white colors.

Some modern scholars derive tradition use the yellow-blue colors since pagan times. It organically woven into the Christian religion, and today in the Orthodox churches Fire and Water - most of holiness, which are expressed through the yellow and blue paint. Under the rules of vekseology colors in multi-colored flags should be top-down - the first is called the color which is the top, etc. The combination of yellow and blue (cyan) color has deep roots in our lands. Take, for example, the famous Battle of Grunwald in 1410, in which the combined forces of the Slavs and Baltic peoples defeated German iron knights. In this battle, representatives of the Ukrainian people took an activ part. Polish historian Jan Dlugosz notes that the banner of the Lviv Land had on it a yellow lion climbing on a rock on the azure field, and banner Peremishlivsk land had a yellow eagle with two heads facing in opposite directions equally on an azure field.

As proof of the historical roots of traditions combination of blue-yellow colors in Ukraine testifies that when the city of Lviv was founded in 1256, it was granted coat of arms, which depicts a gold lion on a blue background. The same colors combined on the flags of Russian Voivodship during the Rech Pospolita.

Flags (banners) have been widely used in the heroic Cossack hetman time. In the Cossack army there were mainly three kinds of banners: 1 - the banner of entire army or hetman, 2 - regimental banners, 3 - banners of hundreds. According to the " History of the Zaporozhye Cossacks" of D.I.Yavornitsky- banner - this is scarlet silk headscarf with the image on it in the middle either white Polish eagle, when the Cossacks were in the Polish king, or double-headed Russian eagle, when the Cossacks moved to the Tsar of Muscovy, and on the sides - the Savior and the Archangel Michael. In ancient times, the Cossacks used the flag of the states in the service of which they are.

First Cossacks were given the flag - the battle flag with the Polish eagle - by King Stefan Batory in 1576. In its privileges King, in particular, pointed out: "Because Cossacks are fighting Tatars very well - gave them the banner..."

In 1594, Ukrainian Cossacks were on Tsesar service and received the Austrian flags. With this flag they fought against the Polish-Lithuanian Rech Pospolita during the uprising of 1594-1596 led by Hetman Gregory Loboda, Matthew Shaul and sotnik Severin Nalivaiko.
Banner - the most significant shrine of the Ukrainian Cossacks. Gold image of Blessed Virgin Mary - the patron of the Cossacks of Zaporizhzhya Sich often was embroidered in it. Realizing the importance attached to the Cossacks banners, Polish gentry always tried to sign a truce in the Cossacks on the condition to give them (banners) away. So, in 1598, negotiating with the rebels Armistice in Solonitsa under Lubna, Polish Hetman Stanislaw Zholkovsky demanded Cossack hetman disband his troops and give away the banner Maximilian

There is evidence, descriptions of the flags which were given to Ukrainian Cossacks by the Government of the Russian state. Syrian traveler Paul of Aleppo being in 1654 in Bohuslav, which head quarters of Hetman B.Khmel'nickogo were, noted: army had a banner of the brave and good christian Hetman Zenobia of black and yellow silk, in the band, with a cross on the board.

From different written records is clear in Cossack army for a long time there was not one type of Cossack banners, and reigned randomness, the same with flags' colors of. During the liberation war of 1648-1657 Cossacks used flags of different colors. Eyewitness assault Cossacks m. Gomel in 1651 wrote: " At 8 hours early when changing of the guard saw the first red banner with a white cross and a white border, and then shows a second, red banner, and near it - three white and two black and two blue and yellow".

Since the XVIII century regimental and company banners of Cossacks became generally made of blue cloth with yellow paint stars, crosses, weapons were plotted. Tradition of using the Cossacks yellow and blue colors is confirmed by the fact, that on the eve of the Great Patriotic War there were in the Hermitage Cossack flags with a combination of these colors. On one of the flags - Archangel Michael, dressed in a gold cape and blue pants. On another banner wich was created 28 February 1774 at the expence of the last koschevoi of Zaporizhzhya Sich Peter Kalnyshevsky- an elongated rectangle of blue color, on which there are bright golden emblems.

With the elimination of Zaporizhzhya Sich, military, territorial and other flags disappeared. Inside Ukrainian lands, which were part of Tsarist Russia, it was possible to use only the white-blue-red flag of the empire.

With the revolution of 1848-1849. associated the appearance of Ukrainian flag (yellow and blue) in the Austro-Hungarian part of Ukraine. In October 1848 Chief Rus Council in Lviv took the yellow-blue combination of colors of the flag. These color combinations quickly spread to the Ukrainian land, were at that time part of the Austro-Hungarian Empire, and after the revolution of 1905 - 1907 in Russia - and in the Dnieper Ukraine.

With the start of the First World War 1914 - 1918 the combination of yellow and blue colors was spread in Western Ukraine. These flags are accompanied at Western Ukrainian lands the celebrating the 100th anniversary of the Great Shevchenko.

March 22, 1918 the Central Rada in Kiev adopted the law on the national flag of the People's Republic of Ukrainian, which was yellow and blue. In 1918, during the Hetman Pavlo Skoropadsky, the order of colors was changed to blue and yellow. So it was remained during the Directory.

In November 1918 in Lviv, Ukrainian National Council approved the Temporary basic law, which gave its name to the country again - the West Ukrainian People's Republic ( WUPR-ZUNR).

Article 5 of the law proclaimed state flag - blue and yellow.

March 20, 1920 adopted the edge blue and yellow flag for the Transcarpathian Ukraine, March 15, 1939, he was adopted as the national flag of Carpatho-Ukraine.

In Soviet Ukraine it was impossible to speak about the distribution of yellow and blue colors. So, there were inventions that blue and yellow paint Mazepa borrowed from the Swedish flag, that these colors were on the flags of the period of the Directory and for Hetman Skoropadsky, and more - in the Organization of Ukrainian Nationalists.

After Ukraine became part of the Soviet Union (December 30, 1922), it was a new flag: red with crossed hammer and sickle, a five-pointed red star, fringed with gold, and at the bottom - the abbreviation of the USSR.

November 21, 1949 the Presidium of the Supreme Soviet of the USSR adopted a new flag: a horizontal bar (two-thirds the height of the flag) - red, and the lower (one-third) - Blue. At the upper band - gold crossed hammer and sickle on them red five-pointed star, fringed with gold.

With the proclamation of the independence of Ukraine paid tribute to the blue and yellow flag and determined its national symbol of the Cossacks for centuries. Ukrainian people could not reject the historical tradition of creating their own state under that banner. A January 28, 1992 the Verkhovna Rada of Ukraine adopted the national flag blue and yellow flag.

In this way, we see that it was a blue-yellow flag has all the features of the Ukrainian national character. Ukrainian for the colors of clear sky and wheat field. Not by chance the combination of the colors we see in the logo of Euro 2012, where on a blue background depicts a flower of a sunflower.

So, these colors were born in the depths of the Ukrainian people, without any outside influences. Ukrainian flag, which has long been a national symbol, was in accordance with Article 20 of the Constitution of the State Flag of Ukraine. And today, our blue and yellow flag fluttering in every town and village in Ukraine. He rises and the main body of our glorious NTUU"KPI".

V.V.Kuksa, Assoc. the Department of History