Originally from Warsaw, the heart of the Pole, and the talent - a citizen of the world. Frédéric Chopin 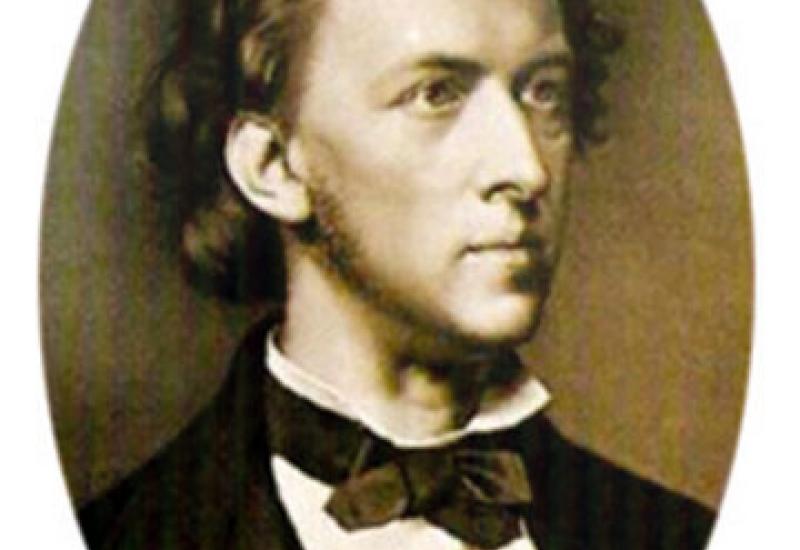 2010 year is the two hundred anniversary of the birth of the great Polish composer-romantic Frederic Chopin. "Oh, Chopin" - the joyful cries are heard. Though there are probably those who have no clue who it is. Let’s now escape from the monotony of everyday life and recall the genius composer who opened to the world the Polish people soul and during his lifetime became for compatriots the symbol of a struggle for the liberation of the oppressed homeland. This artist’s works after almost one hundred years after his death remained as alive and relevant, during the Nazi occupation of Poland, that Germans have forbidden on pain of death execution of his works. Let’s remember the man, who had among his pupils and friends many Poles from Ukraine.

Frederic Chopin was born on March 1, 1810 near Warsaw in the estate Żelazowa Wola in the tutor’s family. The father of the deep national genius was a Frenchman. A rare musical talent of Frederick was manifested very early. Eagerly he listened into piano play and his mother singing, did not leave the instrument during music lessons of his sister Ludwika, who later became his first teacher. At the age of five Chopin has confidentally played small pieces. And given that the "teacher" was three years older, she was playing mediocrely, and her "teaching experience" was limited to classes with her brother, it is easy to understand that little Chopin, in fact, began to play alone. Parents responded to the exceptional abilities of their son and six years old boy was sent to study at the experienced and famous in Warsaw Czech teacher Wojciech Zhyvny, who became his only teacher of piano playing.

Frederick soon began to write music. In seven years in greeting to the birthday party of his father, he wrote: "It would be easier to express feelings using sounds." The fame of the young prodigy instantly spread through Warsaw, Poland and later the world. But more on that below.

Chopin's first public appearance took place at the end of February 1818. Since then, the virtuoso often plays in his father’s friends houses, and became a welcome guest in the salons of the Polish aristocracy and the palace of the Grand Duke Constantine.

Due to poor health Chopin got primary education at home. Later he joined the Warsaw Lyceum and graduated it in 1826 with a certificate of merit. Then he continued his studies at the Main School of Music Yu.Elsner, who later called him "musical genius."

To further develop and improve talent in 1829 Chopin visited Vienna and Prague, and with each new appearance on the scene there were more and louder applause that pleasantly surprises composer.

At a concert in 1829, Frederick met his first love, the first ideal, first muse. She was a singer Constance Hladkovska. That's when Chopin approached the young progressive writers, leaders of romanticism, among whom were also natives of Ukraine, Mauritius Mohnatskyy, Stephanie Vitvytskyy, Józef Bohdan Zaleski and others.

November 2, 1830 after a brilliant farewell concert at the National Theater, Chopin left Warsaw forever. But to the end of his life Chopin was in thoughts at home. And just there - on home soil of his native people - he truly felt happy.

In 1815 it wasappeared on the political map the Kingdom of Poland that was part of the Russian empire, but had the right of autonomy. Over time, these rights are increasingly cut, that sowed discontent and irritation of the Polish people. Subsequently, brutal repressions were started in the country, thousands of people were sent to prisons in Siberia. At that time when the situation in the country was very difficult, Chopin most worried for his countrymen, but he could do nothing. It should be mentioned the letter to J. Elsner, from which it is clear the patriotic feelings of Frederick: "From the day that I learned about the events of 29 November, by which time I did not feel anything but incredible anxiety and sorrow, and in vain Malfatti assures that every artist - cosmopolitan. If this is so, then as the artist I was still in the cradle, but as a Pole I am thirty years old ... "

February 26, 1832, Chopin gave his first concert in Paris and held a place of honor at the Paris Olympus. Later, F. Liszt wrote: "I remember his first appearance in the hall Pleyel, when the applause that grew with double force seemed could not reproduce our enthusiasm ..."

Although this concert as the previous ones, brought great fame to the composer, there were also the signs of financial hardship. But within a few months he began teaching activity that up to the end of his short life was an essential element of his income. In addition to professional pianists, his students were representatives of many aristocratic families. In his letter to a childhood friend Frederick D.Dzevanovsky he ironically spoke about his success in the salons of the Parisian elite "Artists love and respect me. People with big name dedicate me their work before me; thus Piksys his latest variation of the military orchestra dedicated me. Conservatory students, students Mosheles, Hertz, Kalkbrenner - in short, real artists - take my lessons, put my name next to the name Fild - in short, if I was still stupid, then I should consider that reached the pinnacle of my career ... "

Subsequently, Chopin pieces were began to by published by Parisian musical publishers. In Paris, Chopin was speaking with many Polish writers, among whom was the famous A. Mickiewicz.

Regarding personal life of the artist, this is more complicated. Many women caused Frederick passionate feelings. And only one - the famous writer George Sand - he connected his life with. However, their love was not for long. The last years of his life, Chopin spent alone without family. October 17, 1849 in this world there was one gene less.

In February of this year the Third International Symposium on the 200th anniversary of the birth of Frederic Chopin took place in Warsaw. There I proudly presented our country. In its report, "Chopin. Look of Ukraine "I first on the international level talked about Poles who were born in Ukraine, who were close to the great composer, as well as many Polish musicians from Ukraine, who have made a significant contribution to the study of his creative legacy.