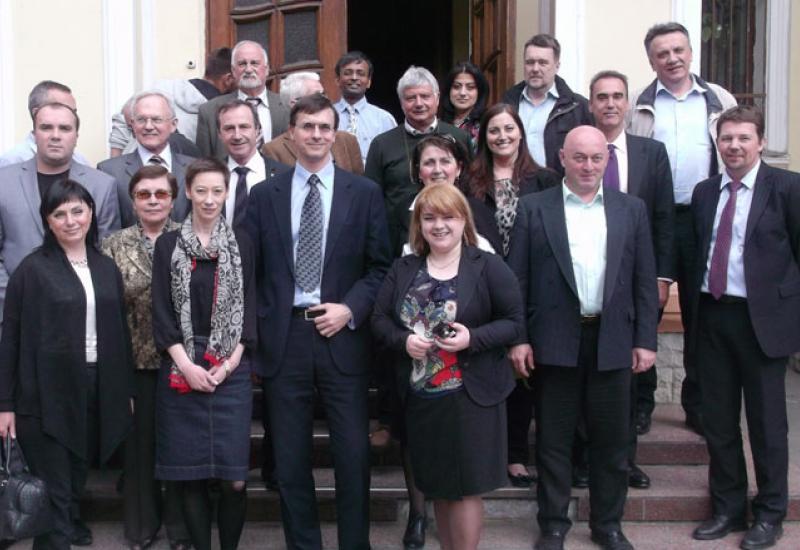 On the meeting of coordinating council of the ACTIVE project of EU, the students’ mobility program ЕRASMUS MUNDUS, which was held April 28-29th  2014 in Moldova, in the capital of Moldovan  republic, Kishinev, were selected 120 students, students of post graduate course and staff from 19 partner universities (the first dedicated team) and other 6 universities of the East Europe – countries participants of the project (the second dedicated team) which get the grants for participating in project on the first stage.

Among the first project participants – 10 representatives from our university from 34, who sent the application for project participation. Among them were 2 staff, 2 students of post graduation course and 6 bachelors and masters.

The biggest interest in the project showed students and staff from Moldavian technical University – nearly 70 persons. Though the coordinating council have some recommendation from Europe commission about giving places to different countries and universities project participants, it was decided to take into consideration activity of Moldavian and give them 18 grants. This decision was different from EC decision on April 28th about giving Moldova a status of visa-free country with EU. The last was met with happiness by the citizens of Kishinev and celebrated with huge cultural events on the city squares, where participants were different layers of population, and was accompanied with fireworks.

The peculiarity of the ACTIVE project is that that a great number of quotes on getting grants, on the recommendation of European commission was giving to the representatives of the second team of participants, that included universities and science institutions of that countries of the East Europe who are the partners of the project. On the first step were get 19 grants. Most of them, comparatively with scientific and educational institutions, got the representatives from KNU of T.Shevchenko, that is the result of a great rating of this university in Europe.

The number of those who want pass the education or science training in our university increased  this year. Our university announced the list of different disciplines which can be tought in English. This time our university got 23 applications from representatives of EU. Besides studying the disciplines which are connected with the main discipline is effective. It is because the main claim of the project is to enrollment received results at basic university. But among 23 applications there were no speciality of technical steam in NTUU “KPI” of bachelor or master courses tought in English.

On claims of the project, representative that sends the application in project participation, doesn’t give a mark to his candidate.  In some situations university coordinator can get the information about the candidate only in coordination council, when there are rates based on the documents of participant. That’s why it is so important to form the application in the right way, so the project consultants always ready to help with it. Besides, while communicating we can have the opportunity to see the other sides of the candidate that is very important in case of assertion his right for a grant in coordinating council.

ACTIVE project has just began. There are 4 years of work and opportunities to get to know and work together with colleges from European universities. It will be useful for developing the educational system and increasing competitiveness.