The helicopter landed in the KPI 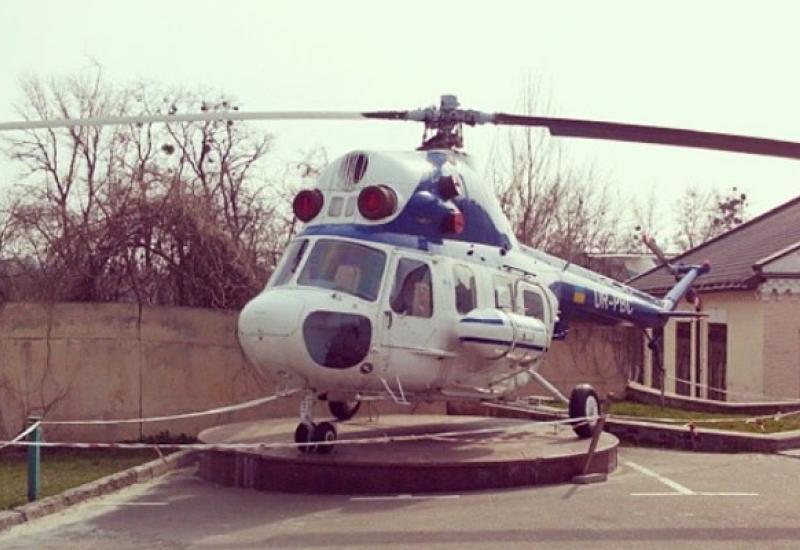 June 15, The Technical Museum in the open air NTUU "KPI" was added with a new exhibit. The helicopter Mi-2, a gift of the Ministry of Defense, was installed at the site near the former hangar, and now the branch of aviation and astronautics SPM. It is located near the monument founder of rotary-wing aircraft I.I. Sikorsky.

Mi-2 - Soviet multipurpose helicopter developed by the Experimental Design Bureau (EDB) Mil in the early 1960s. It is widely used in civil and military aviation. Mi-2 and Mi-2M are manufactured in different versions: passenger, transport and freight, health, agriculture, aerial photography, a training and sports options, as well as in the version for the control environment. Military options included armed reconnaissance, anti-helicopter and helicopter gunships.

Serial production was deployed in Poland (it is the only helicopter that was made outside the USSR). More than 5,400 machines rose into the sky on all continents of the world. Mi-2 was set world speed records in 1963 and 1965. Even Valiko Mizandari of comedy "Mimino" flew the Mi-2. The maximum speed of the helicopter - 210 km / h, range - 580 km, take-off weight - 3.5 tons, it can carry 6-8 passengers, the length of the rotor blades - 3 m, sizes 17.4 3.25 3.75 m , power - 2400 hp, fuel consumption 0,235 t / h. For more than forty years of its history "dvoechki" turned into "learning party" for tens of thousands of helicopter specialists and gave incomparable feeling of free flight of hundreds of thousands, and perhaps millions, of people .

Thanks to the initiative of the University administration, perseverance SPM staff, especially Michael Yegorovich Shulga (formerly Chief Engineer Aviation Border Guard of Ukraine, he was involved in the fighting in Afghanistan for six months to solve organizational issues), a veteran Mi-2 after recovery repair at the Konotop plant landed on the territory of the KPI . From now on - it's not just a museum piece, visit card of the University, a popular place for meetings and recreation polytechnics, it is a dream come true testimony of a former student KPI I. Sikorsky - the man who solved the riddle of Leonardo da Vinci and gave people the wings.

Light multipurpose helicopter Mi-2 design bureau named after M. Mile. First flight - July 9, 1961, the start of serial production - in 1965. It is used to perform many civil and military applications.

The only Soviet helicopter manufactured abroad. Since 1965, the series was made in Poland. There were built more than 5,400 units.

The fuselage of the Mi-2 has a semi-monocoque metal construction and consists of three parts:

The power plant is located in a large superstructure above the fuselage of the helicopter. There are ahead of a three-stage main gearbox two engine "GTD-350", and on top - the fan that cools the oil cooler and the main gearbox.