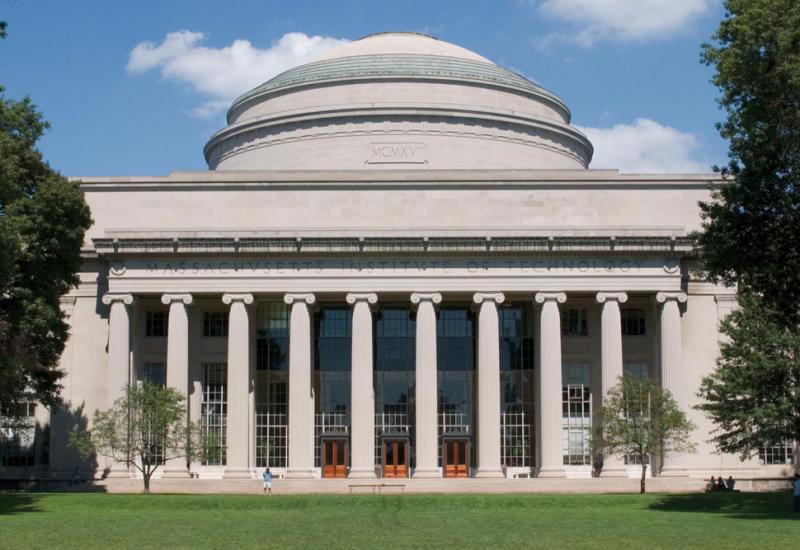 "KPI" is one of the largest technical universities in Europe which operates as a research type university. Sometimes KPI is compared by value with the famous American educational institution - Massachusetts Institute of Technology (MIT). So what about this Institute? It is believed that MIT is a mecca of computer technology, the world leader in science and technology, innovator in the field of robotics and artificial intelligence. The Institute is also known in many fields including biology, management, economics, linguistics, political science, philosophy.

The Institute was founded in 1861. Its motto is Mens et Manus (Latin for "Mind and Hand"). The principles of new educational institution were: the educational value of useful knowledge, necessity of learning my means of actions, association of professional and humanitarian science. Such principles have passed into MIT philosophy – “Learning consist not only of manipulations and instant scientific details that can be applied in practice but also knowledge and understanding of basic scientific principles and their explanations”. Subsequently, scientific and engineering trainings were focused more on practical skills mastering and less on theoretical subjects. It is the first place where teaching laboratories were used directly for academic activities. According to information sources MIT is the only private university in the US dealing with the problems on the Earth, in water and space.

MIT was substantially changed by engaging in military research during World War II. Inventions that were financed by government had provided a fantastic increasing of research staff of the Institute and private laboratories shifting the emphasis from students for graduate students.

Nominally coeducation of men and women has begun in 1870 when Ellen Swallow Richards entered the Institute. However female students were in a minority. In 2005 women accounted for 43% of students and 29% of graduate students. In 1998 MTI was one of the first major institutions that recognized the existence of systematic injury against women – teachers and supported their efforts to remedy the situation.

Institute philosophy says that it is impossible to obtain a diploma as an honorary degree. It is possible only by means of hard studying – graduating from MIT should be a reward. Honorary professor degree could be granted only in exceptional cases, for example, in the case of Winston Churchill and Salman Rushdie.

The number of students at MIT is more than 4,000, graduates - more than 6,000. Institute guarantees living at the dormitory within 4 years of studying; freshmen must live there. Number of teachers is close to one (professors - over 600 and 200 of are women). Number of young researchers not engaged in education is about 2.5 thousand.

In 2007 there were received more than 11 thousand entrance applications and a number of freshmen reached 1.5 thousand people. One study year costs 33 000$. 48% of all bachelors go into science. They continue their studies in the most prestigious educational institutions - MIT, Harvard, Stanford, California (Berkeley) universities and others. There has been spent a lot money for scientific researches (in 2006 - 587 million dollars). In 2006 at the University were about 2,800 foreigners from nearly 100 countries, approximately 400 students, 2400 - competitors. Every year nearly 16 thousand graduates of other universities wish to continue their studies at MIT but there are selected only three thousand.

MIT has a second total ranking among three hundred best universities in the world according to The Times (2004-2005 g.): The first - in technology and engineering art and the second in science.

University campus building named Stata Center is famous for its extraordinary architectural design. It cost $ 300 million for the building and 15 million for the project. In addition to classrooms, laboratories and various services there is a pool, gym, nursery etc. The lobby has original design, in particular, there are student exhibited "hacks" - a fire hydrant, police car and so on.

By the way, "hacking" (ordinary mischief as the author's opinion) is at a premium. Beginners (guests) are proudly told about it at the Museum of student antics aside a separate stand.

President Jerome Wayzer in 1971 – 80 biennium advanced the idea which was approved by students and their successors: “To get education at MIT it's like to drink water from a fire hydrant”. And in 1991 that idea came into life. One winter day when the majority of students was concerned about the exam near the fountain with drinking water in front of the largest audience in the Institute appeared a real pavement hydrant with hose and tip.

Traffic light at a pedestrian crossing that leads to the main building, has two lit red and green lights inscription: "stop" and "go."

Legend tells the story when students clouded to the dome of the main building the police car, placed the dummy with donuts inside and turned on the siren. Since then, the dome was the favorite "expositional platform" for jokers. Number of vehicles which had to take off from there is really huge.

Two most famous "hacks" associated with American football. Typically, the finalists every year are three teams: MIT, Harvard and Yale universities. Status of university teams among the students is very high. The best players become local stars. And who doesn’t love native team? In 1982 there was a competition between Harvard and Yale. Somewhere in the middle of the first half middle on the field a bubble began to grow (inflatable ball). Slowly increasing it caused a stir: no one had known what to do. Later on the bubble surface people had noticed the inscription: "MTI - 1, Harvard, Yale - 0". That's the advertising! More than a meter installation that was buried in the ground to inflate ball you can see in Museum of the University.

In 1948 another jokers were not so lucky. They were caught and their plan with huge MIT – letters and pyrotechnics hadn’t work.

Last year graduates (according to local audiences) scattered in front of campuses colorful plastic devices with the size of a human growth - blocks, pins, balls, etc.

Perhaps promotion and encouraging to unconventional behavior and creative thinking became MIT philosophy and now MIT boasts a record number of representatives who have become Nobel laureates. In the history of the university there were 62 such persons (7 of them are working here and now).