The auditorium named after V.O. Hristich has been opened 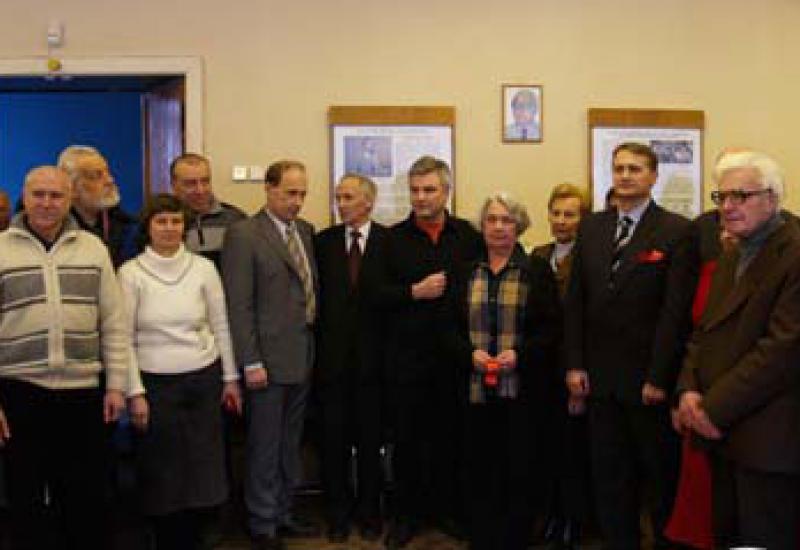 Staff and students of the FHPE are well remembered Vladimir Olexandrovich Hristich. He was imposing, mobile and curious to everything. For many years in laboratories and industrial facilities he conjured over the combustion process. His abilities as a scholar and a tireless organizer are contributed to the creation of scientific school on rational fuel combustion and reducing of the environmental pollution by toxic products of combustion.

The area of V.O. Hristich has been associated with the development of rational organization of means of combustion at high and variable surplus of air, creation of a gas turbine and combined cycle combustion chambers, increasing the efficiency of mixing, stabilization of combustion, the reliability of the fuel-burning equipment to reduce emissions to the atmosphere of toxic products of combustion, thermal destruction of harmful industrial emissions.

Scientific readings, named after him, were initiated at the FHPE. February 23, the auditorium that will now bear the name of an outstanding teacher, honored worker of science and technology, professor V.O.Hristich was opened solemnly at the department of thermal power plants thermal and nuclear power plants.

The colleagues and students of the scientist made speeches at the opening ceremony. In particular, G.B.Varlamov, vice-rector for educational work, noticed that Vladimir Oleksandrovich was eager for knowledge and very hardworking person. PhD thesis he defended at the Department of steam and gas turbines KPI at the age of 25 years.

Head of the Department of HPEI and NPP corresponding member of NAS of Ukraine N.M. Phialko, in particular, said that in the mid-70s of the last century, when the Soviet Union was developing rapidly gas industrial and gas transportation facilities, staff of the department headed by prof. V.O.Hristich in agreement with the two ministries - Gas Industry and Higher Education of the USSR - created at the Faculty within the specialty "Industrial power" specialization in training-gas turbines experts for the gas industry. For 10 years it was the only unit in the Soviet Union that was preparing such specialists .

FHPE Dean prof. E.M. Pismenny reminded that Vladimir was a wise mentor and educator of youth. He prepared 4 doctors and 22 candidates of technical sciences, including those for foreign countries: Poland, Algeria, Syria, Libya, Lebanon, Cuba. He has published more than four hundred scientific papers, including 13 monographs and textbooks, received 40 patents.

Prof. G.M.Lyubchik shared with colleagues his memories. He recalled 1972-1974 years, when V.O. Hristich worked as a teacher, head of the National Institute of Thermal Engineering Section of oil, gas and chemistry in the city Boumerdes (Algeria). Professor L.A. Kesova spoke about the work of Vladimir Olexandrovich at the post KPI vice-rector for educational work (1979-1988).

Wife of Vladimir Oleksandrovich - Alla Stepanovna and his son thanked the management NTUU "KPI" and FHPE for the memory of her husband and father. Alla Stepanovna expressed confidence that the disciples of Vladimir Oleksandrovich continue work which he devoted his entire life, and their scientific achievements will be recognized in the world, both in time and labor. A younger generation learn polytechnics in his textbooks and cherish the memory, immortalized in the title of the audience.